My Conversations With An Urban Muslim 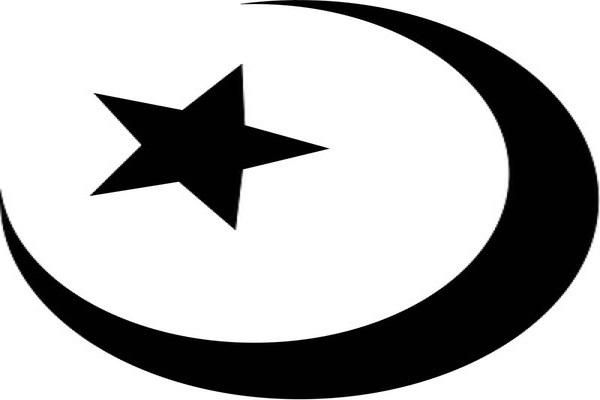 It was long since I visited the beauty salon I used to, I had not been there post demonetization. This beauty salon is owned by a Muslim man and located in a relatively posh upper middle class neighborhood market. This shopping market is quite cosmopolitan, though small. When I had gone there for the first time three years ago, I never knew it was owned by a Muslim. In fact, I didn’t get to know his religion for one whole year. I don’t wish to get into the details of whether or not it matters to me (and the extent if it does or does not matter) that I go to a Muslim owned parlor, but my going there finally did give a great insight into the mind of a hard-working urban Muslim. He works for 12 hours almost every single day.

I can’t remember exactly how I got to know that he was indeed a Muslim, the appearance and his nick name never suggested so. Almost clean shaved, short hair, no skull cap, no beard man. So, I went there last week after a gap of many months. He smiled on seeing me, greeted very warmly in Hindi, said ‘ You have come after a long time mam, it is always interesting to talk to you about politics and religion’. I replied that I had been busy.

Personally, I have had no problem with Muslims, also I have always lived in a Hindu majority area in Bharat. I disapprove strongly the Abrahamic theology, which mainly means I don’t approve of the Islamic & Christian values. Of course, I am a believing spiritual Hindu, though a bit modern, yet staunch.

So I went for a basic hair cut this time. He was already eager to talk to me about politics. As my turn came and I settled on the chair, he said ‘ So mam, UP elections are approaching’. The entire conversation with him is always in Hindi. I know that he is from Meerut, a UP town close to Delhi. So I asked him, ‘What do you think, is the family fight between Mulayam & Akhilesh fake?’

He seemed a bit disappointed with Samajwadi party. He shook his head in a ‘No’. Said, ‘It wouldn’t have stretched so much if it was fake, it might cost them some votes, BJP might gain because of that’. I asked him, ‘What about Mayawati?’ He was unsure. ‘The whole situation is too unsure’, he uttered.

The TV channel in the salon was changed to a news channel. It was some news on Baghdadi, the terrorist. He looked at me and said, ‘Don’t know when this man will die, he is maligning Islam’. I coolly replied, ‘somebody else will take his place, aren’t there too many of them?’

Few years back, I had read somewhere about the concept of Taqqiya in Islam. I never believed it initially. Though I know he cannot totally be himself as I am his client, but he does not do absolute Taqqiya for sure, may be just a bit of it. His salon is popular, and I know he works hard to earn his bread. Given a situation, he might even defend me from a stranger. But both me and him are bold enough to have an open, honest-to-an-extent conversation. Sometimes, the other people sitting around appear very shocked when we talk.

As i said the above, he replied, ‘so what, at least he should die’. Then, some news of Kareena Kapoor flashed on TV. I said, ‘They have named their baby Taimur Ali Khan’. He laughed a bit and said, ‘They were telling about Taimur on TV, he killed many Hindus, but then he killed many more Muslims’. I said, ‘Though I don’t know the source of this information, even then assuming it correct, does it matter how many Hindus a Hindu has offended when a Hindu offends a Muslim, is it ever considered that way? Hindu kings also fought with each other, that’s a part of Monarchy rule, but over-killing because the other side is non-believer in your God, this concept does not exist in Hindu Dharma’.

He nodded his head & said, ‘I too don’t approve of this name’. I continued, ‘first you convert a Hindu woman because you can’t marry otherwise, then obviously all your kids are Muslim’. He agreed, ‘that’s a part of our religion, we can’t help it, but it is only by Allah’s barkat that a person decides to convert’. I didn’t say anything right then, after a moment I said, ‘I don’t believe this, I can never convert and there are many like me.’ He said laughingly, ‘when it will dawn upon you that you wish to convert, you won’t even realize and just do it’. I told him that it is not possible with me.

He asked me if I had heard some great Hazrat’s story. He mentioned the name but I couldn’t hear it as there was lot of noise around then, and I didn’t bother to ask him again. He started narrating the story which was not fully audible to me and I heard it in bits. What he meant was, in the beginning of Islam, most in the Arab were Jews and the very few Muslims used to remain hidden to save themselves. That’s when that Hazrat ji faced threats and someone came to kill him. He was trying to convey that the initial set of Muslims struggled hard to survive and it was the power of that struggle that Islam has expanded so much. Then he added, ‘It is the people like Baghdadi who are maligning Islam’. I couldn’t decide how to respond and just looked at him with a tight lipped smile.

He had told me long back that he had studied in a madrasa. After that, I had never asked him any sources of history stories that he narrated. After a long pause, I said, ‘Hindustan will be a Muslim majority country one day, isn’t it? What do you think?’ He was candid about it. ‘Yes, looks like’, he said. He added that he couldn’t really help it. I wanted to say that he could discourage religious conversions, but I chose to keep quiet. I couldn’t help thinking that an urban non-English speaking Muslim, probably considered moderate, has a great deal of clarity on future, as compared to an urban non-English speaking Hindu.

He probably sensed my disappointment and changed the topic. He asked me, ‘So which party do you think will win UP election’. I replied that I had no clue but added , ‘Going by the law & order of the state, all Yadavs and Muslims might still vote for SP’. He smiled and said, ‘Yadavs are just 3% or so I guess’. I shrugged my shoulders that I didn’t know the stats. Then he said, ‘Akhilesh has worked hard for the state’. I told him, ‘After what happened in Kairana & Deoria, it means nothing for me as a Hindu’. He nodded his head in approval.

After another long pause, he said, ‘May be your party, BJP gets a high number of seats’. I replied, ‘BJP is not my party, I just support them as of now’. Then I added, ‘There is no real Hindu party as yet’. Then he joked, or may be mocked the likes of me, ‘Mam, why don’t you start a political party, I’ll support you’. I just laughed out loud.

Then I asked him, ‘What do you have to say about demonetization?’ He said, ‘The limit of 2.5 lakhs was less, unreasonable’. I told him that the intention was right but implementation was slow, I didn’t know what else to say. Then he said, ‘Except for salaried class, every single person has suffered at least some loss’. I just nodded. Then he added, ‘This time I had voted for Modi in Lok sabha’.  Obviously, I would never know if he actually did. After all, he had many parties to choose from, he is a special voter.

Finally when I was walking out, he said, ‘Mam, you are one rare person among my clients with whom I talk like this, I get to know what people like you think’.  I replied with ‘same here’. I walked out lost in thoughts, contemplating but quiet outside.