The Congress high command was caught napping and let go a trusted lieutenant of the party who was pushed to the wall by two old warhorses of the party who chose to come together to tame a promising stallion. The high command consists of 2 members and one of them is supposed to be a close friend and confidante of the Maharaj and when even the Maharaj cannot get an appointment with his friend as he is busy feeding his pets the battlelines are bound to be drawn. 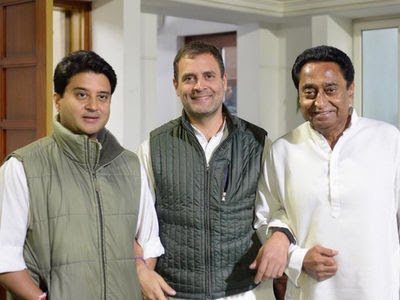 The autocratic functioning of Kamal Nath and his joining hands with his foe turned friend Digvijay Singhto oust a common enemy combined with the high command blindfolding themselves has ensured a home made crisis for the Congress. If a man of Jyotriaditya’s stature has to go with a begging bowl for a Rajya Sabha nomination then you cannot blame him for deserting the party.

Digvijay played his part in the whole drama by artificially blowing up the crisis through his independent MLA’s who threatened to withdraw support if not given cabinet berths which was Singh’s way of wielding power in the State. The junior Scindia got choked in the political quagmire and took the call.

The last straw could have been the dithering on the Upper house nomination but the storm was already brewing since 2018 when even though Jyotiraditya was a joint face in the election campaign he was conveniently sidelined in State politics. He was offered a deputy CM post which he declined and was not given the PCC post which he wanted.

He was disgruntled to such an extent that he was heard saying to his close associates that his position in the party had been reduced to that of a tea serving peon. Kamal Nath chose to hang on to the President’s post inspite of being the Chief Minister on the advice of Digvijay Singh. Sonia and Rahul chose to be passive in the whole scenario perhaps waiting for a full blown crisis to unfold and when it unfolded they were caught napping. 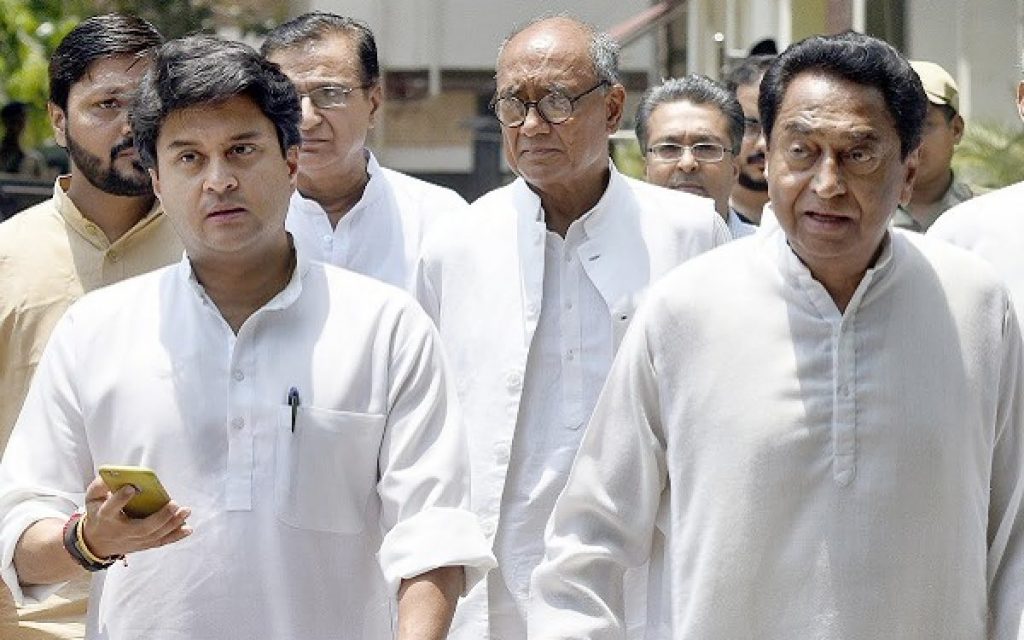 Rahul’s comment that Jyotriditya was one of the few people who could walk into his house without any qualms is hard to digest and is more of a face saver for his mother who failed to read the situation and undermined and underestimated the young Scindia. Since Sonia took over as interim President, the dependence and prominence of the old guard has been evident.

One saw that in Rajasthan where Gehlot was preferred over Pilot and also in self-imposed crisis State Madhya Pradesh where young Scindia was sacrificed for the veteran and Sonia’s confidant Kamal Nath. The political compulsions for selecting veterans over youngsters in a party which has been out of power at the centre and most of the states and is cash starved are not hard to fathom.

However, if you keep the young guard (which is no long young) under wraps for long, the repercussions are bound to happen as they did in MP. Now the onus is on Kamal Nath, Digvijay Singh combined (who engineered Scindia’s defection) to prove their mettle on the floor of the house and justify the confidence reposed upon them by Sonia Gandhi.

As for the former MP from Guna, his Rajya Sabha nomination being secured by his new found love, the onus would be on him to justify his elevation to the house of elders and also a probable cabinet berth by ensuring the fall of his bete noire Kamal Nath and his government when the floor test happens.

However, he will have to reconcile himself to playing second fiddle to the likes of Shivraj Chouhan and others in the Madhya Pradesh BJP. The fallout in Madhya Pradesh could have strong reverberations for the Congress in Rajasthan, where the Gehlot government which enjoys a thin majority and has a similar young old power sharing and tussle could feel the heat.

Interestingly Gehlot is turning out to be the man Friday for the party in the current crisis. His crisis management & that of his much vaunted and touted party veterans will come to the test in the coming budget session in Madhya Pradesh.