Congress party’s student wing NSUI has expelled 7 of its members for saying Jai Shri Ram. NSUI’s East Singhbhum unit in Jharkhand had expelled the members and barred them from participating in party activities for 3 years after they sent ‘Jai Shri Ram’ in their WhatsApp group. The reason for their dismissal has been cited as violation of organisational protocol and ‘promoting a particular religion’. 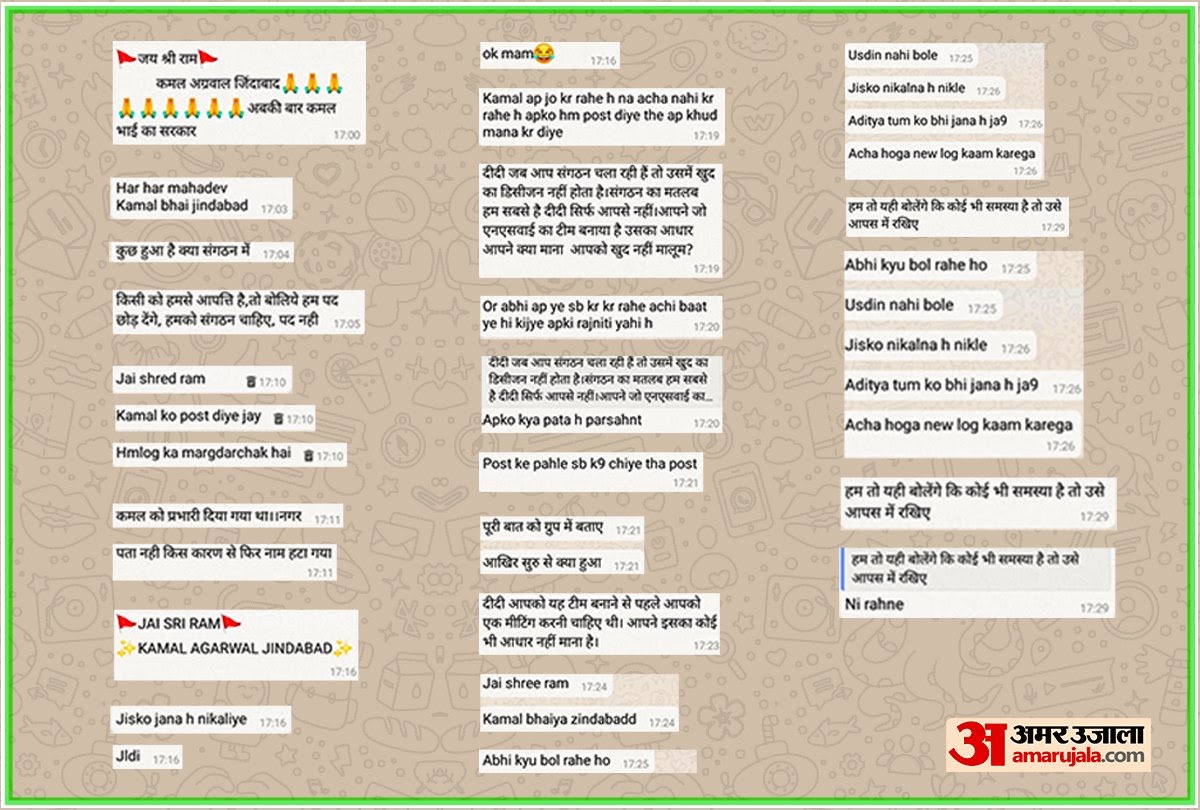 Hindustan Times got hold of a copy of the official letter of expulsion which says, “Congress and NSUI are not based or inclined to any particular religion, it’s not a party or organisation of any particular religion. There is no need and place for leaders resorting to such acts”. NSUI district president Rose Tirkey alleged that the expelled members Kamal Agrawal, Raj Mahato, Rahul Giri, Anand Singh, Prashant Kumar, Lav Kumar and Jayanto Pramanik indulged in anti-party activities and promoted factionalism against her.

She made it clear that secularism is the foundation of Congress and NSUI and so promoting a particular religion crosses party lines. She has also accused them of continuously posting against her in social media and causing mental trauma. Expelled member Kamal Agrawal wondered, “Doesn’t everyone have the right to practice their religion in this country?” and that they simply greeted each other with Jai Shri Ram, similar to how Sikhs greet each other with Wahe Guru.

BJP accused this move as anti-Hindu, drawing parallels between how Mamata Banerjee took objection to Jai Shri Ram slogan being raised in West Bengal and ravages the state with post poll violence. Congress ex-President Rahul Gandhi had recently tweeted about a fake news of a Muslim being forced to say Jai Shri Ram in UP. He had tweeted that he was not ready to believe that true devotees of Shri Ram could do it. However within days his party’s student wing has exposed his and the party’s fake concern for Hindus and Bhagwan Shri Ram. If Congress is not inclined to any religion and there is no place for such leaders then how is Rahul Gandhi staying in the party after fooling Hindus with “I am a janeudhari Hindu” statement?