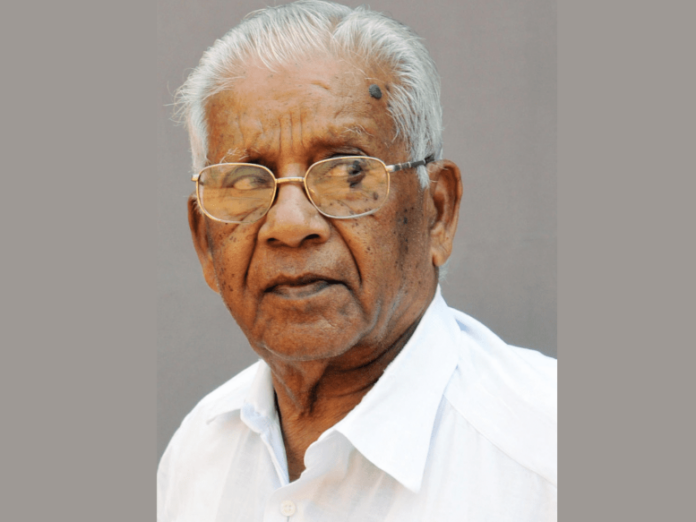 The Congress has always been Hinduphobic in the name of secularism and has been associated with Hinduphobics. Recently, Congress’ Pa Mallesh made Hinduphobic comments and targeted the Brahmin community while speaking at the book release function of Siddaramaiah.

A Deccan Herald report on the development says:

Brahmin organisations in Mysuru have filed a complaint at the Kuvempunagar police station against Congress member Pa Mahesh for allegedly making derogatory statements against Brahmins and Brahminism in a public event.

They alleged that he spoke lightly about the Veda, Upanishads, and pontiffs of Mutts, and they urged that action be taken against him. The case has been registered under sections 153A, 295 and 295A of IPC.

Pa Mallesh allegedly made these derogatory remarks at the event to release the book Siddaramaiah 75 authored by Dr Harish Kumar at Ramagovinda Rangamandira at Ramakrishnanagar on November 15. The leaders of the organisations have even planned to host a protest against him on 21 of this month.

The Congress in Karnataka is in damage control mode after the anti-Brahmin remarks made by socialist Pa. Mallesh in the presence of senior party leader Siddaramaiah. Mallesh’s remarks against the community triggered protests, while complaints were also lodged against him.

The Congress party, worried over the development, had also directed Siddaramaiah to issue a clarification to tackle the situation. The Leader of the Opposition on Wednesday clarified that he respects all communities equally and maintained that he never indulged in insulting anyone nor will he do it in future.

He further asked Brahmin Mahasabha President and senior advocate Ashok Harnalli not to continue the matter any further. Pa. Mallesh, who is a close associate of Siddaramaiah, has also expressed his regret over his statements.

In its complaint, the Mysuru district Brahmins’ Association pressed the police to register an FIR under IPC Sections 153 (A) (promoting enmity between different groups), 295 (defiling place of worship with intent to insult the religion or any class), 295 (A) (deliberate and malicious acts, intended to outrage religious feelings).

Pa Mallesh while releasing the book “[email protected]” in Mysuru had stated that under no circumstances should people trust the Brahmins and Brahminism, adding that the Vedas and Upanishads have destroyed this nation.

“People should follow Buddha, we all have Buddha on our side,” he had stated. He further claimed that Brahmins were behind in increasing the maximum limit of reservations to 60 per cent from 50 per cent. Siddaramaih who was on the dais did not react to any of the statements and remained quiet. After the issue turned controversial, Siddaramaiah maintained that although he was on stage, he did not hear what Pa. Mallesh said.

It must be emphasized that anti-Brahmanism is only a cloak to mask one’s hatred for Hindu Dharma. In typical neo-Ambedkarite fashion, Mallesh urged people to embrace Buddhism instead of Hindu Dharma. As HinduPost had highlighted earlier Neo-Ambedkarism and Neo-Buddhism are nothing but naked Hindu hatred. Ambedkar’s 22 vows are all about hating Hindu Dharma as Veer Savarkar pointed out in his article.

Congress leader Siddaramaiah conveniently made the excuse of not having heard Mallesh but it is hard to believe. However, Congress leaders are known for their Hinduphobia. Recently, Tamil Nadu Congress president KS Alagiri justified an ally’s speech that the purpose of the Congress alliance is to destroy Sanatana Dharma.

Hindudvesh (Hinduphobia) is the DNA of the Congress. As Veer Savarkar had warned, “even if there is no apparent threat to Hindu Rashtra at present, Hindu society needs to be vigilant regarding the rise of this type of Buddhism that is against Hindu Dharma”. Hindu society must be cautious of people like Pa Mallesh who cloak their Hindu hatred as anti-Brahmanism and promote neo-Ambedkarism.