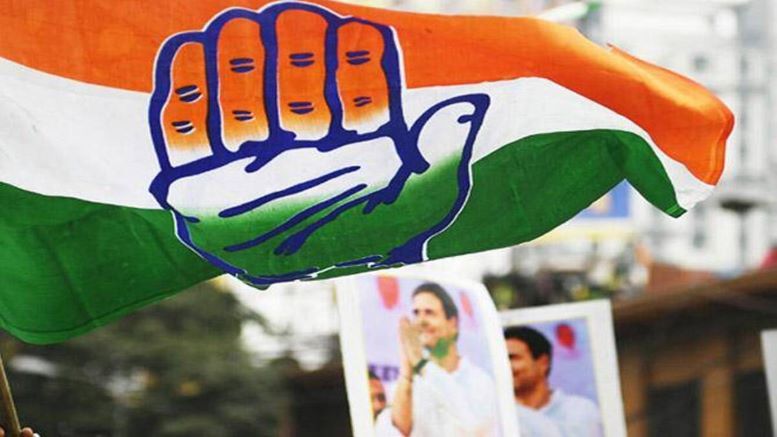 That Congress is anti-Hindu is all too well known but it is now plumbing newer depths in Hindu hatred by putting out appalling messages in the name of wishing on Hindu festivals. The party’s anti-Hindu bigotry was amply apparent in the Dhanteras ‘wishes’ posted by it on social media (SM).

On the occasion of Dhanteras, Congress opined that there was nothing to ‘celebrate’ since women were supposedly not safe in the country. The question, however, is apt in the case of Rajasthan, where the party is in power.

It shared an image quoting The Hindu newspaper that said “crime against women saw over 63% rise in 2021 so far”.

Dhantrayodashi, also known as Dhanteras, is the first day of the five-day-long Deepawali celebrations. On this auspicious day, Maa Lakshmi is said to have emerged from the churning of the ocean. It is also a day to pray to Bhagwan Kuber who is the Hindu deity of wealth and prosperity.

We can expect Congress to play spoilsport during every occasion cherished by Hindus with the party moral lecturing and political messaging. If you thought, this was just a one-off incident then here are the party’s greetings from Deepawali in previous years.

The loaded political messages in both tweets are hard to miss. It is one thing to be opposed to Modi and quite another to translate political rivalry into Hindudvesh. In fact, it is crystal clear that the party simply wants to use Hindus and Hindu festivals for politicking. While according to the party Diwali is a sombre occasion not worthy of being celebrated, in contrast, Eid and Christmas are happy occasions to be cherished.

Despite the “rising crime graph against women” in 2021, the party wished ‘happiness, peace, & prosperity’ on Eid and didn’t find the need to ask “what do women have to celebrate this Eid”?

We would have expected ‘Kaul Dattatreya Brahmin’ Rahul Gandhi to bring some cheer to Hindus but he appears to be caught up in coding and sending out political messages during Hindu festivities.

‘Janeudhari Brahmin’ Rahul Gandhi also seems to suffer from a phobia of Hindu deities as is evident from his tweets none of which carry images of Devatas or Devis in whose honor the festival is celebrated.

For all its ‘concern’ for the safety of women, states where the party is in power, have simply failed to protect womenfolk. Several instances of sexual assault on minors have been reported from Chhatisgarh. Rajasthan is another state where the crime graph against women has seen an upward trend.

The party has taken upon itself the task of mocking Hindus. Even during Janmashtami this year, the party’s councilor from Punjab Sukhraj Aulakh had allegedly passed despicable remarks against Hindu women, Hindu Dharma, and its rituals. However, with the party and its on and off President Rahul Gandhi both pouring scorn at Hindus and Hindu festivals, is it any wonder that the party workers and leaders follow suit?

Festivities are occasions to spread happiness and cheer but for the party and its leaders, Hindus are forever in need of ‘moral lecturing’ thereby making Hindu festivals a time for virtue-signaling. It would be better if Congress doesn’t send out any wishes on Hindu festivals rather than making a mockery of all that Hindus hold sacred and dear!