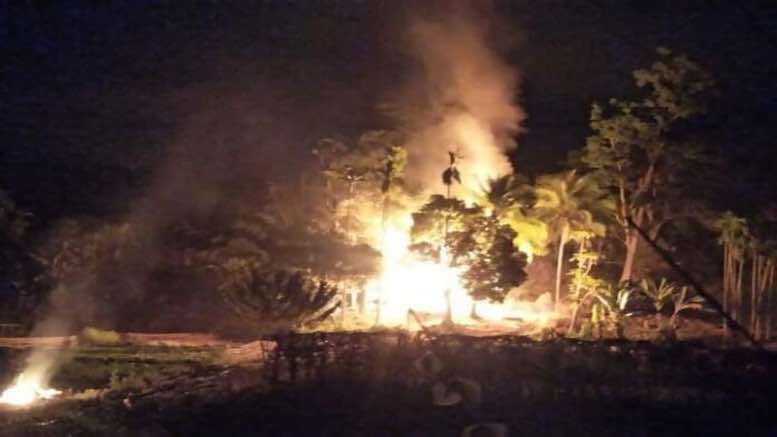 Last week, 10 persons were injured and 20 houses burnt down as a result of a clash between residents of a “disputed” area along the Assam-Mizoram border, police sources said. According to Assam officials, the incident took place at Jalnachera – Kachurtal in Hailakandi district of the state over a dispute related to the construction of a road on its side of the border.

“A fight broke out over the construction of a PMGSY (The Pradhan Mantri Gram Sadak Yojana) on the Assam-Mizoram border on our side. Some Mizoram residents obstructed the construction and it led to a fight between residents of both states and several people got injured,” said Dilip Kumar Dey, DIG (Southern Range), Assam Police.

Speaking to The Shillong Times, Hailakandi Superintendent of Police, Pabindra Kumar Nath said that situation was under control even as some pressure groups staged a road blockade in the area in protest.

Three persons on the Assam side got injured while three persons from the Mizoram side also sustained minor injuries in the clash, the SP said. Police personnel dispersed the crowd on reaching the spot, he added. The SP said a group of revengeful people attacked the residence of a Principal of a missionary school at Gharmura in Assam. The wife and the daughter of the principal were also injured. The school is run by a Mizo.

While returning to Mizoram, miscreants burnt down at least 20 houses on the Assam side. Over 100 people belonging to 20 affected families are staying in relief camps.

According to Hindustan Times, “Though construction was taking place in Assam, Mizoram claims the territory to be disputed. The injuries sustained by the six persons are not serious. Of the three from Assam, one was discharged after first aid while the two others were taken to Hailakandi Civil Hospital,” Nath said.

A Mizoram police officer in Aizawl, however, said that two employees of Mizoram power and electricity department and a member of Bairabi village council were thrashed by the local people from Assam territory after they had gone for a survey in the bordering area.

Since October last year, several inter-state border skirmishes have taken place along the Assam-Mizoram borders and over 50 people were injured and more than 25 houses and shops had been set on fire on the Assam side.

The National Highway (NH) 306, the lifeline of Christian-majority Mizoram, connects the mountainous northeastern state with the rest of the country via southern Assam. Three districts of Mizoram – Aizawl, Kolasib and Mamit – share a 164.6 km inter-state border with southern Assam’s Cachar, Hailakandi and Karimganj districts.

The tension along the two northeastern states had intensified after a bomb blast at an Assam government school in October last year and the alleged abduction of 48-year-old Intyaz Ali from Lailapur and his subsequent death in the Mizoram government’s custody on November 2, prompting the local residents to agitate. Then on 3 February, a school in Hailakandi district was again damaged due to two bomb blasts carried out by unidentified hooligans.

Katlicherra MLA Suzam Uddin Laskar (AIUDF) told The Telegraph in Guwahati that he would raise the matter in the Assam Assembly session starting on Thursday, seeking a permanent solution to the border row. According to him, the people of Mizoram have encroached “at least 20km land” in Hailakandi district ‘under the nose’ of the BJP-led state government.

Hailakandi is Muslim majority with the community making up over 60% of the district’s population as per Census 2011. It is considered a stronghold of the Islamist AIUDF party led by Deobandi cleric and businessman Maulana Badruddin Ajmal, who is accused of facilitating the infiltration of illegal Muslim immigrants from Bangladesh. Congress, AIUDF, Communist parties (CPI, CPI-M, CPI-ML) and Anchalik Gana Morcha have joined hands to form an alliance for the upcoming Assam assembly elections.