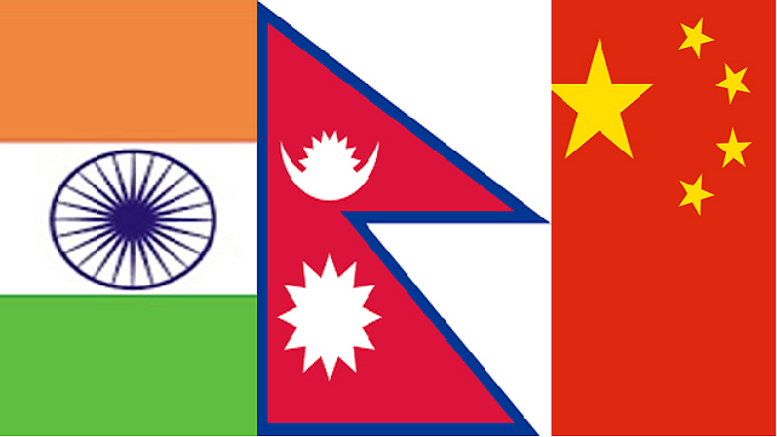 Xi Jinping’s much hyped rendezvous with Bharat’s PM in 2019 was followed by the former’s visit to Nepal, the first by a Chinese premier in 23 years. The timing of the visit to the Himalayan kingdom by Xi Jinping and the subsequent 56 billion rupees package has the Nepalese PM Roli singing the Chinese tune and rebuking Bharat. Such was the level of his Chinese intoxication that he bizarrely and be-musingly called Covid-19 the ‘Indian virus’.

Xi Jinping’s political shenanigans and skulduggery are now well known as the whole world has realised. Even as the world is reeling under the Wuhan (Chinese) virus, China has upped the ante regionally and globally to further its sinister designs.

The Communist Party of Nepal’s new found love for their Chinese counterparts and the former’s bold attempt to redraw its borders with Bharat is a part of a surreptitious and sinister design of the dragon. Piggybacking on China’s Rs. 3,500 crore promised aid, Nepal, one of Bharat’s trusted ally in the region has suddenly turned hostile and thrown a spanner in New Delhi’s foreign policy as it stares at another tri-junction face off, with China calling the shots from behind.

The Nepal needling comes close on the heels of border skirmishes between the two Asian giants in Sikkim and Ladakh where China tried to provoke Bharat. Undoubtedly, China is rattled by our government’s decision to screen all FDI from countries sharing a common border with Bharat and also New Delhi joining hands with 62 nations to demand an independent probe on the origin of the Wuhan virus which has claimed over three lakhs lives and left over 5 million infected.

That K P Sharma Oli is driven by domestic political compulsions and trying to deflect attention and thus, openly challenging Bharat is a small part of the whole story.

For the past many years, under Xi Jinping, China has been following a carrot and stick policy whereby it doles out money to weak economies in the name of infrastructure development which it thinks will serve its hegemonist designs and intentions. Most nations have taken this bait of economic development only to get sucked in the debt trap and offer their land and resource as an alternative to repayment. China has menacingly increased its influence in Asia including Pakistan, Sri Lanka, Maldives, Malaysia, Mongolia, Bhutan and now Nepal through this debt diplomacy.

This is in addition to its increasing footprints in Africa and in the South China sea. Faced with an increasing backlash with America taking the lead in confronting China economically and militarily, the latter has upped the ante in pin pricking nations perceived to be backing the US post the pandemic. It has recently increased its presence in South China sea, capsized a Vietnamese boat, made forays into Japan’s waters and when the whole world is battling with the Wuhan virus, China chooses to conduct war games and drills in the south Pacific.

The Nepal instigation is also a part of this exercise of China in letting Bharat know it is not happy with Bharat’s recent postures. But Bharat should stick to its guns in Nepal’s Lipulekh area and also in Sikkim and Ladakh like it did in Dokhlam. The road building activity for the Mansoravar yatra has been going on since 2014 and the 80 km stretch from Pithoragarh district in Uttarakhand to Lipulekh was recently inaugurated by the our defence minister. For the years when this road building exercise was underway, Nepal did not utter a word and it was only when China goaded the Oli government did Nepal act in a terse manner which has made South Block take notice. 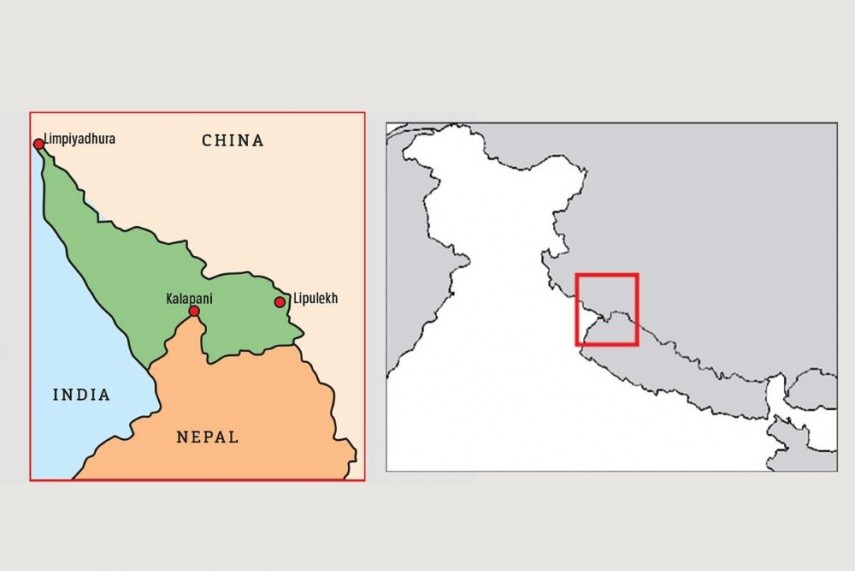 A seemingly benign country like Nepal has attacked our national emblem which no country has done in the past. Nepal has issued a new map which shows Lipulekh, Limpiadhura and Kalapani as part of Nepal. In 1962 during the Sino-Indian conflict, this territory was occupied and used by the Bharatiya army and till 1998 Nepal did not object to our position.

Nepal is going back to the Sugauli treaty of 1816 between the British East India company adn Raj Guru Gajaraj Mishra and ratified in the presence of then Governor General David Ochterlony. which shows the area to the east of Mahakali river as Nepal territory.The Limpiadhura – Lipulekh trijunction on the banks of river kali at an altitude of 3600 mtrs lies at the eastern border of Uttarakhand & Nepal’s Sudurpaschim Pradesh. Bharat believes it as a part of its Pithoragarh district in Uttarakhand.

Historian John Whelpton explains the 5th article of the Sugauli treaty “The Rajah of Nepal renounces for himself his heirs and successors all countries lying to the West of the river Kali and engages never to have any concern with those countries & inhabitants thereof.”

Subsequently, the Kali river marked the western border of Nepal. However, the continuous shifting of the course of the river seems to be the basis of dispute. Even China had no objection to Bharat occupying the tri-junction point until now when China started using its influence over Nepal to make the latter raise the border issue in a boisterous and unabashed manner.

Simultaneously, China is reinforcing its troops across the LAC in Sikkim and Ladakh after soldiers from both sides exchanged blows and a Chinese Major got a bloody nose from our young officer. This underlines Bharat’s new face which China has seen earlier in the Dokhlam stand-off.

China has no remorse for the destructive virus which originated from its land killing 3.5 lakhs and infecting more than 5 million. Instead, it is acting as a world bully and unleashing its debt diplomacy and military prowess to subjugate and suppress countries to toe its line. Nepal is the latest example.