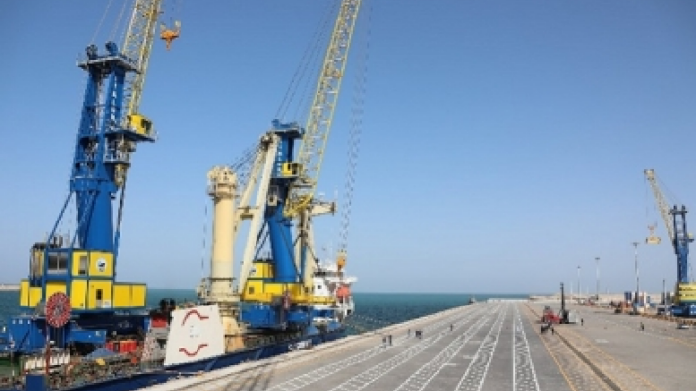 Russia’s invasion of Ukraine has precipitated a series of geopolitical changes that have forced many nations to identify their strategic imperatives and clarify their positions on a number of issues they may have preferred not to address.

Russian action in Ukraine was met with almost universal in condemnation in the Western media and governments. The US and European Union (EU) have led the charge in condemning Russia and individual countries have been anxious to signal their approval of Ukraine and disapproval of Russia with a wide array of actions ranging from economic sanctions to the banning of Russian sports teams and sportspersons to denial of passports and freezing of assets.

It is notable that the EU which is strongly dependent on Russia for the supply of oil and gas has been willing to risk a catastrophic winter of blackouts and condemn their population and businesses to suffering. For the EU, solidarity with Ukraine and opposition to Russia remains the top priority even at the risk of popular discontent.

Outside the West however, the response to US pressure to condemn Russia has been much more ambivalent. Bharat has refused to follow the US in denouncing Russia and has ignored America’s attempts to isolate Russia.

On the contrary, Bharat has greatly expanded its bilateral trade with Russia, importing huge quantities of oil, coal and fertilizer and seeking long term trading arrangements on favourable terms.

Minister for External Affairs, S. Jaishankar defended New Delhi’s stance stating that the interests of the Bharatiya people were paramount, that Bharatiya people could not be expected to pay exorbitant sums for energy and that every country would try to do it’s best for its people.

Jaishankar also pointed out that tensions had resulted in Middle East oil suppliers diverting supply to Europe where demand had escalated dramatically due to the reluctance to pay for Russian oil.

Similarly, the US has followed a policy of isolating Iran, seeking to contain its economy in order to restrict Tehran’s nuclear ambitions.

In its dealings with Iran, Bharat has been concerned primarily with protecting its interests and advancing the development of the Chabahar Port and the International North South Trading Corridor (INSTC) a matter of profound and mutual importance to Bharat and Iran. Notwithstanding some differences on policy matters, Bharat has moved towards a stance of harmonious and cordial relations with Iran.

Bharat is a member of the Quadrilateral Security Dialogue (QUAD), an initiative directed at containing Chinese influence but notwithstanding this, New Delhi’s recent foreign policy moves indicate a shift towards prioritising Bharat’s influence in Central Asia rather than tethering its positions towards American prerogatives.

Speaking at the Columbia University’s School of International and Public Affairs in New York, Jaishankar mentioned that it was in the mutual interest of Bharat and China to find a way to accommodate each other. He made a number of conciliatory remarks, acknowledging China’s achievements in managing its economic rise of the past few decades.

This is indicative of Bharat’s pragmatic approach to foreign policy that seeks to identify areas of mutual benefit and promote its influence by driving these themes rather than adopting a rigid ideological approach to its foreign policy. Bharat’s focus on the INSTC through various investments is part of a drive to secure its need for energy and food security and the establishment of reliable supply chains. The embrace of imported energy, food and agricultural produce is an extension of this doctrine of pragmatism and a focus on mutually beneficial development.

The INSTC is a critically important transport route for Bharat enabling a large volume which was previously not economically or logistically feasible. The global tensions escalating in the wake of Russia’s invasion of Ukraine are focusing minds on the imperative of energy and food security and the need for reliable trading partners.

Bharat’s decision to put the needs of its people first points to further efforts to diversify supply chains and emphasize trade along the INSTC.

In this context, the INSTC presages a move away from a unipolar world-view and signals the potential opening of a new alignment in Central Asia that is based neither around the US nor China, but grounded in the economic needs of regional stakeholders and promises rapid economic development and secures critical supplies for all concerned.