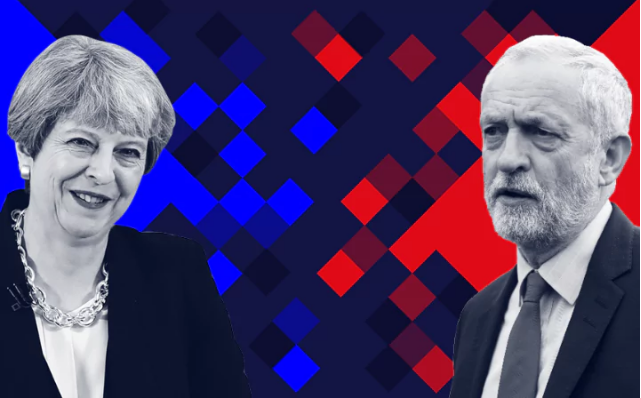 As the snap GE2017 campaign reaches the final week of campaigning, concern about the law on caste discrimination has gained traction in several constituencies. Operation Dharmic Vote aims to galvanise opinion and votes in favour of candidates who sign up against the caste law. Campaign coordinator Mr Mukesh Naker says they are in a position to help those parliamentary candidates retain, regain, or swing seats.

The government’s recent consultation on the caste law makes important concessions. There is no evidence of caste discrimination, says the consultation document, and the term caste is impossible to define. These should have been fatal to the caste provision in the Equality Act as well as the intervening case law, where the courts have sped ahead to create a legal precedent. The Anti Caste Legislation Committee (ACLC), a broad community-based coalition has been saying that the Government’s consultation is devoid of purpose and parliament should proceed to repeal both the legislation and case law. The ACLC has warned of the law’s potential to create conflict within the community, encourage of spurious claims, and foster attacks on the community’s religious and associational freedoms.

The focused campaign by Operation Dharmic Vote should gain greater speed in the final week of voting. Already encouraging advances have been made. Bob Blackman (Con), defending Harrow East, promised to lend support to doing away with both branches of the capricious law. Mr Blackman says: “Having studied the Anti Caste Legislation Committee’s (ACLC) briefing papers on the potential impacts on individuals, businesses, community organisations and public authorities, and their assertion that case law could end up with adverse consequences, if re-elected, I would seek the support of the government and fellow MP’s to repeal both the caste clause in the legislation and Parliament to overturn any adverse judgements in case law.”

Hannah David, who has experience as a solicitor, planning consultant and councillor, said: “I stand with the community to call for a repeal of the caste clause in the legislation thus removing the provision. Further, I would strongly advocate that the repeal takes effect immediately. If elected I will also support the efforts of my colleague Bob Blackman to seek support for Parliament to overturn any adverse judgements in case law.”

Whether any LibDem candidates see it fit to counter their party’s manifesto pledge to “Outlaw caste discrimination” remains to be seen. In so pledging, that party has ignored the lack of evidence, the impossibility of implementation, and the havoc that would be caused for British communities. Labour candidates, whose party has been solidly behind the legislation, have so far shown little solidarity with the community to repeal the legislation and case law. There has been much lip service, fobbing off the electorate with excuses, and blaming the community, which never asked for the law in the first place.

Operation Dharmic Vote’s aim to steer votes towards those candidates committing against the caste law could make all the difference in those seats where the community has become conscious of the law’s arbitrary effects. It is precisely that segment of the electorate the Operation Dharmic Vote campaign hopes to sway. Mr Naker says: “The caste law issue is currently the most important. The community is gaining confidence by understanding its electoral potential and how to use it. Knowing they cannot be ignored will help place the Dharmic voter in a more important position now and in future.”

In Leicester, local Hindu and Jain communities are disappointed that political parties only pay lip service to their aspirations but habitually take their votes for granted. Mr Naker says that imposing candidates, adopting patronising attitudes, using divisive community politics, and not taking account of constituency demography in Leicester has reached such proportions that Operation Dharmic Vote will be urging the community to vote for Sujata Barot, independent candidate for Leicester East. The likely support she will gain will be a wakeup call for the political parties.