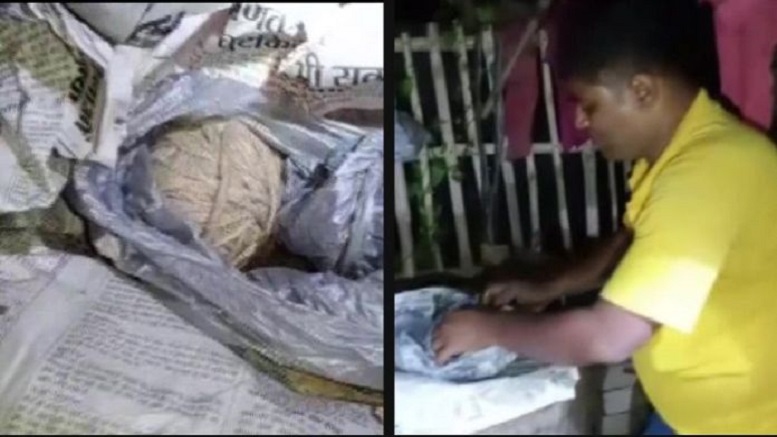 Bombs, a shotgun, and bomb-making equipment were recovered from the residence of Indian Secular Front (ISF) worker Ziarul Mollah just after the announcement of an eight-phased Assembly poll for West Bengal by the Election Commission of India on Friday. Mollah is currently absconding.

West Bengal: One arrested after police recovered arms & bomb-making equipment from his residence in South 24 Parganas.

“After receiving information from secret sources at night, we started searching the house of ISF worker Ziarul Mollah. A shotgun, bombs and bomb-making equipment were recovered from his home during the search. We have arrested accused ISF worker Ziarul Mollah’s father Jalil Mollah. Search is on for the accused Ziarul Mollah,” Tamal Sarkar, Senior Police Official – Crime, Baruipur District Police told ANI.

One ISF worker arrested from.South 24 pargans After the Police had conducted search operations on the basis of information provided to them .

Arms and Bombs recovered from the residence of ISF worker . . pic.twitter.com/hZN8oBoqH1

Islamic cleric Abbas Siddique’s Indian Secular Front (ISF) has formed an alliance with Congress and the Left parties for the assembly elections in the State. The 24 year old ISF founder from Furfura Sharif, is infamous for his threatening video in which he was seen appealing to the crowd to pray to Allah to send a deadly virus (this was at a time when Coronavirus pandemic was just starting in Bharat) which will kill 50 crore Bharatiyas. The video had gone viral on social media.

Inspite of being well informed about his fundamentalist views, the ‘secular’ Left and Congress party have joined hands with Siddiqui, a move which has caused some mutterings of disapproval even from the Congress old guard which is usually at the forefront of displaying slavish loyalty to their first family.

With political violence being normalised in the state during 3 decades of CPM rule followed by last 10 years of TMC rule, such bomb-making home factories are nothing new for the people of Bengal. One hopes the deployment of central forces and the 8-phase polling schedule will manage to limit the bloodshed and mayhem that has come to be associated with West Bengal elections, this time around.