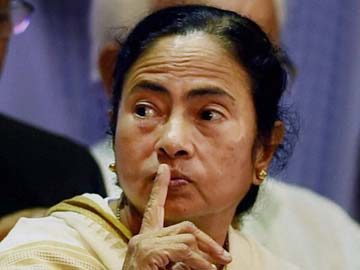 Mondal had been chanting Jai Shri Ram (glory be to Lord Ram) and putting up party flags ahead of Narendra Modi’s swearing-in on Thursday, when he was attacked.

Sushil Mondal’s wife Aparna alleged that Trinamul workers had targeted the worker when he was putting up flags alone around 11 AM on Thursday. Aparna has lodged a police complaint against three suspected Trinamul workers. “The three Trinamul workers in our village had been threatening my husband since the results were declared and asking him to stop working for the BJP,” said Aparna.

BJP leaders also alleged that a Trinamul group asked Sushil Mondal to remove the flags at Pandugram village in Ketugram and stop chanting Jai Shri Ram. When he refused, he was stabbed with a knife repeatedly. Mandal was rushed to Ketugram block hospital and died there. “Sushil was an active party worker. Trinamul workers had targeted him since the results,” said Anil Dutta, East Burdwan general secretary of the BJP.

Trinamul leaders denied the allegations and said the incident was the “fallout of a family feud”. All accused are on the run. As per locals, Raju Mondal, a TMC supporter, is one of those named in the police complaint.

Silencing Hindu voices in WB, while media & intelligentsia look away

Sushil Mondal is just the latest name to be added to the gory list of Hindus murdered at the altar of Mamata Banerjee’s fascist anti-Hindu politics.

Dozens of BJP & other opposition party workers have been murdered by ruling TMC goons in the last few years in West Bengal, with violence reaching unprecedented levels during last year’s Panchayat election.

BJP had invited kin of 51 party workers killed in West Bengal in the past six years under the Mamata regime, to the swearing-in ceremony of PM Modi. Because of this, CM Mamata Banerjee declined to attend the ceremony.

On Thursday, Mamata completely lost her rag when she heard people chanting ‘Jai Sri Ram’ slogans as her convoy was passing through the Bhatpara area of North 24 Parganas district. She got down from her vehicle and threatened people “You all are alive because of me. I can teach you a lesson in one minute….I will have you skinned.”

Mamata ensured that at least 10 individuals were arrested in connection with the matter. And her partymen appeared to have backed up her threats by hacking to death Sushil Mondal that same day.

Why is Mamata Banerjee allowed to get away with such atrocious, fascist behavior with hardly a murmur from our elites in media, academia and judiciary? The answer in one word: Secularism.