BJP taking on its support base? 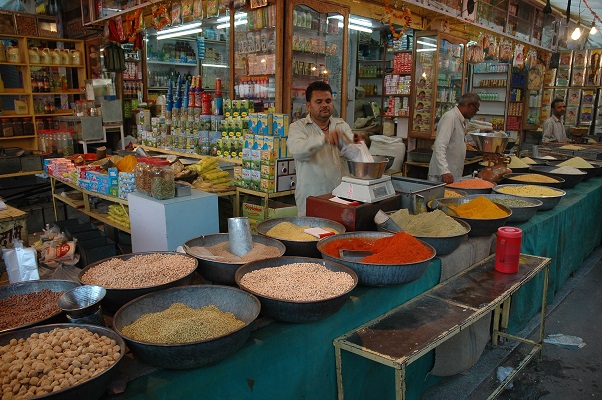 One less talked about thing about GST is that @narendramodi has taken on traders, said to be BJP support base, who want to evade taxes.

This type of shallow tweet is often made by those who call themselves as intellectuals, and are today coming out of the closet and pretending to be supporters of the present government.  They actually take perverse pleasure by demonizing a class of people who are not a part of their present day social reality.  These ‘intellectuals’ have, until 2013, done absolutely nothing to ensure a Congress-mukt Bharat.  In fact, many of them were seen in cohort with the Congress elite, and getting crumbs thrown at them for writing in favour of the Congress.

Today’s BJP leadership is not moronic to ignore its support base, and run after an illusory group to increase its vote share in the country.  It has kept to its core ideology which is what the traders, and others, have been fervently working for decades.  Because of this, those voters who voted for other parties in the hope that these parties would work for the nation and the society, have gravitated towards the BJP, realizing that it is Hindu nationalism that is the core of Bharat’s civilizational ethos.  And it is the ideology that will take Bharat to play its rightful role of Vishwaguru that will benefit not just the Hindus and Bharat, but members of all the different communities in the world and in all the countries.

The traders have been supporting Hindu nationalism through tan, man and dhan (body, mind and money).  It is these traders that kept alive Gita Press in Gorakhpur which in turn kept alive the Hindu writings for the sake of posterity.  It is these traders that supported the vast network of mandirs which have ensured that the Hindu civilization did not die in the face of the vicious onslaught of the three monotheistic systems – Islam, Christianity and Communism.  It is the traders that supported great thinkers of modern day Bharat, like Ram Swarup and Sita Ram Goel, who have exposed the hypocrisy of what goes on in the name of secularism in Bharat.

It is these traders that supported Ramkrishna Mission which has kept the philosophy of Ramkrishna Parmahans and his most famous disciple, Swami Vivekanand, available to the present generations.  And it is this support that has enabled Hindol Sengupta to study and write on Swami Vivekanand.  And in the process earn some money out of it.

Sengupta would like his readers to believe that it is only the traders who evaded taxes.  First, there has to be an understanding that until the early 1990s, the country had a high tax regime, which would leave little disposable surplus with the people of Bharat.  This system of high taxation was put in place by people whom Sengupta would have social empathy with.  At the same time, these people were ensconced in various state supported jobs, which provided them with a lot of perquisites which were not taxable.

Secondly, many in the industrial community had sought, and received, various tax avoidance schemes to reduce their tax burden – at the personal and corporate levels.  This is also a form of evasion, because these schemes were put in place due to cronyism and not on merit.  And given the complexities involved, the trader would not be able to take advantage of these schemes.

Information Technology (IT) in Bharat grew because IT companies paid hardly any income tax on their profits until recently.  This inflated their profits and enabled these companies to get a high premium in the share market, based on which shares were issued at very high premiums to finance their growth, without the original promoters having to dilute their shareholding and also profiting from the high premiums.  In many ways, the boost that the IT industry got was an artificial one.

Thirdly, the traders had to face the full force of invasive government machinery, which made both personal and professional lives of the traders very difficult.  While other economic sections of the society had easier access to those in government, the trader had to fend for himself.

Had the likes of Sengupta made the system simple, and taxation on the basis of a broad base (which means doing away with the avoidance schemes), the traders would have fully cooperated with the government.  They understand that a rule-based economic and social structure is to their benefit, since they can concentrate fully on what they like to do.  And in the process they would have supported their social activities with an even greater vigour than they have been able to do.

If Sengupta understood the rudimentary of taxation, he would have realized that the tax avoidance schemes reduce the tax base, and hence there has to be a higher rate of taxation on those items that are out of the purview of the avoidance schemes.  If he understood the rudimentary of the way government functions, he would have understood that government run schemes are inherently wasteful, leading to a higher need of collecting taxes from the smaller base.

Sengupta is the Editor-at-Large (whatever it means) of an English publication called Fortune India, which projects itself as a business journal.  If the publication has people with a shallow understanding about Bharat’s economic dynamics, then it is not a wonder that so many outside Bharat are misled about what is actually happening.  The Value-Added-Tax system (which is the basis of GST) is a truly transformative scheme, which will do a lot of good for the nation.  However, there are many complexities in the way it is being implemented which will make life quite difficult for the traders.

Instead of working towards ensuring that the simplicity that is the foundation of VAT be implemented in its true spirit, Sengupta indulges in exhibiting a bias against a class of people who have truly kept Bharat’s civilizational core alive.