Is Bharat a Soft State? 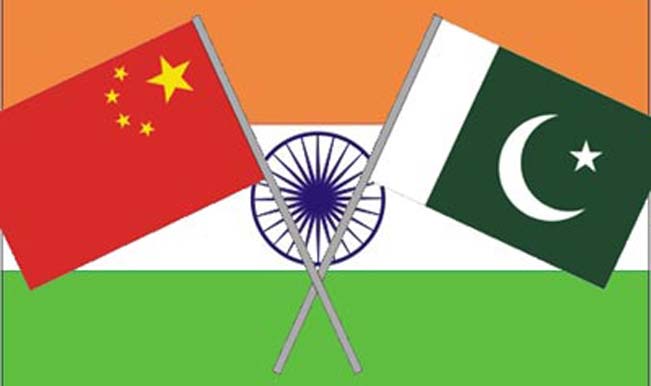 After the 9/11 attack on the World Trade Centre which was master minded by Bin-laden, America left no stone unturned in hounding & hunting Bin-laden & al-Qaeda networks. Al-Qaeda hideouts were pounded with monotonous regularity and pummelled into submission in Afghanistan and the border of Pakistan. Bin-laden was traced in Abbotabad, Pakistan and killed mercilessly in his own house in a daring midnight operation by the American navy seals and his body dumped in the north Arabian sea. Only recently American helicopter gunships carpet bombed an entire area in Afghanistan supposed to be a Taliban hideout. To put it succinctly, this is what America does to terrorists & organizations that threaten its stability.

Israel is another country which has a no-nonsense and zero tolerance approach towards any threat to its internal or external security. The cornerstone of Israel’s anti-terrorism system is its intelligence network which is multilayered. Israel’s anti-terrorism is a combination of defensive & offensive techniques which include barricading, military checkpoints, and preventive arrests and target killings. What compliments this state approach is the compulsory military training for all citizens which make them more aware and alert to any terrorist threats or insurgency.

We can just imagine how Russia or China would react to the killing of its soldiers by terrorist outfits or another country. They won’t rest until they have had their retribution and made sure that the aggressor has been incapacitated and rendered ineffective.

In contrast Bharat’s approach to terrorism and cross-border incursions has been lackadaisically nonchalant and leaning on lethargy. Anti-Bharat voices and Pakistan flags have been raise with monotonous regularity over the past more than four decades in Kashmir with the Bharatiya state being a mute spectator. This softness of the Bharatiya state to foreign and internal aggression could be due to the fact that Bharat or Hindustan has been marauded and invaded by the Mongols, Mughals and the British over the centuries and these successive invasions have lead to a sense of tolerance or acceptability amongst the people of Bharat.

Bharat had its chance in the 1965 war against Pakistan when it had approximately 1900 sq km Pakistani territory under its control including the Haji pir pass, but its policy of appeasement and conciliation took over and everything gained on the battlefield through valour and sacrifice of the armed forces was frittered away at Tashkent on the negotiating table.

In 1948, political dithering on the part of Bharat allowed Pakistani army to come deep into Kashmir and when Bharat’s forces were on the verge of regaining what is today known as POK, Nehru went to the UN and a ceasefire was reached on the LOC. The policy of appeasement was again at play from the Bharatiya side and Bharat backtracked on the political front from a position of strength achieved because of its armed forces. Since then three wars have been fought but the Kashmir imbroglio remains and the Bharatiya army continues to lose jawans and officers everyday in the valley because of lack of political wisdom and foresight of our political ancestors.

Over the years, the message has gone out across the global community and our enemies across the border that Bharat is a soft state which does not react immediately and vehemently to acts of terror on its men and territory, and thus can be bled and bruised regularly. The beheading of the Bharatiya soldiers on the border and the regular pelting of stones on our security forces coupled with the brutal murder of a young army officer Lt. Fayez when he had come home to attend a marriage does not augur well for the morale of our security forces as well as the psyche of our nation. South Kashmir, which is a PDP stronghold, is increasingly becoming a breeding ground and harbinger of terrorists and the law and order situation is alarming.

The peaceniks in Delhi and the political parties in the valley are again wanting talks with Pakistan. The Abdullah father and son duo who have been former CMs of J & K have unabashedly supported the stone pelters and called them freedom fighters in a bid to cater to their own constituencies while keeping the national interest on the backburner.

Amidst all this, the government in Delhi, which had a massive mandate in the 2014 general elections to act against terrorism and its harbinger Pakistan, remains indecisive on how to deal with the imbroglio.