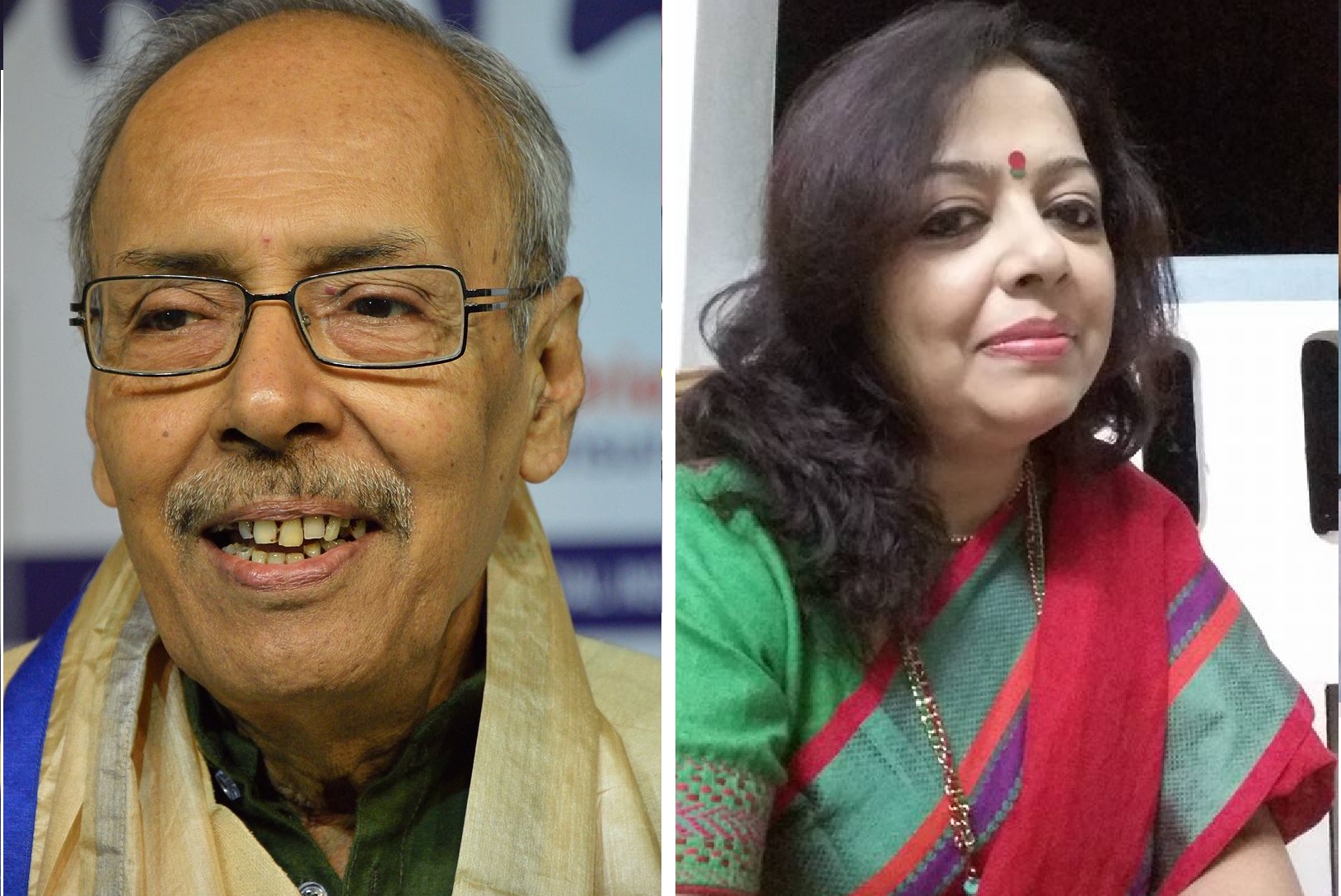 Here is a screen-grab of Debalina Mukhopadhyay’s post that translates to, “My mother suggests taking a lighted candle to Modi’s beard and set it on fire. How’s that?” This outrageous post created a buzz on the social networking site, with numerous Bengali as well as non-Bengali citizens condemning the criminal mentality of Debalina’s mother, Mrs. Sonamon Mukhopadhyay, wife of the Patalghor author. Some netizens also reported the derogatory post advocating physical violence against the PM, and the post was duly deleted after it was confirmed to have violated norms. 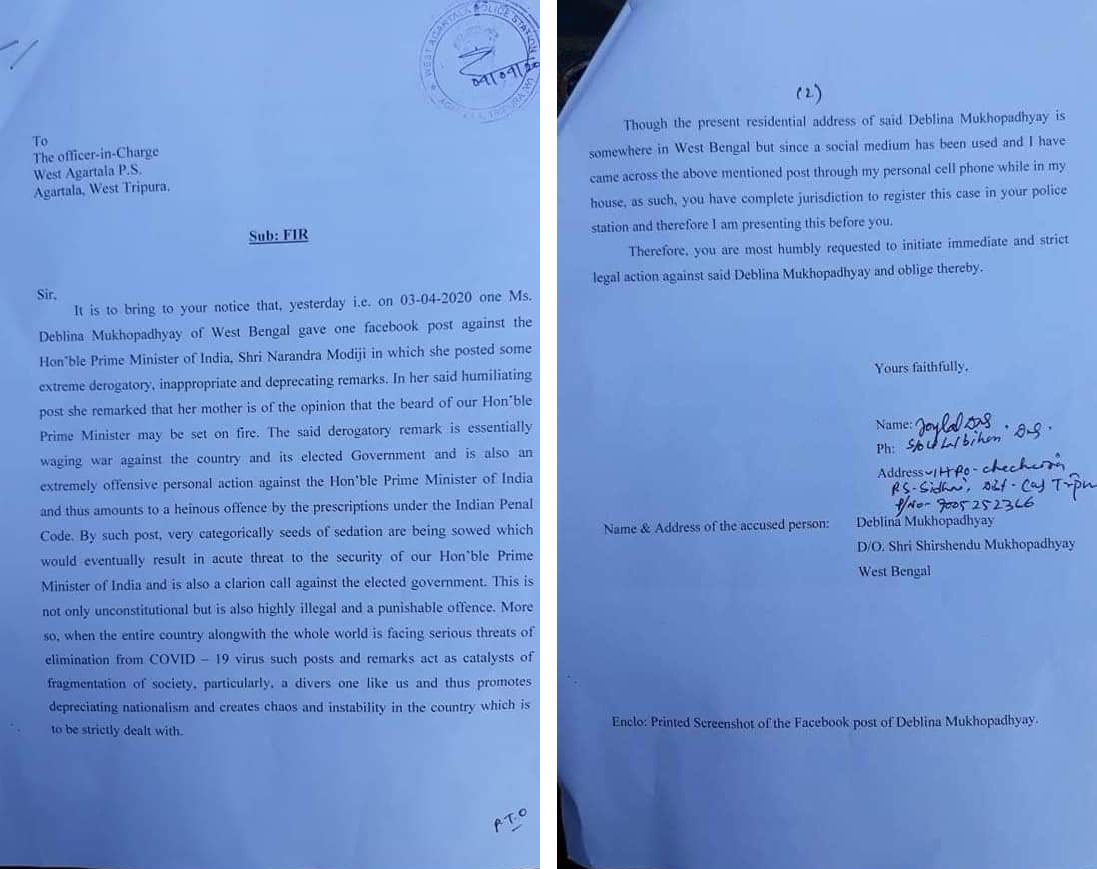 Here we would like our non-Bengali readers to know the irony in Debalina and her family’s life. Her 84-year-old writer father Shirshendu Mukhopadhyay was born in Mymensingh, present Bangladesh, in 1935. Though they can be seen waxing eloquence on secularism, Shirshendu had to flee the land he was born in during the partition, when Mymensingh went to the Islamic East Pakistan.

Having been displaced from his ancestral home due to Islamism, Mr. Mukhopadhyay had to move from Bihar to West Bengal to Assam. After achieving celebrity from his fiction writing in assorted genres, he also worked for left-leaning leading Bengali daily Anandabazar Patrika. We wonder if the self-proclaimed secular intellectual Debalina has ever questioned her famous father, why did his family leave his birthplace and seek refuge in Bharat, why didn’t they decide to continue living amidst the Muslims of Islamic East Pakistan? Was it their ‘Islamophobia’ that motivated them to flee?

The internet provides some insight into Debalina’s dubious ways and professional choices which explain her dislike for the Prime Minister. In a publicly available Facebook post, a known political analyst and popular columnist from Bengal presents possibilities of Debalina Mukhopadhyay owning a shell company that mushroomed in 2011, around the same time Mamata Banerjee established her governance in the state. The company that she reportedly chairs as a director is enlisted as Sarangsh Media Pvt Ltd, an unlisted company classified as ‘limited by shares’. As per records from the Ministry of Corporate Affairs (MCA), the balance sheet of the said company was last filed on 31 March 2013. Presumably, it has incurred heavy losses post the 2016 demonetization enforced by the Modi government, which eventually led to an existential crisis among these self-proclaimed intellectuals of the state.

The frustration and angst of Ms Mukhopadhyay against the PM is apparent. But we are left scratching our heads trying to figure out the weird fantasy of her aged mother with regards to the Prime Minister’s beard. What author Shirshendu Mukhopadhyay feels about this whole beard-burning fetish would also be interesting to know. Shirshendu Mukhopadhya was once a school teacher, but looks like he failed to impart the right sort of education to his immediate family members.

Nevertheless, what was suggested in the Facebook post is a felony, a call for violence against our elected head of state. Will Kolkata Police charge the mother-daughter duo for this crime, seeing how they even book & arrest doctors merely expressing their professional opinion on healthcare infrastructure in the state?