Bengal must be saved from Didi’s clutches 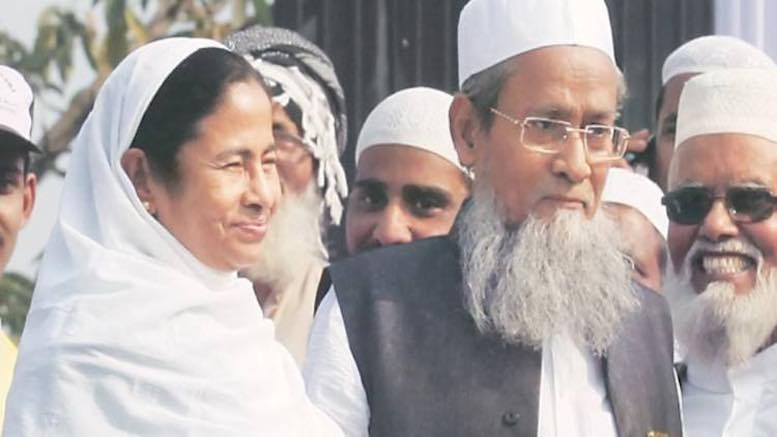 Bengal and Tamil Nadu have been on the ruling BJP’s electoral radar since 2014. Winning Bihar against all odds, however, has emboldened the party to go in for the jugular in Bengal and make its presence felt in TN. Assembly polls are due in both states around April-May 2021 along with Assam and Kerala.

The importance of the polls in Bengal and TN stem from the fact that no mainstream political party has had any electoral luck in either state for decades. The Dravida revolution in TN displaced the Congress in 1967. In Bengal it was the CPM’s rise to prominence the same year which gradually marginalized the Congress though it clung to power till 1977 when public anger over the Emergency rang in the rule of the Reds. That year a clutch of parties led by the CPM under the umbrella of the Left Front captured 230 of the 294 seats in the West Bengal assembly, with the CPM alone grabbing 178.

The stultifying rule of the Reds lasted well over three decades before they were upstaged by a capricious former Congress woman named Mamata Banerjee in 2011. Trinamool Congress (TMC), the party she founded in 1998 after quitting the compromised Congress, has been running Bengal with the help of a captive Muslim vote bank which constitutes between 28-30 per cent of the state’s populace. The TMC remains a solo show of a whimsical chief minister. Unlike the Thackerays of Maharashtra, the Yadavs (Mulayam and Laloo) of Uttar Pradesh and Bihar, or the successors of the late DMK boss Muthuvel Karunanidhi, there is no Banerjee clan per se.

Didi’s arrogant nephew, Abhishek Banerjee, an MP from the Diamond Harbour constituency, struts about with the air of being her natural heir, but few are likely to take him seriously once his testy aunt is out of reckoning. Kinship with the CM helped him become a member of several standing committees of Parliament. The last time he was in in the news was when his wife, Rujira, was questioned by the Customs authorities on suspicion of smuggling gold. Otherwise there are regularly irregular reports of his cocky, conceited conduct with TMC workers who resent his authority.

The 2021 Bengal poll will be as much of an acid test for the BJP’s nationalist credentials as Assam which the party won in 2016. The poll will determine the resolve among the Bengali Hindus on the need to halt the state’s slow and steady slide into the dungeon of Islam. Regional Bengali pride, the deadening impact of Marxist rule, and the emotive appeal of pre-partition Bengal has kept the state out of the national political stream, hampering its overall development. Even today Bengal to most outsiders means Calcutta (Kolkata). Though Darjeeling and its vicinity has always pulled tourists, the only other town which gets some media attention is Muslim dominated Murshidabad, the 18th century seat of the nawabs of Bengal, and a hotbed of illegal immigration from neighboring Bangladesh.

The average Bengali bhadralok, however, is still not ready to acknowledge the threat from Islam. Forgotten are the remembrances of the Great Calcutta Killings of 1946 during the one-year rule of the Muslim League. More than 4,000 people were hacked to death in the violence engineered by the hated Huseyn Shaheed Suhrawardy, then premier of Bengal. Punjab and Bengal bore the brunt of Partition whose sole basis was religion. A sizeable chunk of the Muslim population settled around the districts of Murshidabad, Malda, and what is now North Dinajpur, stayed put. Predictably enough, they have emerged as the main source of communal tension.

Facts and figures tell their own story. Even at the time of the 2011 Census, the Muslim population of Murshidabad was a whopping 66 per cent, Malda 51 per cent, and North Dinajpur 50 per cent. No less worrying are the swelling Muslim numbers in Birbhum (37 per cent), South 24 Parganas (35 per cent), and Cooch Behar (25.5 per cent). Given the slack check on illegal immigration from Bangladesh, it is obvious that there has been an appreciable accretion in the nine years since the last survey. Not for nothing is Didi compelled to prostrate herself before mad mullahs and the local Muslim leadership. A Muslim in her cabinet in charge of urban development (Firhad Hakim) doubles up as the mayor of the Calcutta Corporation. Another Islamist (Siddiqullah Chowdhury), a graduate of the Darul Uloom Deoband, holds the charge of mass education.

City bred Hindus have paid scant attention to the changing socio-political realities. It is their more politically conscious brethren in North Bengal, Midnapore-Bankura, the industrial belt of Asansol-Durgapur, Barrackpore, and Bardhaman who helped the BJP win 18 of the 42 LS seats in the 2019 Lok Sabha poll. The party’s vote share of around 43 per cent multiplied more than four times from the modest 10 per cent polled in the 2016 assembly poll. The surprising results stunned and stupefied Didi. Hence, the vicious opposition to the Citizenship Amendment Act and the National Register for Citizens, the implementation of which could upset her political arithmetic for good. Fanning regional sentiment with the “Insider versus Outsider” slogan remains her only option. Whether or not the stratagem works will depend on the determination of Hindu voters to stop Islam from spreading its tentacles any further.

Modi’s nationalist appeal coupled with Didi’s mollycoddling of Muslims was the main reason behind the rich harvest of seats reaped by the BJP. Alleged attacks on Ram Navami rallies, jailing a youth for chanting ‘Jai Shri Ram’, and the killing of over 100 BJP workers in the last few years, has impacted Hindu sentiment. The role of the party’s state unit in the slow political churn has been minimal; it still lacks a statewide organizational footprint or a credible leader with vote catching ability. Those currently at the helm are an embarrassment to say the least. Hence, the disproportionate reliance on the prime minister’s popularity and Amit Shah’s organizational skills. Dependence on the duo will be that much more since the RSS has still to strike deep root in Bengal. Which is quite a paradox. The BJP’s earlier avatar, the Bhartiya Jana Sangh, was after all founded by Shyama Prasad Mukherjee, a Bengali of no mean descent.

The Sangh’s plan to open shakhas in all 3,342 gram panchayats of the state by 2021 has yet to fructify. Till a year ago there were 1,800 daily shakhas of which the overwhelming majority was in south Bengal. The shakha culture has yet to penetrate the interiors, and it will be quite a while before the average Bengali fed on a diet of Didi’s populist slogans and social welfare initiatives adopts Hindutva as his credo. Besides many Bengalis still perceive the BJP as a party of the cow belt patronised by corpulent Marwaris and the Hindi speaking crowd. The fact that the onus of getting the party to power wrests on the shoulders of two Gujarati leaders only adds to the impression. The challenge which the BJP faces in Bengal is much the same it faces in TN. In neither state has it been part of the local ethos. But such is the dedication of its cadre and its organizational muscle at the national level that it can still win elections if it gets down to the task.

Helping the BJP will be the state’s internal problems arising out of Didi’s choler. Ministers and bureaucrats are frequently humiliated. Even the semblance of criticism invites an outburst. She is allergic to good counsel. The only department which the CM humours is the police whose affairs are directly supervised by her as home minister.

Mukul Roy, a founding member of the TMC, and one of Didi’s closest lieutenants quit the party in 2015 after his name cropped up in the Saradha scam. Didi dropped him like a hot potato rather than come to his defence. Speculation now abounds on whether Subhendu Adhikari, the TMC’s only mass leader apart from Didi, will join the BJP. Adhikari, a minister with a respectable political lineage from Midnapore, stopped attending office sometime ago and distanced himself from the party. Both Roy and Adhikari are capable and ambitious leaders, and there is nothing more that Didi hates than a combination of ambition and competence among party colleagues. Almost wholly lacking in administrative acumen, she lets the bureaucracy call the shots. Temperamentally, she remains a street agitator despite nearly 10 years as CM. Good governance is the last thing on her mind. She thrives on populism.

Didi’s social welfare schemes and road building initiatives did pay off in the first term. Things have been in steady decline since. Joblessness is rising, and corruption rife. TMC workers in north and south 24 Parganas were not above filching money and material during the distribution of relief in the aftermath of Cyclone Amphan.

Beating Didi will not be easy. Her appeal among insular Bengali voters is still intact. Only the nationalist minded determined to keep West Bengal a Hindu majority state will move to the BJP. Thankfully, their tribe is growing. The 18 LS seats which the BJP won in 2019 translates into 122 assembly segments. Even if the party fails to win an outright majority, sitting in the Opposition with 100-120 seats in a House of 294 will be gain enough. 2026 is when it should go for the big kill, and hopefully zero in on a strong local leader to lead the charge.