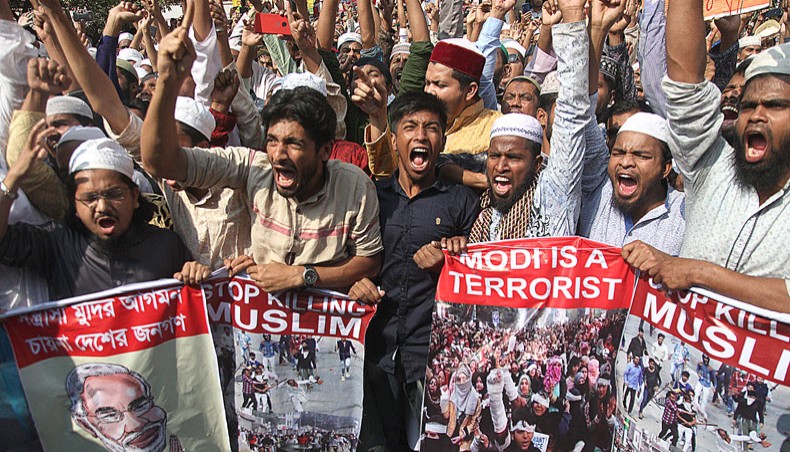 The report further says that the organisation has formed a new committee to arrange a conference at another venue after police withdrew permission for the conference at Bangladesh liberation war hero Sadek Hossain Khoka community center.

Police didn’t allow the conference as thousands of Islamist political activists held daily rallies and processions in and around Dhaka protesting against Bharatiya PM Narendra Modi’s upcoming visit to Bangladesh and vowed to resist him in the country. 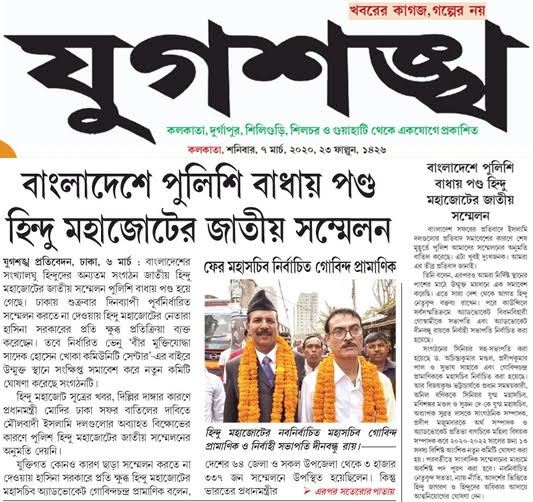 Secretary-General of Bangladesh Jatiyo Hindu Mohajote, Advocate Gobinda Chandra Pramanik reacted angrily to the police cancellation without any rational reason. He said, “3337 people from different parts of the country were gathered for the conference. But Police has foiled it. It is very sad. We have declared new committee to decide another venue. Hindu leaders who arrived from across the country in the conference delivered their speeches.”

The newly elected leaders vowed to earn the rights of Hindu people and work for Hindu awakening on the basis of honesty & established social norms.