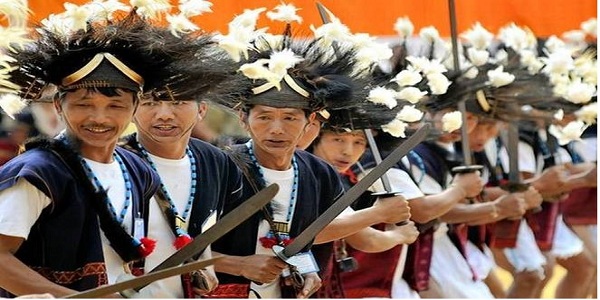 Followers of indigenous faiths and tribal groups in Arunachal Pradesh are up in arms against Chief Minister Pema Khandu’s move to repeal an anti-conversion law i.e., Arunachal Pradesh Freedom of Religion Act, 1978.

As per another report in The Hindu, Mr. Khandu, while addressing a function organised by the Arunachal Pradesh Catholic Association (APCA) at a church, had said, “The anti-conversion law could undermine secularism and is probably targeted towards Christians.” He also said that the misuse of this law may lead to torture of people and could trigger large-scale violence in the State and could even break Arunachal into pieces.

It is interesting to note that Christianity in the state has grown tremendously — from none in 1951 to being the largest religious group at 30.26% in 2011. This clearly shows that such shift in demography has been at the expense of the indigenous faiths. Thus, the fear of IFCSAP and NIFCS, who are major organisations that are fighting for preservation of indigenous faiths such as Donyi-Polo and Rangfra, cannot be ruled out.

“We condemn the statement of the Chief Minister as the anti-conversion law, if repealed, would threaten the indigenous culture of the State. There is also the apprehension among the people that the Chief Minister is bringing the denizens of Arunachal Pradesh under the minority or general category and stripping the special privileges which we have been enjoying as Scheduled Tribes,” Bai Taba, IFCSAP general secretary, said.

Repealing the law that safeguards the indigenous people would open the floodgates of poaching and it would lead to marginalisation of the indigenous people. Scrapping the anti-conversion law would extensively damage the basic structure of indigenous faiths and cultures that are still languishing from the persistent and aggressive influence of foreign cultures.

However, The Arunachal Christian Forum and APCA have welcomed Mr. Khandu’s announcement. According to them, the state’s 32 per cent Christian population may have a favourable view of the BJP, which is generally perceived as a party not so favourable for the minorities. The hidden meaning in their statement may imply that they might get a free hand to carry on more conversions in the state.

It is shocking to note that as per the 2011 census, Christianity overtook Hindu Dharma as the state’s largest religion. Christians – most of them Roman Catholics – accounted for 30.26% of the State’s 1.3 million people while Hindus were just 29.04%. More than that, traditionalists were more worried by a significant drop of 4.5% in the number of followers of Donyi-Polo and other indigenous faiths.

The Arunachal Pradesh Freedom of Religion Act was passed in 1978 primarily to check proselytisation. Despite this, Christian missionaries have been successful in poaching the faith of indigenous tribals. Thus, it can be speculated that, this proposed ‘secular’ move by the BJP CM might lead to further shift in the demography of the state and genocide of fragile indigenous cultures.

Last year too the Christian missionary organizations in Arunachal had demonstrated their strength when they managed to obstruct the creation of a Government “Department of Indigenous Faith & Cultural Affairs” which was aimed at preserving the vibrant indigenous customs, culture, faith and belief systems under threat from alien influences – the Arunachal Christian Forum (ACF) said the Government was ‘targeting the Church by putting pressure on it’ through the proposed department.