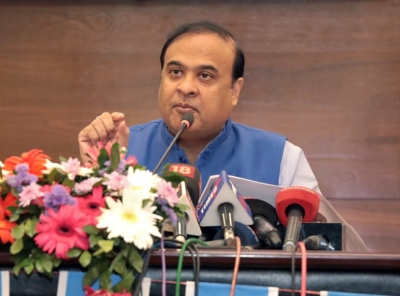 Despite objections by the opposition parties, Assam Chief Minister Himanta Biswa Sarma said on Wednesday that the eviction drive to clear encroached land will continue in the state.

Speaking on the floor of the Assembly, Sarma said that the state administration will soon carry out a major eviction drive in the Goalpara district.

“Many bighas of forest land have been encroached upon in Goalpara district. We have also received permission from the high court to carry out the eviction drive there,” he said.

Two days ago, the Nagaon district administration had conducted a major eviction drive in Batadrava, near the birthplace of Vaishnav saint Sankardeva, to clear encroached land.

As per the local administration, a total of 1,200 bighas of encroached land were cleared during the drive.

“This government will not stop until all encroached land is cleared, just as we did in Batadrava,” Sarma said.

According to the Chief Minister, ‘Satras’ (institutional centres associated with Vaishnavism) represent the identity and culture of the Assamese people.

“Be it Hindus or Muslims, all people must vacate ‘Satra’ land. I request people to vacate the encroached land, or else we will carry out an eviction drive,” he said.