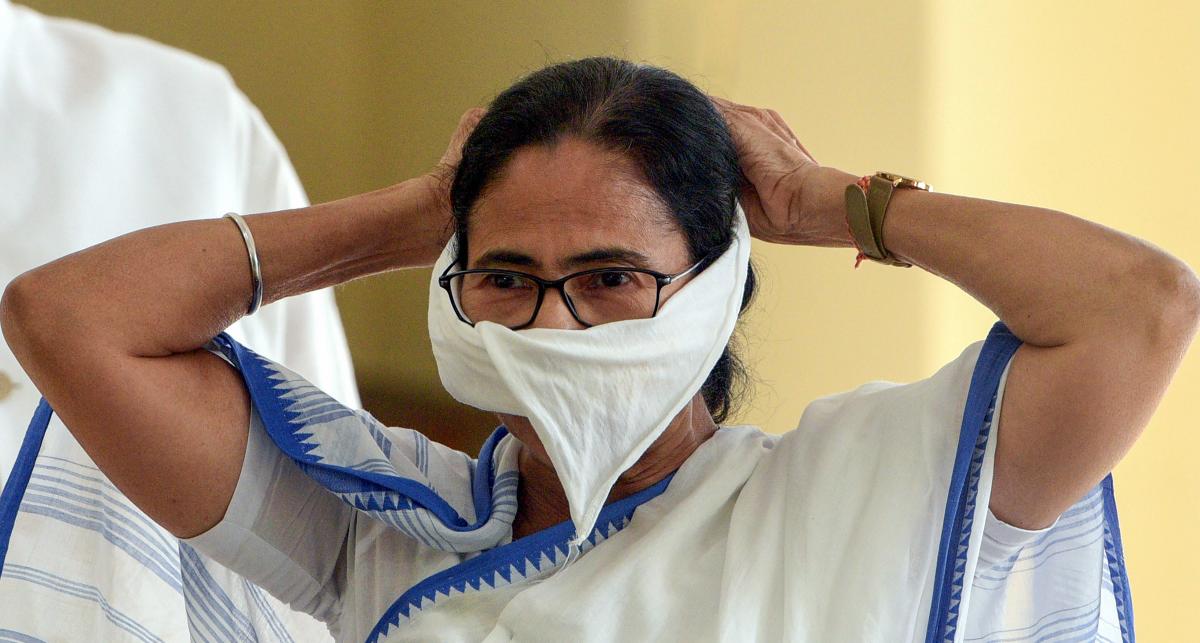 The story is short & simple. The allegation of West Bengal suppressing facts about Covid 19 declared cases is utterly true & post reading this article will be self explanatory. I am associated with healthcare sector for the last 20 years & the situation encountered is unprecedented & will make me think twice about continuing to live in a state which I proudly called my “HOME”(proud to be a Bengali syndrome I guess).

Scene 1 – We are a family of 6 with 2 elderly. My father is 86 years old & suffered from stroke only 2 months back. I & my elder daughter are asthmatic & hence technically our family is in the “mid risk zone”. There are 6 helping hands at home and 5 were released post announcement of lockdown on account of their & our well being. However, my father’s night maid couldn’t be released on account of his immobility. However, on 12th April we decided to release her expecting an extension of Lockdown.

Scene 2 – Like most bongs this Bengali New Year, I went early to the local market properly ”masked up” in search of fresh meat. Lunch was sumptuous topped up with deserts. Thunder struck the entire family & broke the celebration mood in the evening when we were informed by local municipal authorities that our night maid had come in close contact with a Covid-19 patient who has died on 13th & hence as a preventive measure we were put into home quarantine. We readily abided by the law, accepted the notice & mentally prepared ourselves for a long fight.

Scene 3 – Now comes the mega twist. We were initially informed that the concerned maid was taken into quarantine & her sample was tested & the test result would be notified to us asap. I immediately contacted my local councillor, CMOH of North 24 Parganas (via whats app), ADM & my family doctor. My request to all of them was that if the concerned maid tested positive then I should be allowed to test my family in a private institution at our own arrangement and cost. The reason behind this was the fact that we all had acute & chronic ailments & would prefer a multi disciplinary setup. All of them cooperated & agreed to the same.

Scene 4 – Now comes the real story & enter the political villains who jeopardize the life of common men for their vested political interests. Even after a few days when the test reports were not provided to us, I obtained the list of people tested through my own sources & to my utter surprise found out that the nurse had neither been taken to a quarantine centre nor tested. She was in fact being home quarantined in her relative’s house.

I immediately contacted North Dum Dum Municipal Commissioner & complained to him that this arrangement was in direct violation of ICMR & WHO guidelines where it is strictly mentioned that any person in close contact with a Covid patient has to be tested – the maid had done wound dressing of the deceased Covid patient for more than 10 days immediately before he passed away, so she definitely fell in the category that requires testing. He disagreed to the same & firmly stated that there is no planning for testing her & as per protocol she is in an observational mode. Only those people who have developed symptoms will be tested. I challenged this & complained at various levels with no headway. Concerned about my families wellbeing I wrote to CM & Mayor’s office & only on their intervention, the concerned nurse was taken for testing after 7 long days.

As a responsible & educated citizen I have the following proofs to declare:

Now, my question is that after 5 days if the maid tests positive who will be responsible for the mental & physical agony caused to my family? As per data, when 80% patients are asymptomatic, how come politicians are preventing tests from happening just to establish low spread numbers for their vested political interest.

Someone has to take a stance for family. There was no enquiry of our wellbeing post home isolation except a couple of phone calls(call records can be checked). We have received no assistance from government. I swear to the fact that I have no political alliance & I am also aware of the fact that post publishing this article my family could be unnecessarily harassed. But justice cannot be denied specially for a proud Bong.

My aim is not to malign any name but to create awareness in all sectors so that tests can be conducted in the right time & medical intervention can save lives. I have full faith in my Chief Minister’s credentials & capabilities but the fact remains that there is a big gap in execution which if not immediately addressed will eventually cause huge socio economic damage to our Golden Bengal. Stay Safe , God Bless!!!!!

(The writer has chosen to keep his identity anonymous)