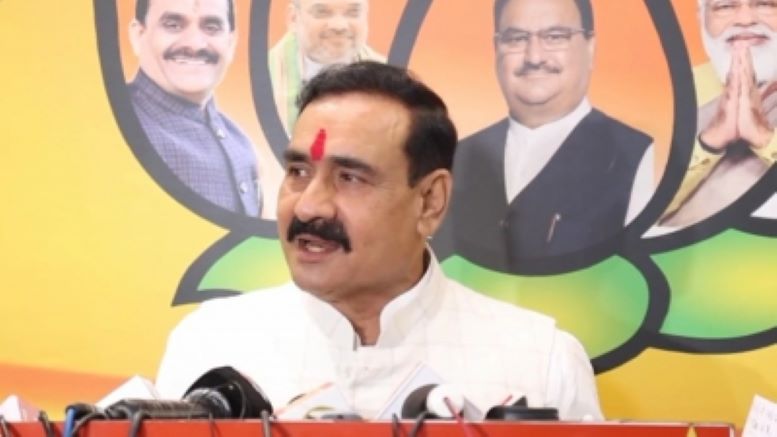 Responding to Al-Qaeda’s threat to launch suicide attacks across the country, Madhya Pradesh Home Minister Narottam Mishra on Wednesday said those thinking to attack Bharat should know that they would be erased.

The terrorist outfit’s threat comes in the wake of a controversy triggered by former BJP spokesperson Nupur Sharma’s “offensive” comments on Muhammad.

Mishra said that no terrorist organisation would be tolerated in Bharat.

“The country is safe under Prime Minister Narendra Modi. Those thinking to attack India should know that they would be erased,” Mishra said while talking to reporters in Indore.

The minister said: “Al-Qaeda should stay within its limits. If it is thinking about attacking India, it shall be eliminated.”

Al-Qaeda, in a threat letter, wrote: “The saffron terrorists should now await their end in Delhi, Mumbai, Uttar Pradesh, and Gujarat. They should find refuge neither in their homes nor in their fortified Army cantonment.”

It said that the “hearts of Muslims all over the world are bleeding,” and are filled with feelings of revenge and retribution.

Nupur Sharma had allegedly made controversial remarks against Muhammad following which she was suspended by the party.

The “controversial” statement made by her set off an international furore. Several Muslim nations, including Afghanistan, Pakistan, Saudi Arabia, the UAE, Qatar, Kuwait, Bahrain, Indonesia, and Iran, as well as the Organisations of Islamic Cooperation have officially protested against the statements and demanded an apology.