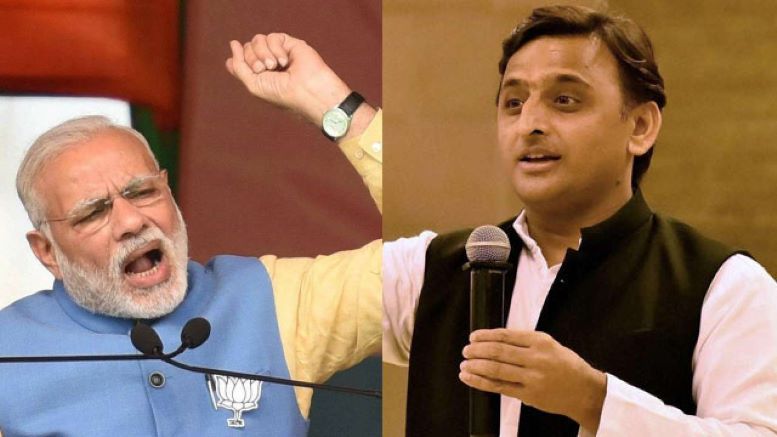 Akhilesh Yadav yet again proved that contempt for PM Modi is making the opposition plumb new lows with each passing day. His comments on the PM’s visit to Varanasi to inaugurate the Kashi Vishwanath corridor are representative of all that ails Bharat’s politics. Yadav said that the PM should spend 2-3 months in the holy city for his ‘last days’.

Yadav wants PM to spend his ‘last days’ in Varanasi

UP BJP Chief Swatantra Dev Singh opined “This shows that he has a mentality of Aurangzeb (Mughal ruler) and Mohammad Ali Jinnah (Muslim league leader and founder of Pakistan) who dented the cultural identity of India. They are the ones who fired bullets of karsevaks in Ayodhya”.

The hatred and contempt for PM Modi run so deep among the opposition that all levels of decency have been crossed by them time and again. The latest jibe by Yadav is one in a series of such abuses directed by him and opponents at PM Modi. However, the SP leader has often thrown expletives and indulged in unparliamentary behavior.

Despite being in a post as dignified as the chief minister of UP, Yadav crassly abused an Aaj Tak journalist after he was asked some routine questions yesterday. The expletive hurled by Akhilesh (which AajTak anchor Anjana Om Kashyap said cannot be quoted on TV) was “गां** मैं बैंस घुसेड़ दूंगा” (I will stick a bamboo in your a**).

He even publicly manhandled his father Mulayam Singh Yadav. The senior Yadav has himself made outrageous comments defending rapists. “It is wrong to award the death penalty for rape. Boys commit mistakes sometimes. If SP is voted to power, we will change the laws”, he had said back then.

Secular politicians who have always resorted to minority appeasement while abusing Hindu saints are now scrambling for Hindu votes. The SP leader too claimed that it was his government that approved the Kashi Vishwanath corridor. He further claimed in a tweet his government had allocated crores and had started the acquisition of buildings for the corridor. An honorarium was fixed for temple staff.

For 70 years, they used their Hindu names to fool Hindus and grab power – only to enrich their families & clans, the minority vote-bank which keeps them afloat, and the secular Nehruvian ecosystem (media, bureaucracy, academia, etc) which whitewashes their ill deeds. Even when such parties ally with others like them, it is like an alliance between crooks – their sole focus is on how to divide the spoils of power, national interest be damned. Now that the anti-Hindu nature of regional, feudal, dynasty-driven parties like SP is being revealed to the common Hindu, they are desperate to prove their Hinduness.