“If we don’t produce more kids, how will Owaisi sahib become PM?”: AIMIM leader in UP 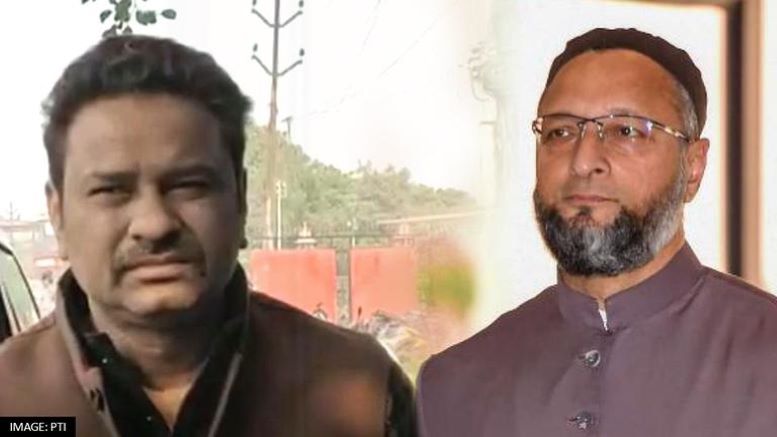 The Islamist party All India Majlis-E-Ittehadul Muslimeen (AIMIM) wants to capture power through the Muslim population explosion. AIMIM Aligarh District President Ghufran Noor has asked Muslims to produce more children so that ‘Owaisi sahib can become PM’. He is seen making the statement in an undated video that has gone viral.

“Owaisi asks you to fear Allah but parties like Congress, SP, BSP want Muslims to fear BJP that is humans. They are Muslims, Dalits not to produce children unless we have many children how will we Muslims capture power in Bharat? How will Owaisi Sahib become the Prime Minister? How will Shaukat become the Chief Minister”?

Instigating Muslims against the UP government’s “Do bacche hi acche” (only two children) campaign and Noor stated they should follow the Sharia which is against population control measures. Noor was simply repeating what his party chief Owaisi had stated earlier.

When the UP government had proposed the Population Control Bill in July this year, Owaisi opposed the same. He had argued that the two-child norm would lead to demographic distortion while adding that it violated the fundamental right as enshrined in Article 21. He further opined that women should be given the right number of children they wish to have. Owaisi claimed that the proposal would harm women since 93% of sterilization in Bharat takes place among women.

AIMIM is aiming to make its presence felt across the country and Owaisi wants to capture Muslim votes. It has fared well in assembly constituencies dominated by Muslims. In Bihar, the party won in five of the twenty seats it contested. In the upcoming UP elections, the party is set to contest in 100 seats.

Owaisi had opined that if Dalits could vote in Mayawati to power and the Yadavs can form the Samajwadi Party then the Muslims should also adopt the same strategy.

Bareilly: Tilak & kalava sporting Raj turns out to be Salman