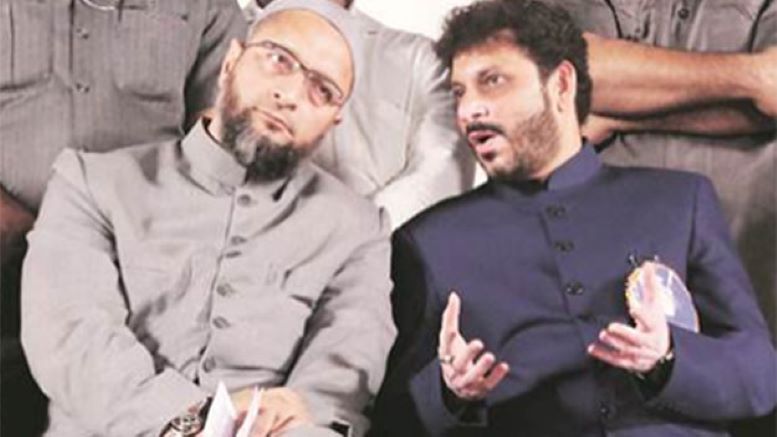 AIMIM MLA Waris Pathan has objectified females by comparing the hijab to mobile cover and screen guard. He made the objectionable remark while speaking in an Aaj Tak television debate.

“Aap mobile ko cover mein kyun rakhte ho? bachane ke liye. screen guard kyun lagate ho, kharab na ho isliye (why do you keep your mobile in a cover? to protect it. Why do you put screen guard on your mobile? so that it won’t get spoiled)”, the AIMIM MLA said.

“Women should not be compared to objects. It is that simple. I am sure the author of the above story did not intend any harm and hoped to encourage more Muslim women to wear the hijab. However, it is not empowering in the least to be compared to candy that is thrown to a dirty floor, only one of which is picked up. We are not meant for appraisal by others or intended for “consumption” (i.e the pleasure of others), and analogies like this harm more than help in a world where women are treated like possessions”, writes a believing Muslim woman referring to the kind of objectification of women by Islamists using false analogies.

However, feminists were nowhere to be seen and did not as much as acknowledge the problematic statement let alone condemning it. Not surprisingly, champions of women’s rights, who were up in arms against the ‘ripped jeans’ remark of former Uttarakhand Tirath Singh Rawat and had ‘protested‘ back then by posting their pictures in ripped jeans, chose to turn a deaf ear. One can’t be selective but probably according to such feminists objectifying women isn’t offensive when it comes from an Islamist. Hypocrisy much?