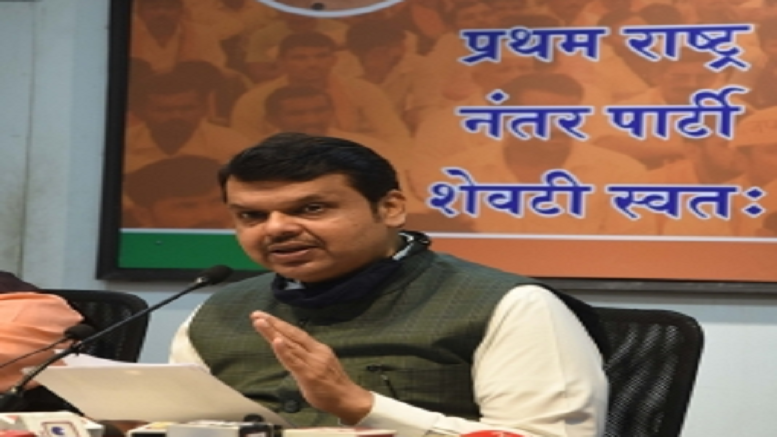 After a huge ruckus in the Maharashtra Legislative Assembly, 12 opposition Bharatiya Janata Party (BJP) legislators were suspended for allegedly using ‘abusive language’ and ‘misbehaving’ with the Presiding Officer Bhaskar Jadhav, here on Monday.

Among the legislators suspended for one year include at least three former ministers, and after the suspension, Leader of Opposition Devendra Fadnavis led a noisy walkout.

“This is a murder of democracy. This is ‘Mughlai Sarkar’,” thundered Fadnavis while Shelar labelled the ruling Maha Vikas Aghadi as a “Talibani government”, and the opposition BJP threatened to boycott the legislature proceedings.

The motion to suspend them was moved by Parliamentary Affairs Minister Anil Parab and passed by a voice vote even as the house witnessed turbulence on the first day of the two-day Monsoon Session which opened here.

The uproarious scenes started as Food & Civil Supplies Minister Chhagan Bhujbal sought to bring in a resolution seeking empirical data on the OBCs from the Centre.

However, Fadnavis raised objections saying the government did not follow the Supreme Court directions for 15 months which led to the scrapping of the political reservations for the OBCs.

After his reasonings and Fadnavis’ statement, Presiding Officer Jadhav asked Bhujbal to table the resolution when BJP MLAs rushed to the podium and tried to snatch his mike, demanding more time for Fadnavis to speak.

The resolution was passed by a voice vote even as the House saw four adjournments following a huge ruckus.

Outside the House, there were heated exchanges between BJP and Shiv Sena members at the chamber of Deputy Speaker Narhari Zirwal, while CM Uddhav Thackeray spoke with Jadhav to get details of the sequence of events.

Later Fadnavis contended that the statements of misbehaviour were partial and while he may be aggressive, he never compromised on Parliamentary ethics, and expressed his readiness to face any punishment if the allegations of Sena members that he made uncharitable remarks were proven true.

Fadnavis accused the government of targeting the opposition as it is raising issues of public importance and highlighting its failures.

Minority Affairs Minister Nawab Malik and Sena Member Sunil Prabhu demanded action against the erring opposition MLAs for their behavior vis-a-vis Jadhav, but Fadnavis said that Shelar had apologised, everyone shook hands and the matter ended in the chamber, “but now it is being brought here”.

“Its murder of democracy, this is against the traditions of Maharashtra. I wonder whether this (Shiv Sena-NCP-Congress-government) is a ‘Mughlai-Sarkar’. It is a sad day for us,” Fadnavis said.

Suspended ex-minister Shelar said that what happened today is an example of “Talibani-raj” which was not good.

“You have given us out on a no-ball. I have been the President of Mumbai Cricket Assocation, I will bowl off-spin and leg-spin so watch out and be careful,” Shelar warned.