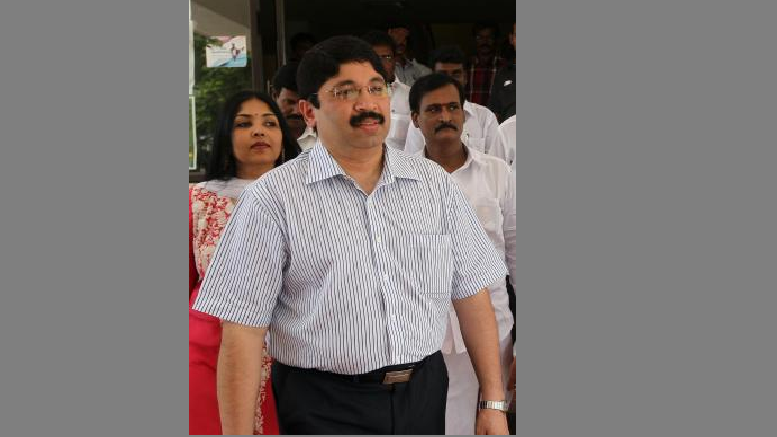 In the complaint, AIADMK’s Joint Secretary R.M. Babu Murugavel said Maran had violated the model poll code with his “filthy, unparliamentary words tarnishing and maligning the image of Jayalalithaa and Modi” at an election rally on March 28 in Kinathukadavu constituency.

As AIADMK members refer Jayalalithaa as Amma (mother), Murugavel complained that Maran, in his address at the rally, had said: “Our Amma is Mummy for us, Modi is Daddy for us. See what kind of relationship…”

He said Maran made the “filthy comments” referring to the speech made two years back by AIADMK Minister K.T. Rajenthra Bhalaji, who, for “rhyming purpose”, had said: “Modi is our Daddy”.

Maran, with an intention to defame Jayalalithaa and Modi, made the comments “with the blemish meaning of ‘Relationship of Mummy and Daddy between them’,” he said in his complaint, demanding the poll panel register a criminal case against Maran and also ban him from election campaigning.

Recently, another DMK MP and former Minister A. Raja had stirred up a row by allegedly insulting Chief Minister K. Palaniswami’s late mother. This had evoked an emotional response from Palaniswami.