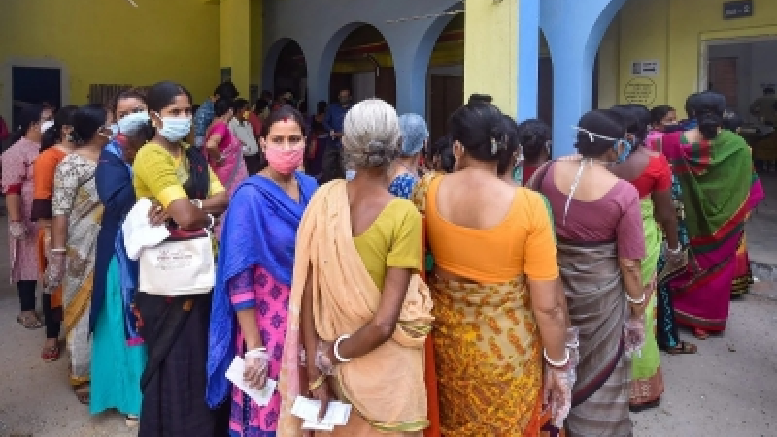 The Bhartiya Kisan Union (BKU) has issued a statement asking people to choose any candidate, other than those from the BJP in the Panchayat elections that begin on Thursday.

A statement issued by the BKU general secretary read, “Samyukt Kisan Morcha (united farmers front) is fighting against the anti-farmer policies of the Central government. We are going to the states where Assembly polls are being held and asking people not to vote for the BJP. Regarding the Panchayat elections in UP, we would like to state that BKU is a non-political organisation. We do not indulge in politics and do not appeal to people to vote for any party. We want people to vote for anyone except BJP-supported candidates.”

BKU’s national spokesperson Rakesh Tikait said, “I also never asked people to vote for BJP. It is a local election and people are free to choose anyone they want.”

Gurnam Singh Chaduni, a senior leader of Samyukt Kisan Morcha, said, “So far, no agenda for discussion over the Panchayat election in UP has been received by the Morcha. Our stand is clear. BJP will be opposed in elections.”

He said, “Farmer leaders from UP have been actively campaigning against the BJP in West Bengal. They should do that in UP as well.”

This comes a day after BKU general secretary Yudhveer Singh had told reporters that the farmers’ outfit has not taken any stand against the ruling party in the upcoming Panchayat polls in UP.

Meanwhile, several farmer leaders have themselves joined the poll fray.

Former army man Ramnath Singh Sikarwar, who was the ‘Republic Day parade commander’ of the farmers during the tractor rally’ at the Chilla border, is contesting for the post of district council member.

Savitri Chahar, Agra district head of the BKU women’s wing, who had joined the protest at Ghazipur border with 18 other women supporters, is also a candidate.

With this, farmers’ issues have, perhaps, for the first time, upstaged caste dynamics in Uttar Pradesh. The farmer has become the central figure in this Panchayat election and farmer leaders have become star campaigners.