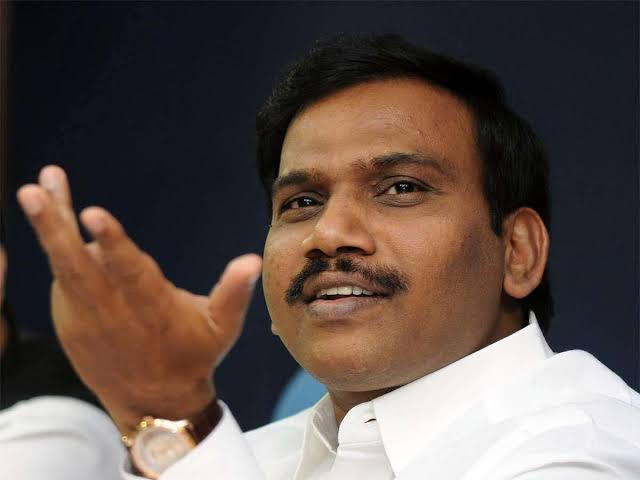 The election campaign in TN is touching new lows with DMK politicians making vulgar and abusive remarks against even dead women. DMK has a culture of abusing women in the worst possible way and it derives that quality from its mother organisation Dravidar Kazhagam whose founder EV.Ramasamy identified his own wife as a prostitute to his friends in order to stop her from visiting temples. Nagammai, the first wife of EV. Ramasamy aka ‘Periyar’, is said to have been a devout Hindu.

Ramasamy, who had nothing but contempt for Hindu Dharma, wanted to stop her from visiting temples. He is said to have pointed her to his friends that she is the new dasi (prostitute) in town when she was on her way to temple.

DMK leaders followed in his footsteps and Karunanidhi, especially, was very adept at making such comments. When a Congress MLA Anadanayaki raised a question in the assembly, “Where is Dravidanadu?”, Karunanidhi mockingly said, “If you untie the thread..(indirectly meaning the thread of her inskirt/petticoat)” and later said that he meant the thread that ties files.

Similarly, when Indira Gandhi visited Madurai and got injured by the stones thrown at her by DMK cadre, there was blood and it stained her saree. On being asked about this Karunanidhi replied that perhaps she had her monthly periods and it could have been from that.

DMK MLAs almost disrobed late CM Jayalalithaa in the assembly in 1989. It is another matter that she vowed to set foot in the assembly only after swearing in as CM and fulfilled it too. But after that incident she wore a protective garment on top of her saree to protect her modesty.

But even after she became CM of the state she wasn’t spared by the DMK leaders. Neither was Tamilisai Soundararajan, the governor of Telangana with additional charge as Lt. Governor of Puducherry. When she was the TN BJP president she faced misogynistic remarks from both DMK leaders and supporters every other day, mocking her appearance.

DMK people also revel in deriding Finance Minister Nirmala Sitaraman and that she is a Brahmin only adds fuel to the fire. They call her “Ooruka Mami” – Ooruka meaning pickle and Mami is used as a slur word for Brahmin women, as she posted a picture of her making pickles as a part of the tradition followed in her family.

While only people who use social media platforms like Twitter and Facebook were aware of these incidents, now DMK’s culture of demeaning women has reached every corner of the state with 2G fame A. Raja’s outrageous comments about CM Edappadi Palanisamy and his mother. A. Raja in his urge to project Stalin as an able leader and eligible CM candidate compared him with Palanisami based on their birth. He said that Stalin was a Mayor, then Deputy CM and now contesting for the post of CM and so he is a ‘healthy baby born out of a healthy relationship’.

He went on to say that “Palanisamy was born as an illegitimate child out of wedlock” and isn’t suitable for the CM post as he got the post after Jayalalitha’s death. As CM Palanisamy’s mother Thavasi Ammal passed away only a few months ago, A.Raja’s comments have created a furore among the masses. But Raja didn’t stop at that and seems to have repeated the same thing in every other campaign. He went one step further and said “Edappadi Palanisamy, you think you’ll die in peace? You’ll face a worse death than your mother”. This has made the women folk of TN livid and protests have erupted everywhere.

Apart from this, Dindigul Leone, the propaganda wing secretary of DMK made a misogynistic remark against women saying that “women don’t have ‘8’ like figure anymore with hips and all, and that their body shape is like a barrel nowadays”.

It shouldn’t be forgotten that when Modi met and spoke with Jayalalitha when she was CM, Congress leader and EV. Ramasamy’s grandson EVKS. Elangovan asked “what the two of them did for 50 minutes if they didn’t talk”. Stalin also made a similar comment about it quoting a verse from Kamba Ramayanam which poet saint Kambar wrote to describe Sri Rama meeting Maa Sita after defeating Ravana.

A. Raja’s recent speeches have only brought out such sick mentality of abusing women by ‘secular’ leaders who claim to be the saviours of women ‘shackled by the rules of sanatana dharma’. Such speeches and behaviour with the election only a few days away has made the voters think twice before electing DMK because if such is their behaviour when they are not in power, how would they behave and work for women welfare if they come to power.