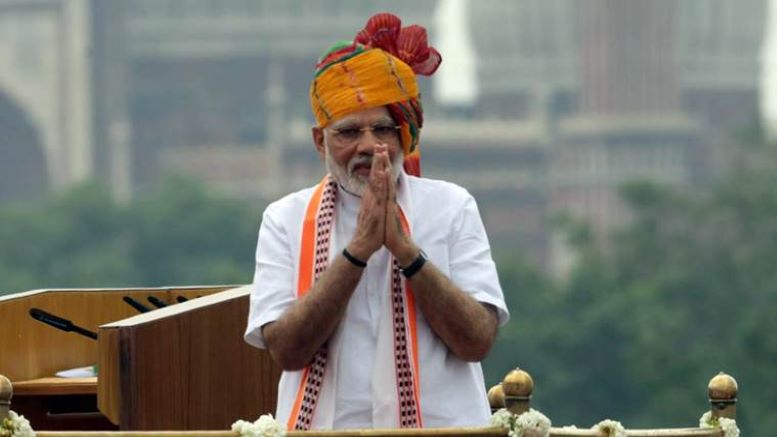 The Lok Sabha elections in 2014 brought to the fore a mandate in favour of a single political party, the Bhartiya Janta Party (BJP), for the first time in three decades. The NDA as a combination of several friendly parties added flavour to the mandate while confirming that the ruling principal party, the BJP, wasn’t in need of any crutches for support. It was indeed an unforeseen and unpredictable situation in the recent political history of Bharat. The same story of 2014 with additional number of seats was repeated in 2019. This all the more confirmed a new phenomenon in the socio-political scenario of the country with a leader with vision in the command of things, in the form of the versatile, Narendra Modi.

Eight years since 2014 till date created a record of events, challenges, achievements, reforms, growth and vision consistently and unabated. The Indian nation was/is perceived by the world as a global leader notwithstanding its internal challenges and their solutions. Bharat has during the last eight years of journey covered a large area of unexpected destinations in various fields though it also faced a lot of unexpected natural upheavals including the Covid19 pandemic. The struggle through a vast sea of challenges was led by the Prime Minister Modi with grit very successfully and remarkably raising hopes of the nation yet again.

Bharat’s economy emerged as the fastest growing one despite the pandamic. Robust growth prospects for Bharat with projected growth rate of 8.2 per cent in 2022, makes it the fastest growing major economy of the world as compared to the projected growth of 3.6 per cent in respect of global growth for 2022 and 2023. GST launched on July 1, 2017 played a very positive role. It subsumed 17 major taxes and 13 cesses, turning whole Bharat into one market. A record revenue collection of GST for April 2022 stood at Rs. 1.68 lakh crore. Moreover, it has also exhibited the spirit of cooperative and vibrant federalism.

“The International Monetary Fund (IMF) working paper — authored by economists Surjit Bhalla, Arvind Virmani and Karan Bhasin — said that the proportion of people living in extreme poverty, at less than 1%, remained steady even during the pandemic on the back of “in-kind” subsidies, especially food rations”.

The study report was published by The Hindustan Times. It said that “the report comes at a time when several recent global reports have pointed to the widening gap between the rich and poor in Asia’s third-largest economy, while studies on the economic shocks of the Covid-19 pandemic vary in their conclusions.

In Bharat, the number of people living in extreme poverty — defined by the World Bank as living on US$ 1.9 or less in purchasing power parity (PPP) terms — was 0.8% of the population in the pre-pandemic year 2019, stated the IMF paper, published on April 5, 2022.

Food rations were “instrumental” in ensuring that extreme poverty did not increase and “remained at that low level” in the pandemic year 2020, the study found. PPP is a metric that equalises the buying power of different currencies to make comparisons easy.

‘Our results also demonstrate the social safety net provided by the expansion of India’s food subsidy program absorbed a major part of the pandemic shock’, the authors stated. ”Such back-to-back low poverty rates suggest India has eliminated extreme poverty”, they conclude. This was augmented by a very well thought-out and implemented scheme of free rations during the pandemic years by the government of Bharat.

‘Ayushman-Bharat’ scheme is an outstanding expression of social welfare of the present dispensation. No government could perceive it earlier. It is comparable to any social security measure of an advanced country in the world besides being the world’s largest Insurance scheme. Its benefit cover of Rupees Five lakh per family per year is a financial protection to 11 crore poor families of the country. Over 18 crore Ayushman cards have already been issued to the deserving people under the scheme while around 4 crore people were treated free of cost till date. There is also active participation of private hospitals in the scheme. As a special measure in J&K, the scheme has been made applicable to all the residents of the Union Territory.

Health remains the core attention area for the government. PM-Ayushman Bharat Health Infrastructure Mission is the largest pan-India scheme for creation and improvement of long-term public healthcare infrastructure launched in 2021. Ayushman Bharat Digital Mission, eSanjeevani OPD and Ayushman Bharat Health & Wellness Centres are the other key areas of healthcare measures undertaken by the Modi government. We have an ever expanding hospital network in Bharat. While there were 7 AIIMS and 387 Medical colleges in 2014, there are presently 22 AIIMS and 596 Medical colleges in the country. Under the PM Jan Arogya Yojana, 17 lakh persons already stand covered.

Covid19 pandemic management and the connected vaccination drive have been remarkable. Around 200 crore vaccine doses have been administered by now. Co-WIN generated over 100 crore provisional, 88 crore final and over 3 crore precautionary dose certificates till date. Even drone-based delivery of Covid19 Vaccine started in difficult to reach areas in the country. It is undoubtedly the world’s largest vaccination drive. There is a functional network of 4,000 Covid19 laboratories in the country. ‘Made in India’ vaccines reduced the reliance on foreign imports for critical logistics by facilitating indigenous industry for the purpose. The vaccinated population in Bharat is more than the total populations of USA, UK, Germany, France and Canada combined. Mission Indradhanush aims at rapidly increasing full immunization coverage of children and pregnant women to 90% and sustain it thereafter.

On the political front, the abrogation of Article 370, 35A, nullification of a separate constitution and separate flag for J&K have been the greatest contribution of the Modi era. It brought Jammu and Kashmir at par with the rest of India politically, constitutionally and emotionally. These measures took away the constitutional justification for the separatist politics in J&K and with this ended the role of the exploitative politics in the name of religion and region for good.

The fight against the separatist politics of political parties in J&K achieved a major breakthrough over the last three years. Management of the floor of parliament in both the Houses in regard to abrogation of Article370 etc was an extremely outstanding effort and achievement of the Modi government in August 2019. We need to bear in mind that the BJP had no two third majority in either of the Houses on its own yet it achieved a staggering three fourth majority in favour of the abrogation in the Lok Sabha and two thirds majority in the Rajya Sabha while voting for the motion. It has a great historical bearing and outreach.

Terrorism as an instrument of ‘Jehad’ in J&K has been dealt with complete commitment and dedication by the government and the security forces in the UT of J&K. The response to unabated ethnic cleansing against the Hindus by the terror enclave needs a policy review by the government. The approach towards the primary victims, the soft tergets minority Hindus in the Kashmir valley in the form of PM package and non-PM package employees also requires a relook keeping in view the agitation of these employees in Jammu region and Kashmir valley.

There is no need to make their demand of relocation as a point of prestige by the administration. The demand is justified keeping in view that the PM package as an experiment started in 2010 failed miserably. Moreover, it was not the BJP’s baby and was implemented by the UPA regime despite the exiled community’s rejection of the package as an instrument of the so-called rehabilitation programme for Kashmiri Pandits in the valley. The government in view of the eight years of glorious achievements in almost all the fields is appealed and expected to listen to saner voices in this regard. The former DGPs of the state and the Army experts including the former incharge Northern command have made their opinions public and should lead the government to better destinations in this regard. The victims need not be made the ‘sacrificial lambs’ anymore now……!