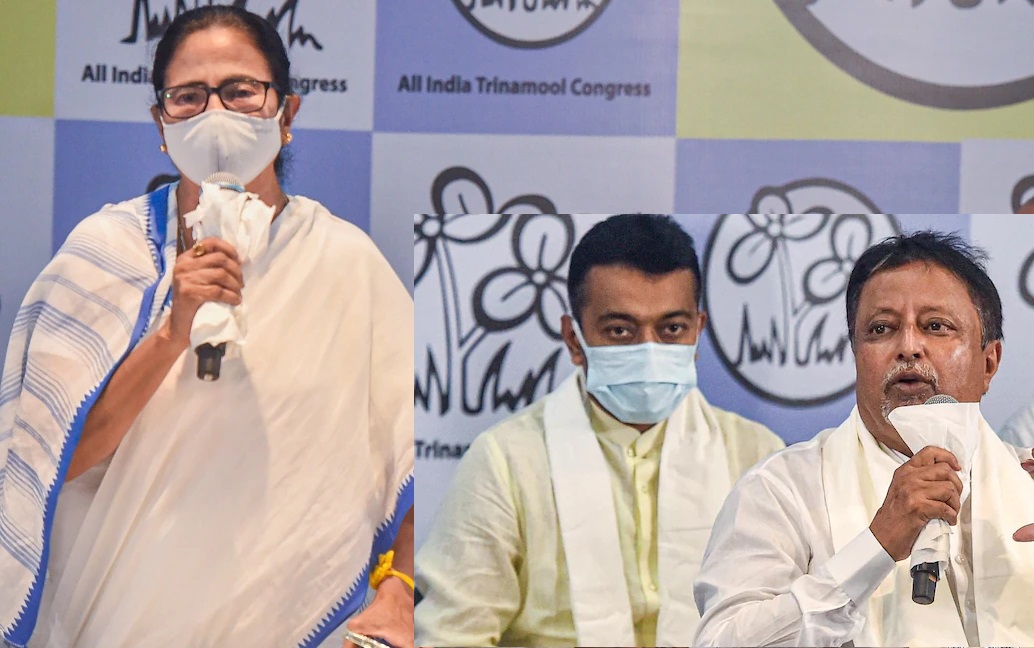 It came as no surprise when media houses broke the news of BJP leader Mukul Roy returning to his original camp on the afternoon of 11 June 2021. He had been an old-timer in the TMC who had switched to the saffron side in November 2017, and some attribute BJP’s 2019 phenomenal performance right under the nose of Mamata Banerjee to Mukul Roy’s political genius and his reading of Bengal’s pulse.

Then what went downhill for Mukul in the BJP that he had to return to the TMC? Here are some points to ponder over.

Politics enthusiasts of West Bengal, irrespective of their political inclinations, have claimed that Mukul Roy was not given the position he deserved in the 2021 elections. The BJP secured 18 Lok Sabha seats from the state in the 2019 General elections and it will be dishonest to not attribute the brilliant show to the former close aide of the state CM.

Despite this contribution, he somewhere seemed to have been side-lined during the 2021 assembly elections. Instead, the limelight was on the fresh poach from the TMC, Suvendu Adhikari.

2. BJP has no future in Bengal

Despite BJP rising from 3 to a historic 77 assembly seats in West Bengal, the TMC has still gained a full majority and is set to run the show for 5 more years. Though people demanded Presidents’ Rule citing the post-poll pogrom, the centre paid no heed to those pleas. Unlike in the case of HD Kumaraswamy and his shaky Chief Ministership in Karnataka, the TMC has won with a staggering majority, and in the 5 years to follow Bengal will see further demographic shifts and political murders that will dim chances for the BJP in the future, unless the Modi-Shah duo take some drastic steps, chances of which appear slim.

3. Narada-Sting case has cooled down

Roy had joined the BJP when the Narada scam case had sent the state abuzz and the political careers of the politicians involved were in jeopardy. Though he was summoned by the CBI in 2019, he easily skipped the CBI dates in the case. There has been no major escalation against him. The highly disputed case has now cooled down, and the accused ministers of the TMC have been granted bail. Subsequently, if the CBI now follows up on Roy too, getting bail citing how other accused have been granted the same would not be a challenge.

4. BJP didn’t extend the opportunity he was eyeing

An erstwhile Delhi voter, Mukul Roy had become a West Bengal voter in 2021. It would not be wrong to assume that the party heavyweight was hoping to be projected as the CM face of the saffron party’s battle for West Bengal. But the BJP tried in Bengal what it had executed in the 2019 Uttar Pradesh polls. They campaigned without a CM face, with people speculating on different faces at different times. After the entry of Suvendu Adhikari, the popular assumption was that he would be handed charge of the state if the BJP won.

5. Huge, lucrative offer by the TMC?

The opportunity that he didn’t get under JP Nadda, is he expecting the same under Mamata Banerjee? Did Mamata Banerjee promise him something huge? Mukul Roy was appointed as the National Vice-President of the Bharatiya Janata Party in September 2020. What bigger role could be proposed to him by a regional party where the TMC matriarch’s nephew Abhishek Banerjee is now firmly ensconced as the number two?

That Mamata Banerjee is targeting the coveted PM’s chair for 2024 is evident, but the CM chair she empties (hypothetically) will most probably be secured by her nephew. A known turncoat, what is Mukul Roy expecting, and what has he been promised?

Subhranshu Roy had to bite the dust in the recent elections he fought on a BJP ticket. With TMC retaining power for good, his flickering political career could dwindle out in the saffron camp. His father has spent a long time in politics and has seen enough, but like all political parents, Roy too is concerned about the career of his son whose possibilities are brighter under Mamata Banerjee whom he had started to “admire” soon after the results were out.

This might very well be the main reason for Roy’s return. In his statement during the press conference on 11 June, Roy stated “In the present circumstances, no one will stay in BJP”. Now, we all know what the ‘present circumstances’ are in WB. A state-wide pogrom has been unleashed against BJP workers and supporters that has claimed 27 lives, several gang-rapes and sexual assaults have been reported, and at least 40,000 people have been driven out of their homes.

Such is the reign of terror that BJP workers are now being forced to issue public apologies over loudspeakers. From denial of rations and vaccines, to demands for extortion money or sexual favors in order to return to their homes, every method is being used to intimidate and break BJP workers and supporters.

There can be any number of other reasons. Some ardent BJP supporters in the state believe that Mamata and Mukul were always in touch. She sent him to the rival camp to keep him and her party’s reputation clear of the Narada allegations, and have access to the inside developments of the national party. Now that their purpose is served, the matriarch called her old aide back. But this theory ignores the fact that Mukul Roy’s advent did help the BJP grow its base exponentially in the 2019 LS elections.