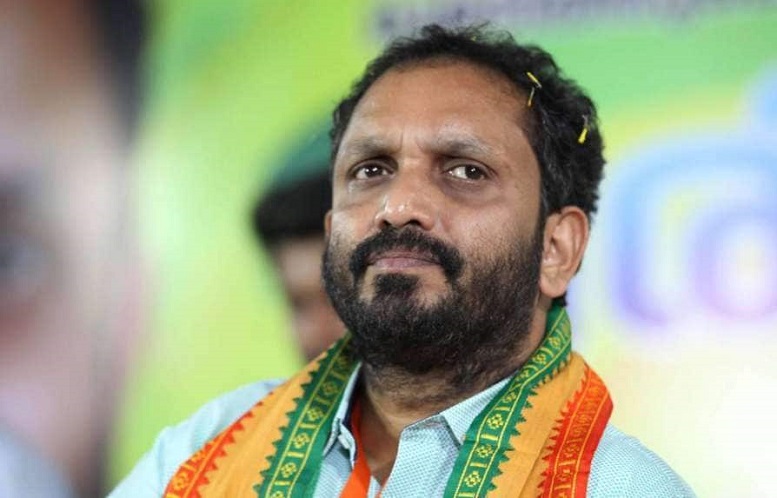 In what promises to be a new and radical move, K Surendran, the Kerala BJP President has promised Hindu devotees that if voted to power, the BJP would pass legislation that will do away with all Devaswom Boards. Most of the temples in Kerala come under the ambit of Devaswom Boards. Surendran challenged the CPM government to pledge to free temples from political interference. He has also promised to make the issue of Devaswoms a major poll issue and added that it will be discussed in public during the election rallies.

Why is this right to manage their temples being denied to the Hindu majority? Should the devotees decide the rituals and customs to be followed in a particular temple or a court? Why is the government or the court involved in such matters? Will the court be ready to audit the accounts of churches and mosques as it does with temples? Has the government and court interference in temple accounts helped stop theft and pilferage?

Take the example of Sabarimala. This year the government banned bathing in the Pamba river and also Neyyabhishekam. The bath in the holy river is an essential part of the tradition where devotees cleanse themselves before starting the trek up into the Hill Temple. Neyyabhishekam is an age-old ritual that involves pouring ghee (brought by the devotees) on the idol of Bhagwan Ayyappan making the ghee sacred which in turn is returned to the devotees.

What right does the government or the court have to decide on such rituals? The reason is that the government delegates such rights to the court. These issues arise since temples are being managed by the government. Committees of local devotees and donors should be entrusted with the management of temples.

Who gave the right to administer temples to the Devaswom Board? Why doesn’t the government dare manage mosques or churches?

Thousands of acres of land belonging to various temples throughout the state have been snatched from the devotees. Alternately not a single inch of land has been taken away from churches or mosques. The land thus obtained is being used for purposes not connected to temples. After coming to power the current CPM government has undertaken hundreds of acres of temple lands. In a secular democracy, why is the majority Hindu being made to bear the brunt of such excesses?

The land thus acquired has been usurped by private encroachers with covert assistance from corrupt officials. The scale of such encroachments can be gauged by looking at a few numbers. The Travancore Devaswom has around 1250 temples under its administration and temple land measuring around 5000 acres. Of this 3000 acres have been encroached and another 550 is disputed. There are three such major Devaswom Boards in Kerala. This points to gross inefficiency and corruption on a large scale.

It should also be noted that no true Hindu believer will attempt to embezzle a temple’s funds. Atheists and believers of other faiths in turn would have no qualms in doing so. And even if an irregularity does occur, the law of the land can be applied as it is for any other private body.

In spite of temples being nothing more than cash cows for the government, even basic amenities like potable drinking water and a neat and clean surrounding is missing in most big temples. This time around, the CPM government even charged poor pilgrims for covid testing at Sabarimala!

In schools coming under the ambit of Devaswom boards, Arabic is being forced upon young students.  What purpose do such policies serve other than help spread Islam amongst Hindus? States like Assam have come forward and have stopped government funding of Madrassas. They have made it clear that no religious teachings will be sponsored using government funding.

Releasing temples from the clutches of the government is the only way forward, if such atrocities against Hindus are to stop. However, while K Surendran’s intentions are good, we have to wait and watch whether his party walks the talk as its record has been inconsistent as far as freeing temples from government clutches goes. Similar promises were heard before the Karnataka assembly election too, but action is still awaited although the BSY government has announced some good pro-Hindu measures.

CPM govt. about to hand over temple lands in Malappuram to encroachers?

Temples to be freed from government control, Karnataka CM announces during budget speech