A brief primer on the #IndiaAgainstPropaganda trend 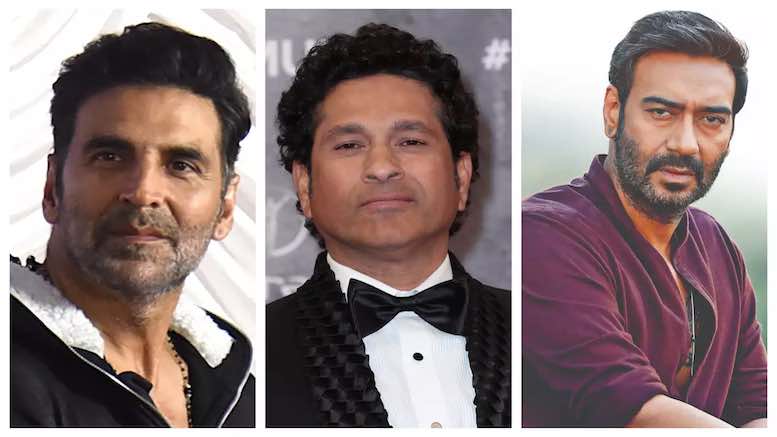 Lately, Canada based Anti-Bharat Khalistani forces have been busy working overtime in Bharat. They have come down in large numbers and have mingled with like-minded anti-national forces working locally. The Khalistanis have also brought with them their thick fat purses.

They know exactly what the newly introduced farm bills will do. The bills were introduced to increase the income of the real farmers and to free small farmers from the clutches of the middlemen and the money lenders. The latest unrest is being perpetrated largely by this group of middlemen and their stooges, with Khalistanis infiltrating the movement for their own goals.

Some local farmers have also joined the farm bill protests. They have their own apprehensions and misunderstandings (mostly flamed by anti-Modi elements and political parties). Having enjoyed the safety of maintaining status quo, some resistance is naturally expected whenever such new laws are introduced. The government on its part has been talking to the genuine stakeholders and are trying to iron out any issues regarding the laws.

What is the Khalistan Freedom Movement? A group of Sikh separatists wanting to create a nation to themselves using extremist tactics. The ordinary Sikh in Bharat knows he is respected by his countrymen and does not buy into the Khalistan Movement. He also knows his history. Having lost more than 2 lakh square kilometres of rich fertile land, in the name of the partition, and left with 50000 square kilometres all at the whims and fancies of a couple of men. The bloodshed and loss of livelihood to many is omnipresent in their psyche, especially since Punjab is a border state. Oddly enough, the word Sthan comes from Sanskrit meaning a place. Our not so friendly neighbour to the West also has a similar name. It should be noted here that as explained earlier, since a large chunk of Punjab lies in Pakistan, shouldn’t the proponents of the Khalistani struggle for a separate state be concentrating their efforts in that country? The name Khalistan is, by the way, no coincidence. Let us take a closer look at how and when this movement took its real path towards supposed glory.

Pakistan has a Bleed Bharat policy wherein they would infiltrate insurgents into border districts to try and break Bharat into pieces. This policy was actively taken up by Zulfikar Ali Bhutto since the seventies. This is what he famously said in those days, “Once the back of Indian forces is broken in the east, Pakistan should occupy the whole of Eastern India and make it a permanent part of East Pakistan…. Kashmir should be taken at any price, even the Sikh Punjab and turned into Khalistan.”

Pakistan ISI infiltrated not just personnel but weapons and more importantly drugs started to flow across the border. The Khalistani movement grew and by the time it was crushed in the 1980s considerable damage had been done. It ended in the violent assassination of Indira Gandhi, the then Prime Minister. It should be noted here that KPS Gill, himself a nationalist and a Sikh was the IPS Officer who stood up and crushed the separatist Khalistan movement.

Most of them fled to Anti-Hindu Anti-Bharat countries to continue their covert operations with aid and abetment from the ISI. Canada was one country that gave refuge and still continues to do so. Even today Canada encourages, abets and aids the Khalistan movement.

The latest attempt to destabilise Bharat began when Shri Narendra Modi of the BJP came to power. It reached its crescendo when Sikh extremists succeeded in seizing Red Fort in New Delhi and in flying the Sikh flag over its ramparts. They waited till the entire country was busy celebrating Republic Day, created havoc, beat up security personnel and entered the premises. Close to 400 policemen were injured and had to be hospitalised with even policewomen being targeted.

Several organisations based out of foreign countries including the United States have come out openly offering prize money to Khalistanis. Under the cover of a tractor rally, they have been covertly pushing their agenda to Bleed Bharat. Had the central government used force, the Khalistanis would have actually succeeded. The government kept its composure and is now relying on intelligence and the rule of law to bring the culprits to book.

This has enraged the Khalistanis who now hope to rope in paid celebrities to tarnish the image of Bharat. That will not be an easy task. Until some decades ago, Bharat used to wait for Glaxo or Pfizer to supply us with even B Complex vitamin medicines. Now we are in a position to export the covid vaccines to different parts of the world. The image of Bharat is at an all-time high even though we have not yet reached the peak.

This has not gone down well both within Bharat and amongst friendly nations. Citizens are now questioning the rationality behind foreigners meddling in our internal affairs. Several eminent personalities from Sachin Tendulkar to Akshay Kumar have come out openly on social media. The message they have put out is plain and simple. Do not meddle in our affairs!

India’s sovereignty cannot be compromised. External forces can be spectators but not participants.
Indians know India and should decide for India. Let's remain united as a nation.#IndiaTogether #IndiaAgainstPropaganda

Greta messing up her emails, withdrawing social media posts and now locking up her google docs toolkit is a perfect example of how not to conduct a riot. There are also allegations that the current online campaign against Bharat by the likes of Mia, Rihanna, Greta and Meena Harris was sponsored by none other than the INC.

Investigations are underway against these paid instigators of violence and traitors of Bharat.