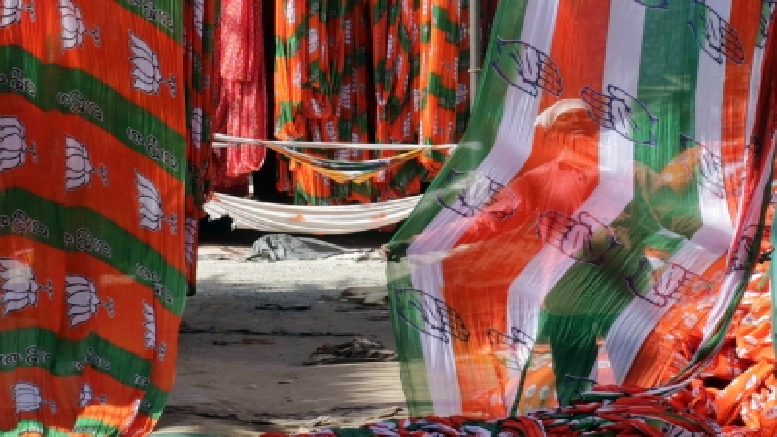 While the ruling BJP appears to be much ahead in its campaign to retain the power in Assam, the main opposition Congress is facing drawbacks in its efforts to form Bihar like ‘Mahagathbandhan’ (Grand Alliance) in order to make a comeback.

Shah, the former state BJP chief, visited West Bengal in the third week of this month when dissident Trinamool Congress heavyweight Suvendu Adhikari along with several other MLAs and MP joined the BJP, formally launched the ruling saffron party’s campaign for next year’s Assam Assembly polls on Saturday.

The ruling Bharatiya Janata Party (BJP), on the other hand, was already in a cheering mood as the party pulled off excellent results in the recent elections to the Bodoland Territorial Council (BTC) and the Tiwa Autonomous Council (TAC) in Assam. After the outcome of the BTC polls, the BJP dumped the Bodoland People’s Front (BPF) and announced to support its new allies the United People’s Party Liberal (UPPL) and Gana Suraksha Parishad (GSP) to take power in the politically significant autonomous body.

The BJP in the December 7 and 10 BTC polls fought against the BPF despite ruling Assam together since 2016 along with the AGP. Assam Congress Spokesperson Rhituporna Konwar said his party would form a Mahagathbandhan with the Left parties, Krishak Mukti Sangram Samiti (KMSS) led by jailed leader Akhil Gogoi, various tribal and local parties besides the All India United Democratic Front (AIUDF), a Muslim-dominated party in Assam.

“We have 26,000 booth committees across Assam’s 126 Assembly constituencies except the BTC areas. As part of our full-fledged preparations for the next years’ Assembly polls, the booth level conference would start from January 2.

“We would soon publish a booklet highlighting the BJP government’s misrule, corruptions besides non-fulfillment of electoral promises given to the people before the 2016 Assembly elections,” Konwar told IANS.

Another senior Congress leader and All India Mahila Congress President Sushmita Dev suggested strengthening the party base at the grassroots level. “Gogoi was our tall leader in Assam. If we do not cooperate with incumbent state President Ripun Bora, opposition leader Debabrata Saikia and other leaders, even God cannot help the Congress to expand its base and to secure votes in the elections,” she told IANS.

Dev, daughter of former Union Minister and veteran Congress leader Santosh Mohan Dev, claims that 80 per cent of the Congress workers did not accompany Ajanta Neog and Rajdeep Gowala. The BJP had wrested power from the Congress in Assam in 2016 by becoming the single largest party with 60 MLAs in the 126-member Assembly and formed an alliance with the BPF and the Asom Gana Parishad, which won 13 and 12 seats, respectively. The ruling alliance also has the support of an Independent MLA.

The Congress, which governed Assam in three straight terms (2001-2016), had secured 26 seats while the AIUDF had bagged 14 seats in the last Assembly polls five years ago.

Renowned writer and veteran political commentator Sushanta Talukdar said months ahead of the Assembly elections, scheduled to be held in April-May, the Congress has been facing a host of electoral and political shortcomings.

“The Congress’ indecisiveness over the state leadership, political issues and alliance with the like-minded parties has put the party on the back burner. When Congress leaders in southern Assam supported the new Citizenship (Amendment) Act, the state level leaders in Guwahati and the Central party leaders were against it,” Talukdar told IANS.

He said that despite the Congress not in power and being the main opposition party, the state leadership is not united and internal feud is rising. “The central leadership while being indecisive over the leadership issue, is equally not serious to strengthen the party in the states,” said Talukdar, also a veteran journalist of Northeast Bharat.

“The Congress in Assam is in full preparations for the coming elections. Our election prospect is much brighter this time,” Sharma claimed.

BJP’s National Vice-President, Baijayant Jay Panda, who is the Assam in-charge for the saffron party, visited the state last week and claimed that the party is fully confident of securing “the mission of 100 plus seats” along with its allies. “The BJP along with its allies would retain power in Assam and would secure at least 100 seats in next year’s Assembly elections,” Panda said in Guwahati.