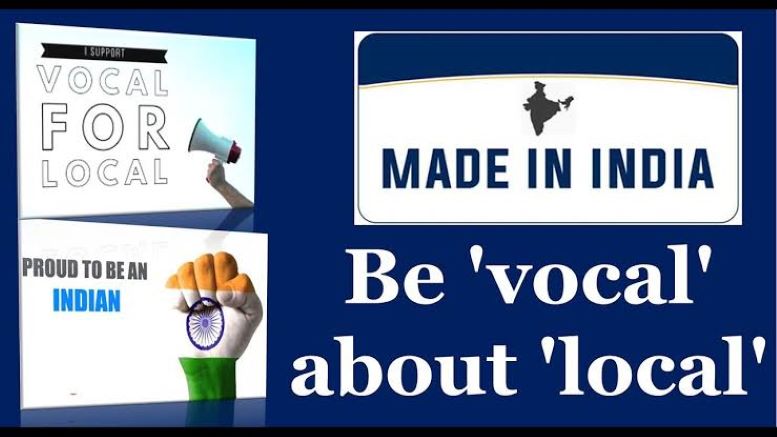 Following the ban on Chinese apps, the call for localisation and Swadeshi has grown louder. Bharatiyas have not just started to shun Chinese apps and products but have also suggested local alternatives for the same.

The youth has been at the forefront of this “vocal for local” campaign and in keeping with that spirit two school students have developed a tech website which suggests Bharatiya substitutes for Chinese apps and products.

Sir, we, two school students, have created Swadeshi Tech, a website to find alternatives to Chinese products and apps. Please encourage us by sharing your thoughts about the idea. https://t.co/lUFYA4FQVp #swadeshitech

The website Swadeshitech.in provides local alternatives for a range of apps and products. The categories in the app section include social, chatting, video calling, scanning, shopping, security, news, games, and internet browsers among others.

Similarly, the site also lists down a range of Desi products one can use as a substitute for their Chinese counterparts. There are a range of laptops, mobiles, refrigerators, air-conditioners, washing machines and television brands from which one can choose.

The site also has a video by Sonam Wangchuk explaining why one must boycott Chinese products and apps. In addition, there is provision for making suggestions as well. It is heartening to see young children stepping up to the plate and contributing towards building the nation.

This thought is in keeping with the Prime Minister’s call for self-reliance through his Atmanirbhar Bharat campaign. The aim of this campaign is not just to reduce our reliance on imports but also to boost the domestic industry including MSMEs (Micro, Small and Medium Enterprises) and manufactuting industries in particular.

Besides this, several Bharatiyas have come forward with fresh alternatives for Chinese apps. Some of which have been around for quite some time now yet were somehow away from public memory.

One such app which has gained traction in recent times is Chingari a substitute for the popular Chinese short video app TikTok. This app has been developed by an IT professional from Chhattisgarh along with developers from Karnataka and Odisha.

This app which was created with the demands and requirements of Bharatiyas in mind was officially released about a year and a half ago in November 2018 on Google Play store. Its product chief Sumit Ghosh informed Times of India that since the banning of TikTok the demand for Chingari has increased and currently the app has more than 25 lakhs downloads.

Developed by Odisha’s Biswatma Nayak and Karnataka’s Siddharth Gautam, Chingari which is available in multiple Bharatiya languages is the sole social application that is fully developed in Bharat and is a perfect substitute for TikTok.

This is just the beginning and given the pool of talent that Bharat is known to nurture we can be sure that we are poised to touch greater heights. When school-going children show passion for Swadeshi it means atmanirbharta (self-reliance) is definitely within reach.