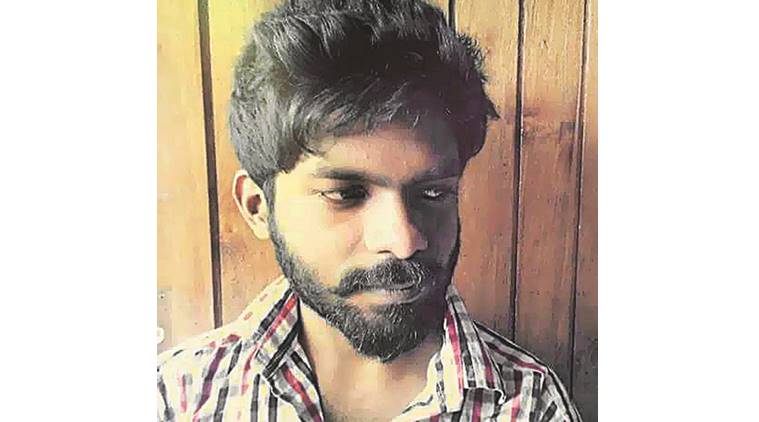 A young Muslim writer was assaulted by 4 people – Jaffar and three unidentified men – in the Palakkad district of Kerala for allegedly insulting God in the title of his new collection of short stories.

The incident took place on Sunday night. Reports said that 26-year-old P Jimshar was attacked when he was waiting at a bus-stop at Koottanadu in the district. Jimshar’s collection of short stories – ‘Padachonte Chithra Pradarshanam’ (God’s Photo Exhibition) – is slated for release on August 5. The word ‘Padachon’ means Allahu (God/Creator) in Malayalam.

In his complaint to the police, the writer said that he was waiting for a bus when a man came up to him and said he knew him. “He took me a little away from the bus stop and asked, ‘Will you write derisively about Padachon?’ Then I was kicked in the chest. Three others also joined him and attacked me. Locals took me to hospital,’’ he said.

He, however, added that ‘Padachonte Chithra Pradarshanam’ has nothing to do with God, and that the title is one of the nine stories in the book. He also told the police that there were a large number of threatening messages earlier through whatsapp. He added that he had publicized his works through social media and it is during this time that the calls were received.

In Islam, it is haraam (forbidden) to draw pictures or create sculptures of animate objects. Pictures of Allah or the prophet of Islam are especially forbidden. This is borne out by reliable hadith (A hadith is one of various reports describing the words, actions, or habits of the Islamic prophet, Muhammad). The two most highly respected collections of hadith are the authenticated collections : the Sahih (lit. true, correct) Bukhari and Sahih Muslim. One of the hadiths from Shahih Bukhari says  –

Allah’s Apostle said, “The makers of these pictures will be punished (severely) on the Day of Resurrection and it will be said to them, ‘Make alive what you have created.'”  – Sahih Bukhari 7:72:844

One of the reasons given by Islamic scholars for this disapproval of any picture/image is the fear that such imagery may lead to worshipping of statues or pictures, which will violate the belief of Tawhid (oneness of God) and lead to polytheism.

This Islamic injunction has been used by Muslim fundamentalists to wreck havoc through the ages – in Bharat alone, countless Hindus temples were destroyed by the Islamic invaders, their murtis destroyed, many of the murtis used as stepping stones for mosque entrances. In just the 21st century we have seen global Islamist violence over controversies involving depictions of the prophet of Islam – Charlie Hebdo attacks in Paris, the Danish newspaper Jyllands-Posten Muhammad cartoons controversy etc.

This latest incident of a young writer being beat up because radical Muslims ‘suspected’ he was insulting their God is not new. It is believed that the radical Islamist organization PFI (Popular Front of India), who were responsible for chopping off the hand of Prof. T. J. Joseph for alleged blasphemy, could be behind this latest attack as well. Here are some of the other recent incidents of Islamist intolerance from Kerala –

Marh 2016: Protests by PFI and other Islamic organizations against Mathrubhumi, a leading Malayalam daily, for purportedly offensive comments regarding the prophet of Islam.

Dec 2015: Kerala Muslim Rafeeque’s studio burnt after he slams the burka on a WhatsApp Islamic forum

July 2010: Islamists from PFI chopped off Christian professor’s hand because he set a grammar exam question about a character called Mohammed.

Violent Islamist protests and threats against artists, journalists, writers and movie-makers is common across Bharat. Some prominent examples are: The hounding of Urdu daily editor Shireen Dalvi for re-publishing the Charlie Hebdo cartoons, protests against Marathi newspaper Lokmat for publishing a ‘blasphemous’ picture,  the withdrawal of Salman Rushdie from the Jaipur literature festival after intelligence reports of a plot by Islamic fundamentalists to assassinate him for ‘heresies’ in his novel ‘The Satanic Verses’, the violent threats by Muslim outfits against Kamal Hassan’s film Vishwaroopam, the arrest of the editor and publisher of the Kolkatta based daily Statesman for ‘hurting Islamic sentiments’ in an article, and the murderous attack by MIM leaders led by Asaduddin Owaisi on exiled Bangladeshi writer Taslima Nasreen.

While Hindus like Dinanath Batra are harshly castigated for being ‘cultural fascists’ if they so much as file a legal appeal against a book by Hinduphobic scholars, who will bell the cat when it comes to the real Islamo-fascist intolerance? Journalism of courage, anyone?