Yogi In Kerala – An Analysis Of Kerala Model Of Development 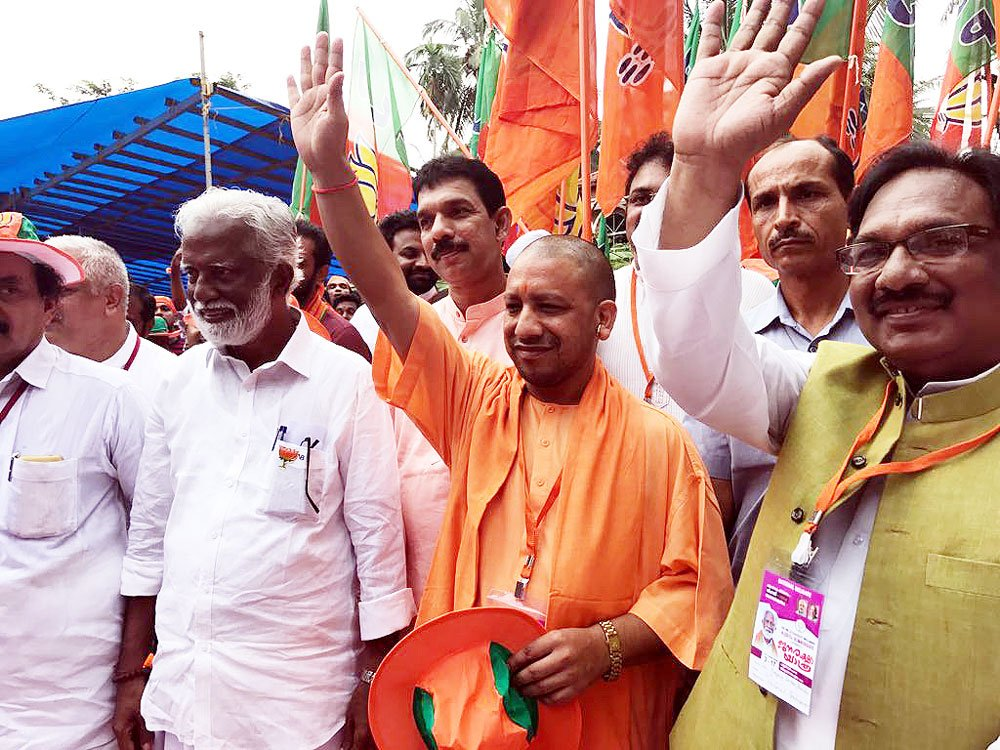 Recently during the visit of the Chief Minister of Uttar Pradesh Yogi Adityanath to Kerala, we witnessed many left liberals and others, mocking Yogi and gasconading about the ‘Kerala model’ of development comparing it with the situation in Uttar Pradesh.

The official handle of CPI-M even mocked Yogi Adityanath’s visit with their tweet:

We invite UP CM Yogi to visit Kerala Hospitals to learn how to run Hospitals effectively! https://t.co/SzNsMVCDp8

However, Kerala itself has poor healthcare with fever outbreak being common, especially as soon as the rain approaches during the monsoon. This year itself hundreds of people have died and lakhs have been infected with dengue, chikungunya and other epidemics in Kerala. About 420 people lost their lives from January to August 2017 according to the State Health Minister KK Shylaja.

In fact the capital city of Thiruvananthapuram itself witnessed 103 deaths by viral fever during the first few weeks of monsoon. It must also be noted that Travancore province was one of the most developed regions in Bharat during the time of Independence, topping virtually every field from healthcare to industry. In fact, Travancore was the first state to make vaccination compulsory for public servants, inmates of jail and students through a royal proclamation in 1879. So, such a high number of deaths in the capital city which was known for its development even before independence tells a lot about the failure of the current & past Left / Congress governments in Kerala.

Also, comparing the situation of the respective states under the regimes of Pinarayi and Yogi, it is quite evident that the situation of healthcare in Uttar Pradesh has improved with less number of deaths while Kerala has gone backwards.

In 2016, there were 2458 cases of Chikungunya in UP. This year so far only 17. This is the difference a BJP govt brings. pic.twitter.com/4DU8SWrx7i

Additionally, situation in Kerala is worse than states like Assam, Madhya Pradesh etc., in terms of malnutrition. According to the CAG’s report on ‘Performance audit of ICDS scheme’ in 2013, Kerala found a place among States where the gap between eligible beneficiaries and actual beneficiaries was more than 50 per cent. As a result of this, Kerala recently sought the help of United Nations agency to tackle the issue of malnutrition. Making this announcement during a meeting with Pinarayi Vijayan, World Food Program Country Director Dr. Hameed Nuru said, “Malnutrition is one of the major challenges faced by the state. One out of five children belonging to the age group of below five years are suffering from malnutrition in Kerala”. So it is ridiculous to boast of superior healthcare when hundreds have passed away due to fever and many being malnourished. The situation in rural and tribal areas like Attappadi has no need to be highlighted. We read about infant deaths and other issues from these areas every year.

Also Healthcare is not the only issue in Kerala, Kerala has high amount of crimes, especially rapes and other crimes against women. It is true that the rate is high because of better reporting of cases. Still, the high rate of crime, considering the lesser population in Kerala compared to other states, is alarming. In 2016 alone, over 2500 rape cases were reported in Kerala. The brutal rape and murder of Jisha, Soumya etc became national news along with the abduction and molestation of a famous actress. This shows that Kerala has its issues with law and order and especially in the domain of women’s safety.

Apart from this, it is needless to mention that Kerala has high number of jihad recruitment cases, where numerous youths have been recruited into Islamic terrorist organizations like ISIS, Al-Qaeda, Lashkar-e-Taiba etc. So taken as a whole, Kerala has serious issues with law and order along with Islamic terrorism.

Uttar Pradesh too has its own set of problems. With population & area many times larger than that of Kerala, it will need more effort to solve many issues in Uttar Pradesh. But that doesn’t mean we must boast of Kerala being more advanced by being blind to Kerala’s own critical issues.

Besides, Yogi has not even completed one year as Chief Minister of Uttar Pradesh. So how can we blame Yogi for all the problems faced by Uttar Pradesh? Also, unlike Yogi, both Communist and Congress governments have been in power for many times since the formation of the state. Still, many of many of these highlighted problems persist in Kerala with no action whatsoever from both the LDF and UDF governments.