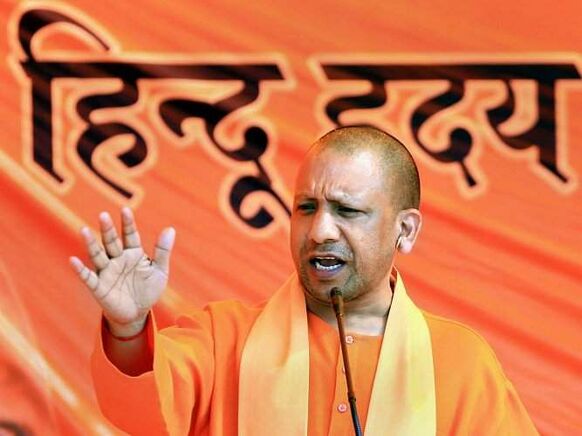 Garga Chatterjee, ardent TMC proponent and founder of the quasi-separatist Bangla Pokkho outfit, has routinely belittled Hindi-speaking people and derided the BJP as an ‘anti-Bengali’ party. However, the BJP government in Uttar Pradesh has taken a historical step for Bengali Hindus that the Bangla Pokkho, which champions Bengali sub-nationalism and claims to work for Bengali rights, should ideally have urged the TMC state government to take up.

UP CM Yogi Adityanath on Wednesday took the decision to rehabilitate several Bengali Hindus who had sought refuge in Bharat after being driven out of East Pakistan (present-day Bangladesh) in 1970, and dedicated a land area of 121.41 hectares in village Bhainsaya, tehsil Rasulabad, district Kanpur Dehat. The land is available in the name of the Rehabilitation Department.

In addition, these Bengali families will also be granted a sum of INR 1.20 lakh each with which they can build their houses through the Uttar Pradesh Chief Minister Awas Yojana scheme (rural). Keeping the requirements under the MNREGA scheme in consideration, land improvement and irrigation facilities will also be implemented near the settlement.

The Additional Chief Secretary for Revenue, Manoj Kumar Singh, is likely to visit the venue shortly, inspect the area and gather more information to facilitate the rehabilitation process.

Uttar Pradesh is also the first state to have begun the process for implementing the Citizenship Amendment Act (CAA) in January 2020. The Yogi government had identified about 40,000 non-Muslim immigrants living in the 19 districts of the state – Agra, Muzaffarnagar, Aligarh, Gorakhpur, Lucknow and Pilibhit among others – and forwarded their names to the Union Home Ministry. Its a different matter that the central government has put the CAA on freeze ever since and has yet to notify the rules for implementing the Act.

This year, besides the above mentioned measures for Bengali Hindu refugees, the state government has also approved a proposal to implement the ‘Mathrubhumi Yojana’ which facilitates individuals or private institutions that want to contribute towards the development of any village.

As per a press release issued after the cabinet meeting helmed by Chief Minister Yogi Adityanath, many people from rural backgrounds who are successfully employed in other Bharatiya cities, or are working abroad or are privileged in other ways, often wish to contribute towards the upliftment of their village but couldn’t do so due to the absence of a systematic platform.

“If any such person or private institution wants to contribute in development works or improving infrastructure facilities in any Gram Panchayat and is willing to bear 60 per cent of the cost of the work, then the remaining 40 per cent amount will be arranged by the state government under this scheme,” read the press release.

The ‘Uttar Pradesh Mathrubhumi Society’ will be set up to ensure the effective implementation of this scheme. This society will consist of a governing council and have an empowered committee reporting to it. The state Chief Minister will act as the president of this governing council and the post of Vice President will be taken by the Minister of Panchayati Raj of the state.