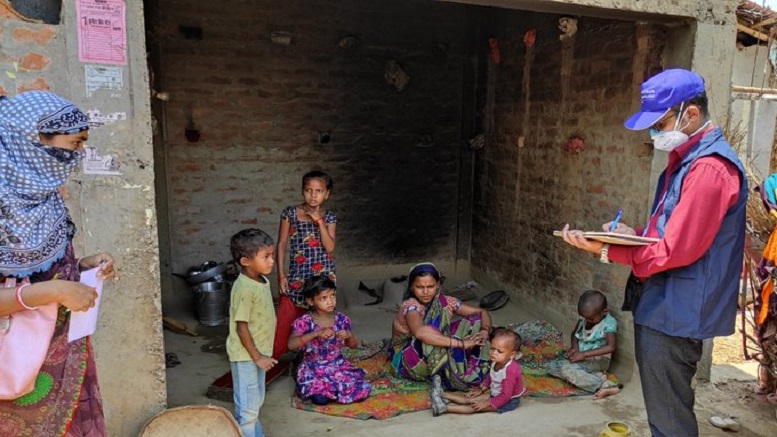 As part of its efforts to bring down the second wave of Covid cases in the state, UP government has adopted an innovative way, with special teams fanning out in rural areas to screen for Covid-positive cases. The goal is to contain transmission by testing people with symptoms, for rapid isolation, disease management and contact tracing.

As per a WHO (World Health Organisation) report on this drive –

“Government teams are moving across 97,941 villages in 75 districts over five days for this activity, which began on 5 May in India’s most populous state with a population of 230 million.

Each monitoring team has two members, who visit homes in villages and remote hamlets to test everyone with symptoms of COVID-19 using Rapid Antigen Tests (RAT) kits. Those who test positive are quickly isolated and given a medicine kit with advice on disease management. All the contacts of those who test positive are quarantined and tested using an RT-PCR at home by a rapid response team.

Two mobile vans have been allocated to each Block within a District in the state to test people with symptoms, even as routine sample collection and testing continues in Community Health Centres.

The state government has deployed 141,610 teams and 21,242 supervisors from the state health department for this activity to ensure all rural areas are covered.

Those with symptoms are tested and given medicine kits and information on quarantining and isolation, both at home and in hospitals. People without signs of COVID-19 are urged to get vaccinated and follow COVID-appropriate behaviours to prevent transmission in rural areas of India’s most populated state.

This mammoth case-finding activity which was planned to cover the approximate 1 lakh villages in 75 districts of UP in just 5 days, comes just when fears were rising that the Covid-19 second wave is now becoming visible in the hinterlands areas of UP.

UP had managed to contain the pandemic during the first wave, with the state witnessing a peak of just 7K daily cases last year; by contrast, tiny Kerala had witnessed a peak of over 9K daily cases. However, the second wave cases in UP exploded after 8 April this year, hitting a peak of almost 38K daily cases by 28 April. Incidentally, the sharp rise occurred just when CM Yogi Adityanath tested positive for Covid on 14 April and had to go into isolation for recovery. Once he tested negative and returned to work on 30 April, the state has done better at fighting the pandemic and fresh cases have dropped to 21K on 10 May.

Now, this system of rapid testing and isolation has started to show positive results and the test positivity rate of the state is in decline. It now stands at less than 10%, from its peak of 19% recorded towards the end of April. Meanwhile, in states like Kerala, it is a whopping 28% and still rising.