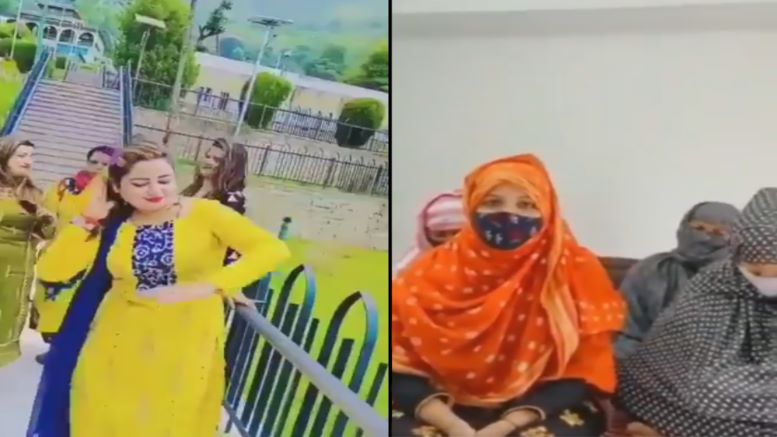 Following this, the women are alleged to have received threats from Maulvis in Kashmir who threatened to file FIRs against the women and issue fatwas (Islamic orders) as well. The women were then forced to release a video in which they are seen apologizing profusely for dancing in front of the dargah. The extent of fear is apparent from the fact that all the women have worn either hijabs or burqas in their apology video,

Further, they even refused to speak to the media and that their video statement is all they want to say in the matter. The apology video shows the women begging for forgiveness and stating that they didn’t intend to hurt anyone’s religious sentiments.

Meanwhile, the champions of women’s rights have expectedly gone totally silent. The liberal cabal that was earlier batting for filmmakers to shoot obscene kissing scenes within the premises of a temple, would not even dare to speak against the high-handedness of the maulvis.

Readers may recall the Netflix web series A Suitable Boy had three kissing scenes shot within the temple premises but against the backdrop of aarti (Hindu religious chanting) that was passed off as “creative freedom”. Don’t Muslim women have the creative freedom to dance in front of a dargah? Shouldn’t liberals be championing the freedom of expression rights of these women as guaranteed by the constitution?