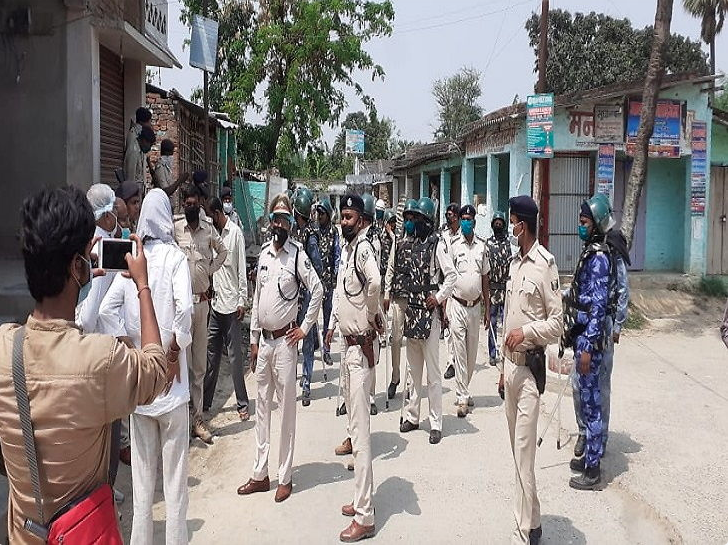 Female ASHA health workers were attacked in a minority-dominated pocket of Bihar’s Darbhanga district today, while conducting a Covid-19 survey, reports CNN-News 18. The accused youth has been arrested.

The women ASHA and anganwadi workers had gone to conduct a survey in Bhalpatti village to ascertain if any out of state people were residing there. As they were doing their work, some people from the Muslim community took objection and misbehaved with them. They tore up their papers and even tried to disrobe them by tugged at their saris and tearing their clothes.

As soon as authorities were informed about the incident, they rushed to the village and one youth was taken into custody. But an irate mob soon surrounded the officials and tried to snatch the arrested person from the police jeep. Additional police force was rushed to control the situation.

This incident comes after a similar attack in Bihar’s Aurangabad district on Wednesday in which several health workers and policemen were injured. In Motihari, East Chamapran district, officials who had gone to spread health awareness were attacked by villagers in which a BDO got injured.

Again on Wednesday, health workers, doctors and police faced a violent assault by a mob in a Muslim locality of Moradabad, UP when they went to quarantine the brother of a Muslim man who had died from Covid-19. 17 people, including 7 women, have been arrested for that assault.

Such attacks on health workers, doctors and nurses by Muslim mobs and Covid19 patients have been reported from many places in UP, Delhi, MP, Maharashtra, Rajasthan, Telangana, Karnataka, Tamil Nadu and other states.

Multiple factors are believed to be behind these shocking attacks, chief among them being – rumours about Muslims being killed/ill-treated in quarantine camps; scare-mongering by secular-liberals that Government is trying to surreptitiously conduct NRC/NPR surveys to take away citizen rights; indoctrination by mullahs and community leaders that Muslims are immune to Covid-19 or that it is a conspiracy to target Muslims.