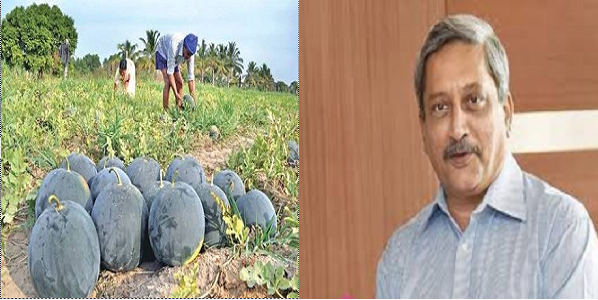 A speech by Bharat’s Defence Minister Manohar Parrikar at an event hosted by the Federation of Gujarat Industries in Vadodara, has a very powerful message for the education system of our country –

“I am from the village of Parra in Goa, hence we are called Parrikars. My village is famous for its watermelons. When I was a child, the farmers would organise a watermelon-eating contest at the end of the harvest season in May. All the kids would be invited to eat as many watermelons as they wanted.

Years later, I went to IIT Mumbai to study engineering. I went back to my village after 6.5 years. I went to the market looking for watermelons. They were all gone. The ones that were there were so small. I went to see the farmer who hosted the watermelon-eating contest. His son had taken over. He would host the contest but there was a difference.

When the older farmer gave us watermelons to eat he would ask us to spit out the seeds into a bowl. We were told not to bite into the seeds. He was collecting the seeds for his next crop. We were unpaid child labourers, actually. He kept his best watermelons for the contest and he got the best seeds which would yield even bigger watermelons the next year.

His son, when he took over, realised that the larger watermelons would fetch more money in the market so he sold the larger ones and kept the smaller ones for the contest. The next year, the watermelons were smaller, the year later even small. In watermelons the generation is one year. In seven years, Parra’s best watermelons were finished. In humans, generations change after 25 years. It will take us 200 years to figure what we were doing wrong while educating our children.”

Manohar Parrikar is spot on when he says that just like the watermelons of Parra were destroyed in 7 years, we too are on the path of destroying our nation society as we have neglected our education system for many generations now. One hopes that Parrikar ji’s colleague Prakash Javadekar in Ministry of Human Resource Development (MoHRD) and PM Modi listen to his message and take the following actions asap –

Drive for excellence in public schools

(Disclaimer: We are grateful to Eisha Sarkar for her transcription of Manohar Parrikar’s speech.)

France recalls ambassadors to US, Australia over submarine row