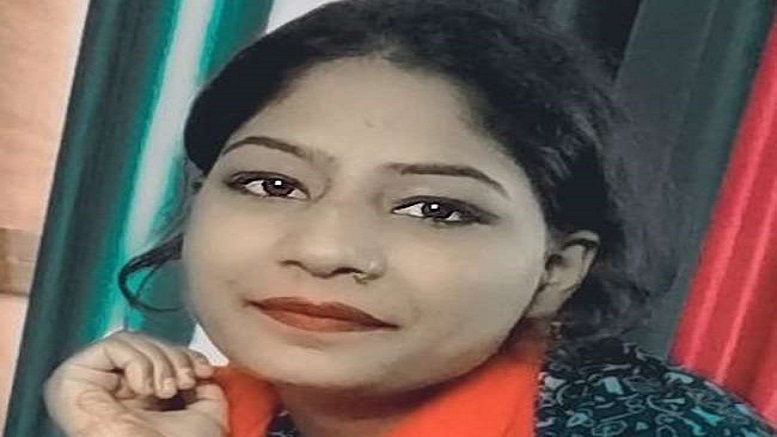 In the Raipur area of Uttarakhand’s Dehradun, a recently married women has been found dead in mysterious circumstances. The maternal relatives of the women have accused the husband of killing her. Pooja, originally from Pauri Garhwal district of Uttarakhand had been living in Dehradun along with her family. A few years ago , Shafiq Ansari, a resident of Dehradun, came in contact of Pooja and a relationship started. Both got married about two and a half years ago.

Pooja also converted to Islam and took the name of Inayat. According to the brother of the girl, immediately after the marriage, Shafiq started torturing the girl. However, the family intervened to sort out the matter. Her uncle told the media that Shafiq used to have doubts on Pooja’s character and that was the major source of their fights. About a week ago, the accused Shafiq had a big fight with Pooja, after which she came to her maternal home with her 8 month old child.

On Thursday, Shafiq came to pick up his wife and took her home. According to reports, there was an argument again on the morning of Friday. The maternal relatives of Pooja got a call at 11 in the morning on Friday itself that Pooja has committed suicide. However, they claim that she has been murdered and then hanged. The dead body has been kept in a mortuary and the post mortem would be conducted to find out the truth. The accused has also been arrested.

Uttarakhand has laws that try to stop the cases of grooming jihad, commonly also called “love jihad”. The law requires the person to intimate to government at least a month in advance about the conversion of faith. However, hardly anyone has been booked under the laws. On the other hand, in recent months many cases of missing young girls have come to light in hill areas of Uttarakhand.

Although the police found the girl after 2 weeks in the above case, many cases remain unsolved. The grooming of Hindu girls is not an issue specific to Uttarakhand. From almost every part of the country, we hear news of girls deceived into a romantic relationship, mostly based on the initial fake identity of the boy as Hindu. Later, she is converted to Islam, has a nikah and in a significant number of cases, is murdered. Some state governments have made laws to tackle this and that could be part of the solution.

However, an exclusively legalistic solution to a social issue is not possible. Unless the girls realize the full legal, social and cultural implications of marrying a Muslim, and marries the man under the Special Marriage Act, she surrenders most of the rights that are available to Hindu women.

That apart, the marriage of Hindu women into other religious groups, without the same proportion of women from other religions marrying Hindu men is a sure shot way to demographic disaster. For reference, this is one of the reasons why Coptic Christians are a small minority in Egypt, when they were a majority just 6-7 centuries ago. In Lebanon, Christians were more that 50% even in 1932, now Christians are somewhere around 40%. Hindus need to learn and take necessary steps to ensure that our “intolerant minority” does not become a genocidal majority in any foreseeable future.