US Government Should Stop Supporting Likes of Compassion International, For True Partnership With Bharat 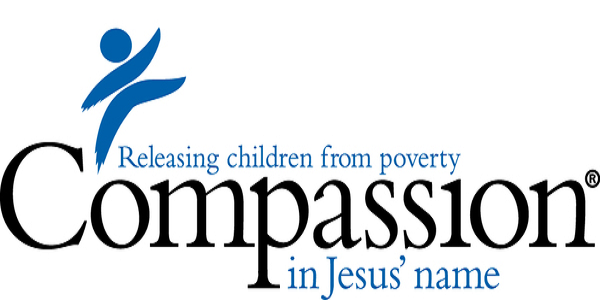 Many urban Hindus are big fans of the United States of America. If this 2015 Pew Survey is to be believed, seven-in-ten citizens of Bharat have a favorable opinion of the U.S, with college educated Bharatiyas (83%) much more likely than those with only a primary school education or less (61%) to have a positive view of America.

Like many things about the present day Hindu, ignorance has a large part to play in this unqualified love for USA.

The case of Compassion International, a US-based international NGO which ostensibly works for Child ‘Welfare’, and which has been denied FCRA (Foreign Contribution Regulatory Act) license by Bharat’s Ministry of Home Affairs (MHA), offers an interesting case study.

The entire case has been summarized by twitter user @zeneraalstuff in a series of tweets. To paraphrase the same –

If this isn’t an attack on Bharat’s sovereignity, what is?

How can we be say that Compassion International is a Missionary Org?

Firstly, the majority of entities that CI was routing money to in Bharat were evangelical organizations carrying out conversions in the guise of welfare work. Time and again, we have seen how some Christian child ‘welfare’ orgs are engaged in downright criminality such as sexual abuse and exploitation of poor children – HinduPost has reported on few such cases from Andhra Pradesh, Western UP and Rajasthan.

Moreover, even though the CEO of Compassion International has denied any missionary agenda, their official twitter handle clearly states that CI is an ‘openly evangelical organisation.’

The 2012 US tax return filed by CI, again assiduously dug out by @zeneraalstuff, lets the cat out of the bag completely. In a section of the form titled ‘Part III Statement of Program Service Accomplishments’, the form asks some questions, and CI answers are as below –

In response to the Great Commission, Compassion International exists as an advocate for children, to release them from their spiritual, economic, social, and physical poverty and to enable them to become responsible and fulfilled Christian adults.

In Christianity, the Great Commission is the instruction of the resurrected Jesus Christ to his disciples to spread his teachings to all the nations of the world. Also, CI aims to release Hindu children from ‘spiritual poverty’ and ‘enable’ them to become Christian adults.

Compassion Core Programs – Compassion’s Child Sponsorship Program (CDSP) connects impoverished children in the developing world with individual sponsors in developed nations who fund and participate in a holistic process of child nurture and care. Implemented through church-based child development centers, sponsored children are ushered into a systematic program of discipleship where they experience the benefits of being known, loved and protected. Child development outcomes are monitored in the areas of health practices and physical health; economic skill building and motivation; abilities in social interaction; and demonstrated commitment to the Lordship of Christ. Each outcome category has an attendant set of growth indicators. CDSP beneficiaries total 1,474,370 in 26 countries….

Compassion International exists as an advocate for children in poverty. It strategically raises the awareness of the needs, neglect, nurture, and potential of children in poverty and inspires and enables the Church to a greater involvement and effectiveness on their behalf. In developing nations where Compassion does not implement its holistic child development programs, Advocacy initiatives provide curriculum and training to churches and universities as well as convenes theological conferences on child development, and maintains a holistic child development website. In the developed world Compassion Advocacy mounts cause-based communications and provides resources to the Church to spur involvement on behalf of children.

Can any rational person still hold any doubts as to the true nature and intent of Compassion International? And let there be no doubts about the size of the challenge facing Hindus – CI is a global behemoth with a budget of ~ $700 million (as of 2012) – and Bharat is one of their focus areas for the soul harvesting business.

Why is the US Government so Worried about Compassion International Operations in Bharat?

This is the million dollar question, which all Hindus should be asking. Simply put, evangelical organizations and the Generic Church are instruments of US State Policy. As @zeneraalstuff explains –

US Foreign Affairs Committees and Federal Departments define policy towards nations based on data and analysis carried out over the years. One of the aspects is the status of Human Rights (HR) in each country. An aspect of HR is the vibrancy of civil society, aka NGOs and media. The Congressional Hearing for Compassion International is part of that assessment. In truth, organizations like Compassion International and the Generic Church are instruments of US State Policy.

This video ‘Secret Wars of the CIA John Stockwell’ explains how the US deep state works to destabilize developing nations.

The US itself is extremely cautious about allowing the use of foreign money in their country’s socio-political sphere. In the US, the FARA act requires all foreign agents, i.e., anyone receiving monies from outside the US, to disclose periodically who they receive money from, if they are to be allowed to participate in American public life –

Foreign Agents Registration Act (FARA) was enacted in 1938 and requires “persons acting as agents of foreign principals in a political or quasi-political capacity to make periodic public disclosure of their relationship with the foreign principal, as well as activities, receipts and disbursements in support of those activities.” The Act is a tool used by the U.S. government to evaluate potential propaganda and be aware of the lobbyists’ relationships.

Prosecutions under FARA are common – in 2012, an American citizen of Kashmiri origin Syed Ghulam Nabi Fai was sentenced to two years of imprisonment by a US court for concealing transfer of funding from Pakistan’s ISI in violation of FARA. Incidentally, Fai had been very active in organizing Bharat-bashing seminars in US where people like Dileep Padgaonkar, Rajinder Sachar, Angana Chaterjee, Kamal Mitra etc enjoyed his hospitality.

So why does the US expect Bharat to bend over and allow its own laws like FCRA Act 2010 to be broken? If US claims that Bharat is a trusted partner, then it needs to back up those words with action and stop supporting organizations like Compassion International which are carrying out cultural genocide of our civilization. Until US state policy keeps promoting evangelical Christian organizations cloaked as welfare orgs, Bharat and US can never be friends. We can only have a transactional relationship.

Hindus need to awaken and realize where our national and civilizational interests lie. The next time you see someone singing praises of USA or taking pride in being a ‘global citizen’, do remind him/her of these facts. There are no permanent friends or enemies in international relations – and there is no reason for Bharat to bow down to US tantrums.

The Modi Government has done well to tighten the screws on organizations like CI who were merrily abusing our laws all these years. But the fact is that so many of our institutions have been weakened over the years, that we remain susceptible to pressure from within and without.

I hope & pray that this is fake newshttps://t.co/qAItZl560X

Compassion broke the law. If you go back on this, is there a point in following the law? @KirenRijiju @HMOIndia https://t.co/AX3B6FNJeN

All Hindus need to lend their voice and oppose restoration of FCRA license for Compassion International. We cannot afford to ignore the evil of predatory evangelism.