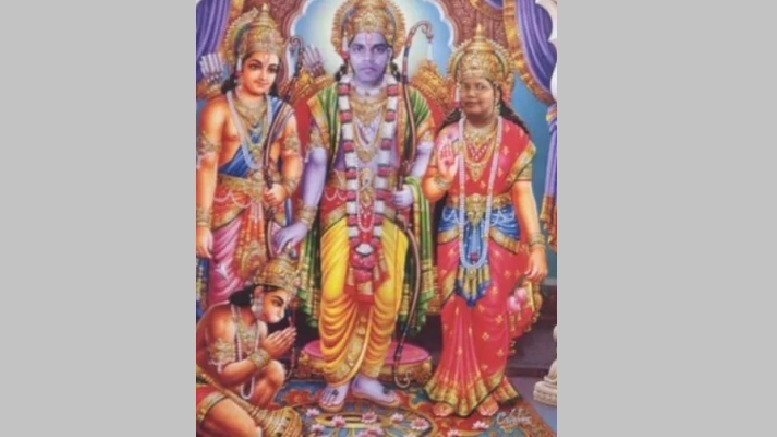 An exhibition of visual arts organised at Banaras Hindu University has led to a major controversy.

Amresh Kumar, assistant professor of Visual Arts himself, has superimposed his picture on a painting of Bhagwan Shri Ram and his wife’s face on the picture of Sita.

The exhibition has been organised in the Faculty of Visual Arts of Banaras Hindu University.

Angry students are now demanding action against Amresh Kumar and have accused him of inciting religious sentiments.

Amresh Kumar said that this is not a big deal, because Ram belongs to everyone. He did not take further questions on the matter.

The BHU administration has, so far, remained silent on the controversy.

The students have said that if action was not taken at the earliest, they would start a protest.

LPU professor sacked after denigrating Bhagwan Ram, but why not arrested?