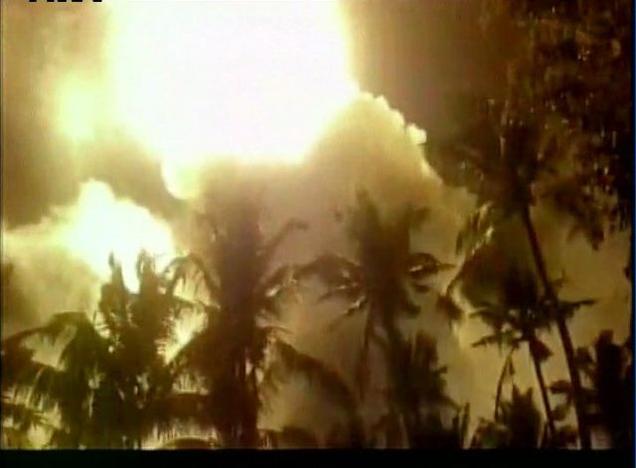 At least 102 persons were killed and over 350 injured after a fire broke out at the Paravur Puttingal Devi temple around 3:30 a.m on Sunday. The fire is believed to have been sparked during a fireworks display – sparks reportedly fell in a building which was being used to store all the fireworks. The fireworks ceremony was held as part of the annual festival of the temple, near Kollam. Close to 15,000 people were reportedly present when the fire broke out.

Over 100 victims are admitted to the district hospital in Kollam. Many of the injured died before they could reach a hospital. Victims were also admitted to the Thiruvananthapuram Medical College Hospital and at various private hospitals in Kollam.

Fire at temple in Kollam is heart-rending & shocking beyond words. My thoughts are with families of the deceased & prayers with the injured.

I will be reaching Kerala soon to take stock of the situation arising due to the unfortunate fire tragedy in Kollam.

Our condolences to the families of deceased – ॐ शान्ति ॐ- and prayers for those injured.

But even at this time of tragedy, the question must be asked – who is responsible for this laxity? Most of the important temples of Kerala are managed by Devaswoms. Devaswom (Deva means God and Swom mean ownership in Sanskrit) is a socio-religious trust with government and community nominated members as trustees to manage Hindu temples – hence the State Government controls all assets and is responsible for the smooth functioning of temples. The four devaswoms (Guruvayur, Travancore, Malabar and Cochin) together manage nearly 3000 temples in Kerala.

(This article has been curated from the following news sources – 1, 2)