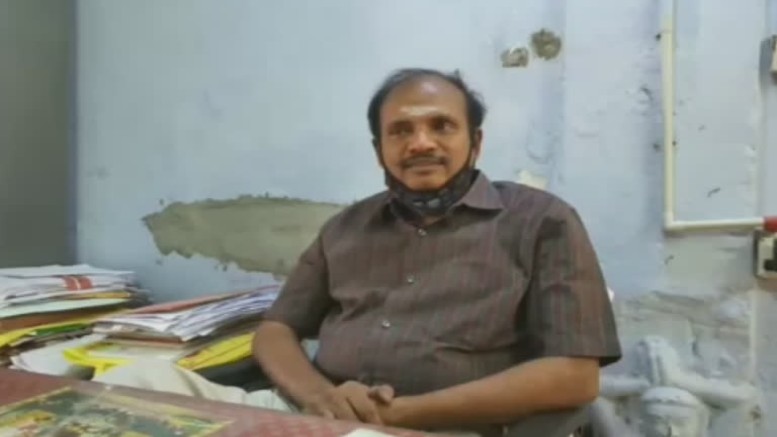 Shocking details of a HRCE official amassing Rs.41 lakh in his tenure as the Joint Commissioner of Kanyakumari district temples have emerged after investigation. The Vigilance and Anti-corruption bureau has filed an FIR against him after the accusations were found to be true.

M.Anbumani, an advocate by education, joined the TN HRCE department in 1999 as an assistant commissioner. He is said to be from a modest background. He worked as the Joint Commissioner(JE) of Kanyakumari district temples between 15.09.2017 and 11.03.2021. During this period many complaints were filed against him with the HRCE department of corruption and illegally amassing wealth.

The vigilance and anti-corruption bureau investigated the complaints against Anbumani and found them to be true. The amount of wealth earned by him during the period of 1.10.2017 to 31.12.2019 as the JE was taken into account and the bureau came to the conclusion that he had acquired assets disproportionate to his income during the same period.

The bureau estimatedt value of the disproportionate assets to be Rs.41 lakh (40,90,734). Following this an FIR has been filed against Anbumani for acquiring assets disproportionate to his income while working as a government servant. Anbumani is currently holding the position of Regional Joint Commissioner of Thoothukudi and Tenkasi district temples.

In his tenure, Rs.3.85 crore worth tenders were sought for the renovation of Eraniel Palace. The palace, built by the Chera Peruman dynasty that ruled Kanyakumari, belongs to the 8th century. Despite having historical importance the palace lies in neglect and has become a camping site for anti-social elements. While the intention to renovate the palace was announced by late CM Jayalalithaa in 2014, no steps were taken to implement it.

Later funds were allotted and a board was put up in front of the palace that trespassers would be punished by Kanyakumari HRCE. But the tender process for the renovation work was accused to be partial and HRCE and some politicians were accused of corruption. Now there is a case pending against the tender process.

Deva Prashnam conducted in Mandaikkadu Bhagavathi Amman temple which also came under Anbumani’s jurisdiction revealed shocking details of apathy in HRCE controlled temples. It also revealed rampant corruption and how even the silk donated to Amman are sold by HRCE illegally.

Similarly many discrepancies have been reported in the renovation project of the famous Thiruvattar Adi Kesava Perumal temple. As per news reports pujas and festivals aren’t conducted as per the Agama. TN government allocated Rs.97 lakh for renovation of the temple. However later it came to notice that the person who was given the tender to redraw murals used acrylic paint instead of herbal colours as the tradition mandates.

JE Anbumani is said to have used the illegally obtained wealth to buy property near the Kumara Kovil temple which is overseen by those who retired from HRCE jobs. There are also allegations of Anbumani meddling in HRCE run institutions. While the bureau’s action is welcomed by activists, the elephant in the room, government control of temples, which is the main reason for such corruption, not being addressed remains to be Hindus’ foremost concern.