The Science of “Ruling Out Links” in Murder Investigations 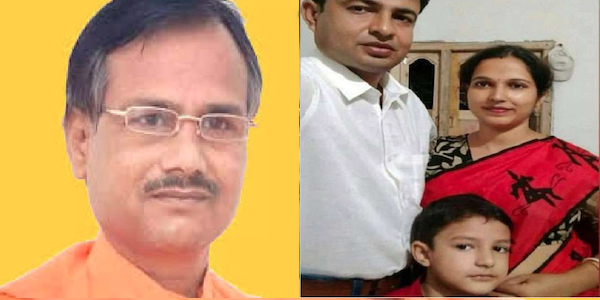 In the past few days, we have witnessed astounding displays of a certain science: that of “ruling out links” of a murder to Jihadist terror, in a matter of hours. First, we saw this display from West Bengal police who were investigating (one presumes) the murder of 4 people of the Bandhu Pal family.

Then, 4 days ago, when Kamlesh Tiwari was slaughtered in a very ISIS-like fashion, once again we saw the amazing display of the science of “ruling out” ISIS or terror links.  Instead, “aapsi ranjish” (personal enemity) was deemed the source of this brutal killing. This was done within hours of the murder.

One wonders how ruling out comes so easily to our gifted police investigators.  After all, ruling out is a difficult thing: one would have to exhaustively preclude all possible paths linking the murder to the ruled out source.  But our investigators manage to do this within a few hours! And amazingly, they manage to even do it before they have solved the case: namely, before they know what IS the real source of the murder.  That is doubly astonishing.

Take Kamlesh Tiwari’s murder.  EVEN THOUGH the Gujarat police had arrested 2 ISIS operatives who revealed that Tiwari’s murder was high on their list of Jihadi priorities, and EVEN THOUGH Tiwari had been receiving death threats for his alleged defamation of Mohammed, the UP police were able to “rule out links” to ISIS or Jihad within hours.

How? Well, its elementary, Watson. You see, the killers had a cup of tea with the victim before they killed him. Therefore, they were his personal acquaintances. How brilliant. And how ridiculous. First of all, the killers had an elaborate scheme to gain Tiwari’s trust: they came dressed as Hindutva adherents, brought “Diwali sweets”, and had a story of how one of them wanted to marry a Muslim girl and wanted Tiwari’s help.

To this, Tiwari is reported to have said “I can only help you to get a job after marriage, and be safe, cannot do more.” Now, it is customary in Bharat to offer tea to anyone who has come to visit, hence the tea was served. Hell, even at shops in Bharat, customers may be offered tea if they are there for a long time. Being served tea in Bharat means nothing except that the host is hospitable, which most Hindus are, given the scriptural injunction of “atithi devo bhavah.”

Now, a day later, it turns out that Tiwari was indeed slaughtered for “Gustakhi-e-rasool” by Jihadis.  So one should ask how a day earlier any such link had been “ruled out.”

I also have serious doubts about the “solved” case of Mr. Bandhu Pal. Is it really believable that a first time offender will, for the sake of a receipt of Rs. 24,000, so brutally massacre an entire family and then conveniently leave his passbook at the scene of the murder? Of course, anything is possible, but it is not likely. The brutality with which even the child Angan, all of 7 years old, had been slaughtered, points to something more sinister. But again, we know that anything further than the mason who is supposed to have killed Mr. Bandhu Pal’s family has been “ruled out.”

So, to answer the question of what is the science behind ‘ruling out’?  My contention is that it is a two-word science, with which all Indian police are all too familiar. It is called “secular pressure.”