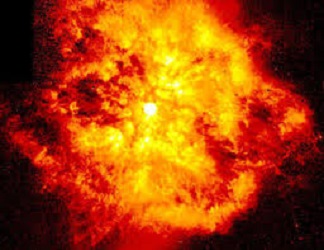 At least eight passengers were injured in a bomb blast in a Haryana Roadways bus on the national highway-1 near Pipli town in Kurukshetra district on Thursday afternoon.

According to media reports –

“The Sonepat depot bus (HR 69 B 6340), carrying 25 people, was going from Delhi to Chandigarh when the blast took place near Haryana Tourism’s resort Parakeet. Driver Sanjay Kumar stopped the vehicle on the roadside safely.

Kurukshetra superintendent of police (SP) Simardeep Singh said the injured, including the driver and conductor of the bus, were admitted to the civil hospitals at Kurukshetra and Pipli.

The SP said, “Forensic experts have been called to collect samples from the bus. The reason behind the blast could be ascertained only after the forensic examination.”

He said security had been beefed up in the region after the incident.

Talking to Hindustan Times, deputy superintendent of police (DSP-headquarters) Krishan Kumar said in the preliminary investigations, it was found that the blast was of low intensity and the explosives were kept in a bag. “It was a pre-planned blast and the bag was used to plant explosives in the bus,” he added.

This blast tells us that even though Bharat has not seen any major terror strike on civilian areas in the recent past (not including J&K, Maoist affected areas & the North East, and considering that in Gurdaspur and Pathankot terror attacks the targets were largely military installations), we can never let out guard down, and all parts of the nation face a constant terror threat.

Our security agencies deserve credit for the wave of pre-emptive arrests of terrorists with ISIS leanings they have made in recent months in cities like Bangalore, Tumkur, Mangalore, Hyderabad, Mumbai and Lucknow. This has gone a long way in avoiding the kind of brazen serial bomb blasts we witnessed in the period from 2003-2013. But the threat is ever evolving, as the new video threat from Bharat-born ISIS jihads shows.