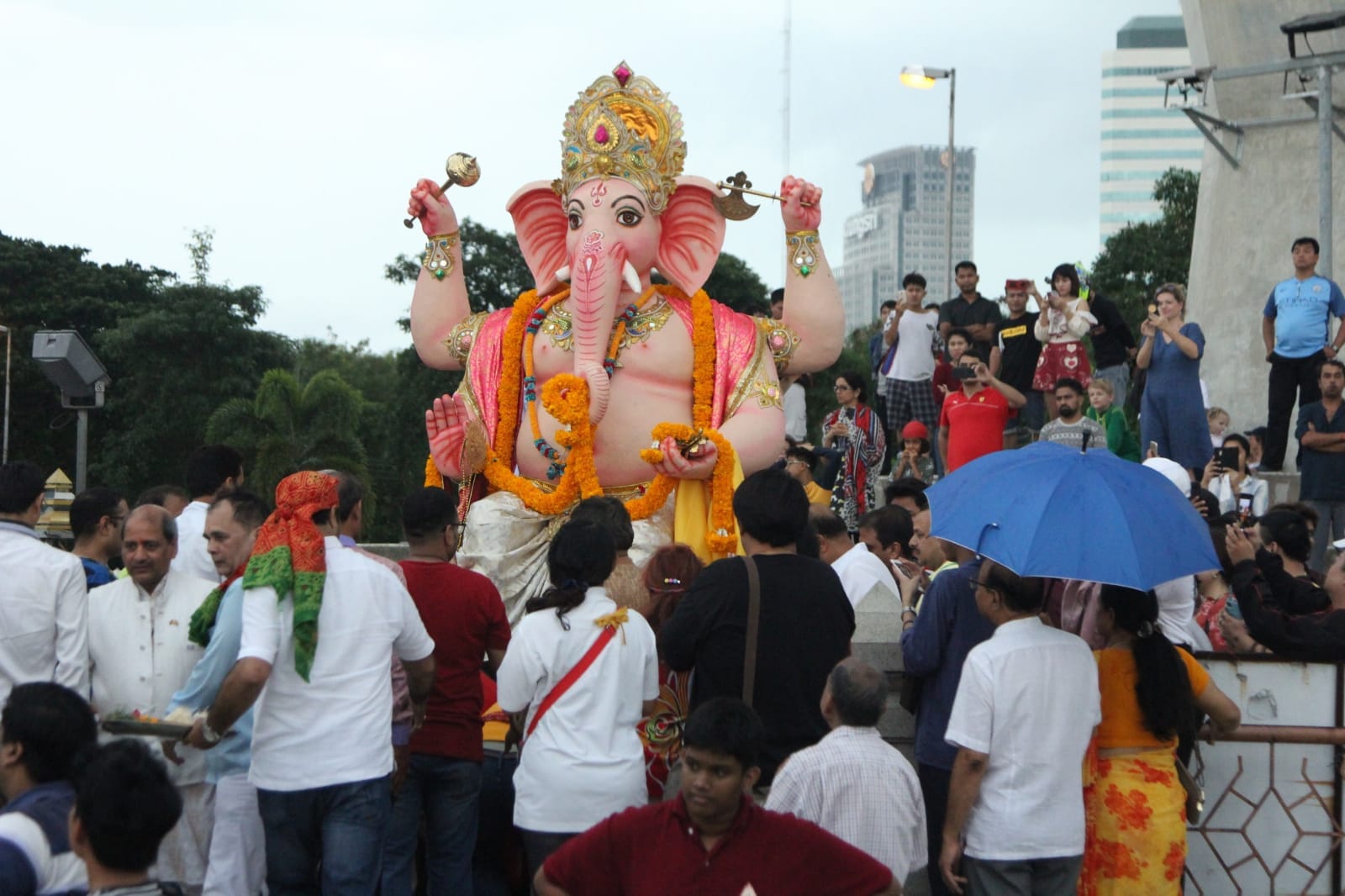 The Telangana government on Tuesday challenged, in the Supreme Court, the High Court order banning immersion of Ganesh idols made of plaster of Paris in Hussain Sagar lake in Hyderabad.

With the High Court on Monday refusing to modify its order, the state government filed an appeal in the apex court.

Animal Husbandry Minister T. Srinivas Yadav told reporters that the state government’s petition may come up for hearing on Wednesday. “We will wait for the Supreme Court order and will act accordingly,” he said after a delegation of Bhagyanagar Ganesh Utsav Samithi (BGUS) called on him.

The organisers had demanded the government to take measures to ensure smooth conduct of immersion like every year.

A leader of BGUS said it was for the government to go to Supreme Court or bring an ordinance to ensure that the immersion take place without any hurdles.

The decision to file an appeal in the Supreme Court was taken after Chief Minister K. Chandrasekhara Rao discussed the situation created by the High Court order with Chief Secretary Somesh Kumar, Municipal Administration Secretary Arvind Kumar and other top officials late on Monday.

The government decided to go for an appeal keeping in view the sentiments of devotees and the problems faced in implementing the ban on immersion of idols made of PoP in Hussain Sagar.

The High Court on Monday dismissed the revision petition filed by the state government to allow immersion of PoP idols in the lake.

A division bench of acting Chief Justice M.S. Ramachandra Rao and Justice T. Vinod Kumar made it clear that it cannot permit water pollution by allowing immersion of PoP idols.

“You created a situation of impossibility, now solve it. We cannot grant permission to people to pollute Hussain Sagar,” the bench said.

The court also refused to allow immersion into Hussain Sagar from Tank Bund road, saying the huge amount of tax payers’ money spent by the government to beautify the stretch will be wasted.

It also asked the authorities if they implement the laws or violate them.

The petitioner had mentioned that if the immersion was not allowed from Tank Bund, it may take up to six days for immersion of thousands of idols brought to the lake.

While refusing to modify its order, the High Court had stated that if the government doesn’t like its order, it can challenge the same in the higher court.

With less than a week to go for the immersion, the High Court order had landed the authorities in a dilemma.

Yadav earlier stated that by the time the high court delivered its decision on immersion of PoP idols, 35,000 Ganesh idols had already been installed at various locations in Hyderabad and it was not possible for the government to make alternative arrangements by constructing special ponds at such short time.

He said lakhs of people are likely to participate in the immersion procession across the city and all arrangements were being made for peaceful and safe immersion.

The court had pronounced orders on a contempt petition filed by advocate Mamidi Venu Madhav for not implementing the court’s orders in the writ petition filed by him seeking a direction to restrain people from immersing idols made of plaster of Paris in Hussain Sagar lake.

Every year, thousands of idols are immersed in Hussain Sagar. Huge idols are brought to the lake in a mammoth procession which starts from Balapur on the city outskirts.

NGOs, environmental activists and eminent citizens have been voicing concern over the pollution in the lake and demanding curbs on immersion.