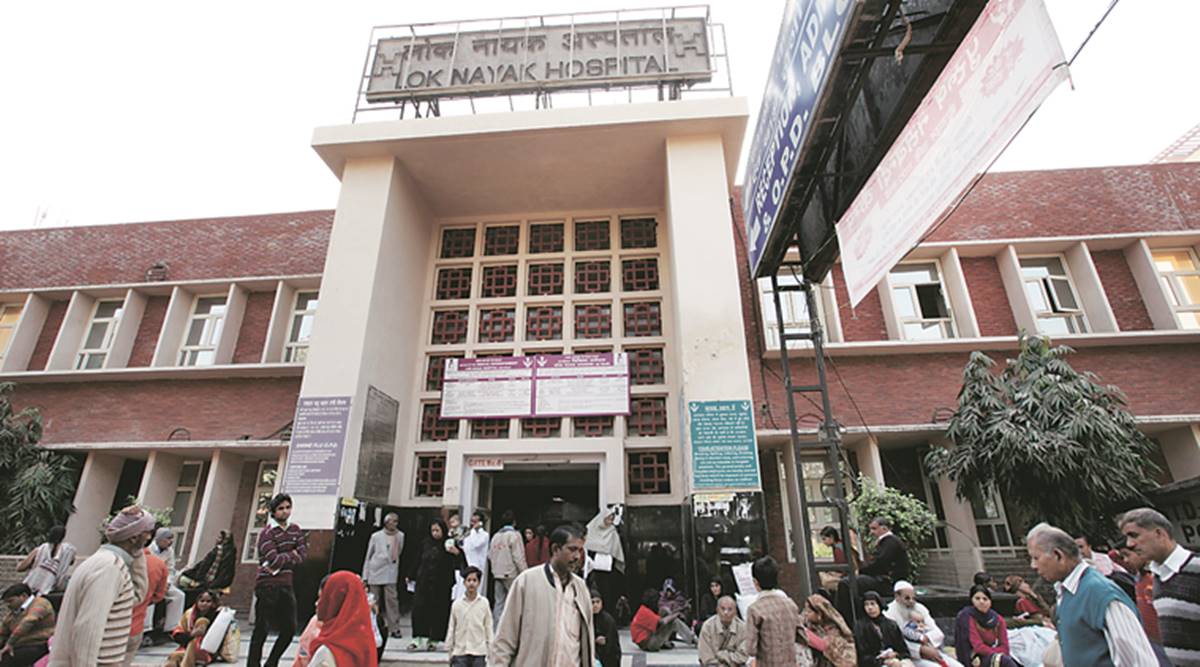 Yet another distressing incident of Tablighi Jamaat patients behaving in a criminal manner with doctors and medical staff has come to light, this time from Lok Nayak hospital, New Delhi.

A patient in block ward 5A started hurling vulgar abuses on a female resident doctor attending to him. When an accompanying doctor objected to this, the accused patient gathered a large mob of other patients and they all threatened the doctors and staff on duty. The healthcare workers had to rush and lock themselves inside their duty room, as the mob tried to break open the door.

Hospital administration and security officials also did not respond adequately to the doctors’ distress calls. The Resident Doctors Association has now asked for an FIR against the accused patient, presence of armed policemen at all COVID guards, and disciplinary action against negligent hospital administrators.

Delhi: A female doctor was allegedly assaulted by patients at Lok Nayak Hospital,which is treating people with #COVID19. It happened y'day inside surgical ward. When a male doctor came to rescue her,they were manhandled by patients.Doctors had hid inside duty room&called security pic.twitter.com/yMF3mVb3KI

This incident comes after several other similar complaints against Tablighi Jamaat members quarantined or being treated in UP, Delhi, Bihar etc. The first case of misbehaviour and sexual harassment of female nurses by Jamaatis who were walking naked, making obscene gestures, and listening to vulgar songs had been reported from a Govt. hospital in Ghaziabad. Eminent members of Lutyens’ Delhi had cast doubts on the integrity of the nurses who had reported that incident.

Since then, cases of Jamaatis misbehaving with female nurses have come from at least 3 more places – Bihar, Kanpur, Trichy. Besides this, Jamaatis have defecated in corridors, thrown urine-filled bottles, broken hospital windows to escape, and generally created a ruckus wherever they have been kept. UP admin has mandated that no female health staff or policewomen will be posted in wards where Jamaatis are kept. Indian Army had to be called in to maintain the Narela quarantine centre in Delhi after local staff failed to keep Jamaatis in check.

Eaelier too, Lok Nayak hospital was in the news when nursing staff had to protest for separate accommodation like doctors had been given. Just like UP, Delhi Government and others across the country need to stop deploying any female staff in wards where Jamaatis are kept, and secondly file FIRs under stringent NSA law to deter their criminal acts.

Despite all this, the single biggest concern among secular-liberal intelligentsia and the political class is that Tablighi Jamaat should not be ‘defamed’, that no one should spread ‘Islamophobia’ by criticising them. The nurses, doctors, health workers, police persons and others who are suffering in trying to manage the Jamaatis are just acceptable collateral damage for our seculars. Stating simple facts that the Jamaatis, who are responsible for around one-third of all Covid-19 cases in the country, have played a huge role in lockdown extension – which will hurt millions and damage the economy even more – is being portrayed as ‘hate speech’.

Jamaatis have refused to heed authorities’ calls to come forward and submit to health screening and quarantine – some reports say that around 6000 Jamaatis who attended the Nizamuddin event have switched off their phones and are untraceable. Yet, rather than ask Tablighi Jamaatis to listen to medical advice, fellow hardline Islamic organisations like Jamaat-e-Islami-Hind have thought it more important to petition Supreme Court to stop ‘demonisation of Muslims in press.’