Shocking video of BJP woman worker humiliated in front of her daughter: WB 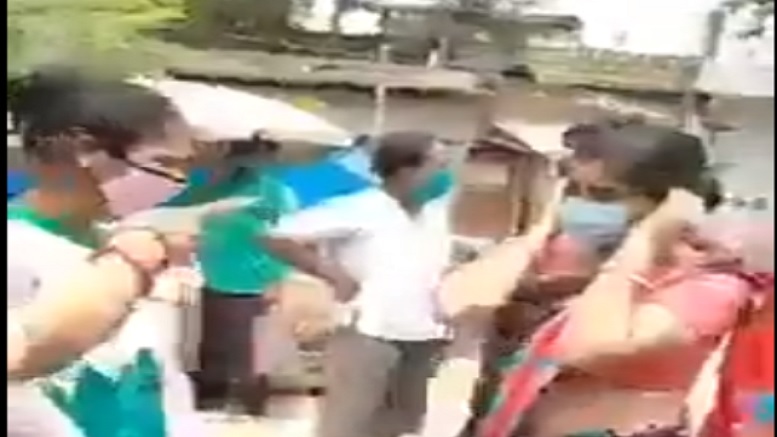 The horrific videos emerging out of WB should be the topic of discussion on every news channel and in every home in the country. But so deep-rooted is the anti-Hindu nature of our polity that apart from a select group on social media, these videos and reports of mass-scale violence against Hindus who supported BJP are being censored or dismissed as ‘fake’ by large sections of mainstream media.

A new video has been shared by BJP leader Kalyan Chaubey, an ex-footballer, which shows a BJP woman worker being made to do sit-ups by a woman TMC leader who is threatening her ‘not to do BJP’, i.e. not to work for BJP. What makes it worse is that the woman is being humiliated thus in front of her teenage daughter who is crying

All right-minded citizens should be deeply disturbed at the events in West Bengal. This is beyond party politics. It shows how utterly Hindus have been dehumanised in the popular mind that such atrocities are hardly registering in the national consciousness and narrative.

All political parties and institutions (judiciary, media, academia etc) are responsible for this state of affairs. TMC is the enabler of this particular pogrom, but the silence of the BJP’s top leadership and reluctance to deploy central forces to stop the carnage is shocking. This violence will leave a deep pyschological scar on Hindus, as it shows how utterly helpless and orphaned we are as a community.